Lumberjacks shut out in home preseason game against Bloomington 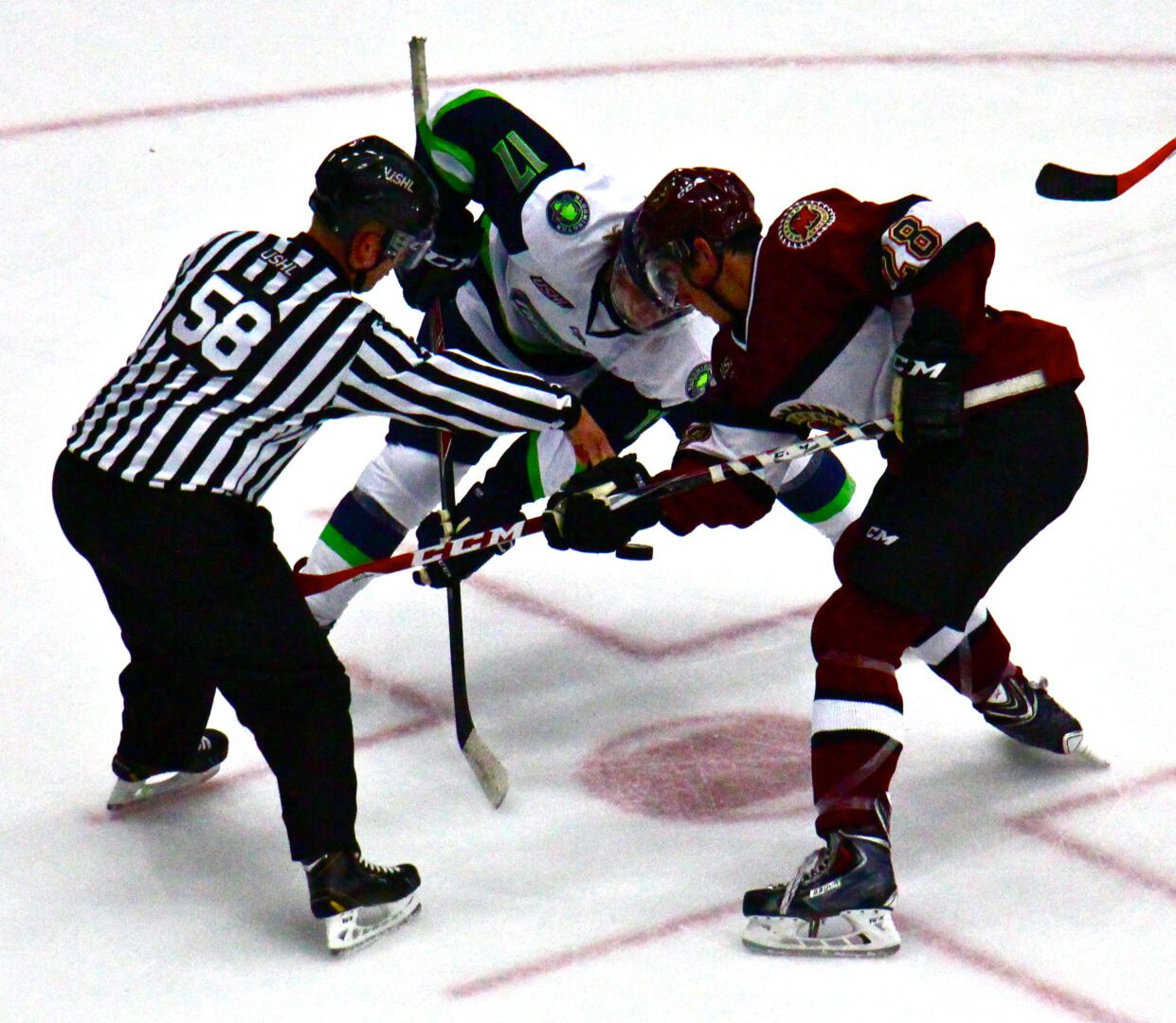 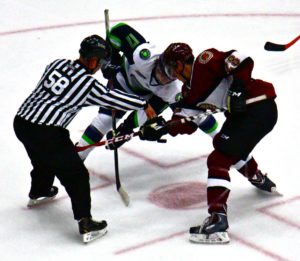 Muskegon’s No. 28 Steven Merl faces off against the Thunder’s Tarek Baker. Photo/Jason Goorman

The Muskegon Lumberjacks fell hard to the Bloomington Thunder, 5-0 in their lone home preseason game on Saturday night.

The Jacks gave up a penalty shot to former Lumberjack Matt Mendelson less than a minute into the game. Joshua Shellman and Patrick Curry added goals to give the Thunder a 3-0 to end the period.

Shellman added his second goal of the contest for a 4-0 Thunder lead halfway through the second period. Ethan Spaxman closed out scoring in the third period.

The Lumberjacks (3-2-0) couldn’t find the net despite having 35 shots on goal. Goaltender Eric Schierhorn played the entire game stopping 35 of 40 shots. 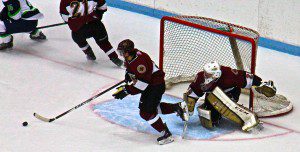 Andrew Barbeau takes the puck up after a shot on goalie Eric Schierhorn. Photo/Jason Goorman

Muskegon’s preseason schedule concludes September 19 and 20, when they participate in the USHL Fall Classic. The Jacks will square off against the Fargo Force and the Lincoln Stars both Friday and Saturday nights. 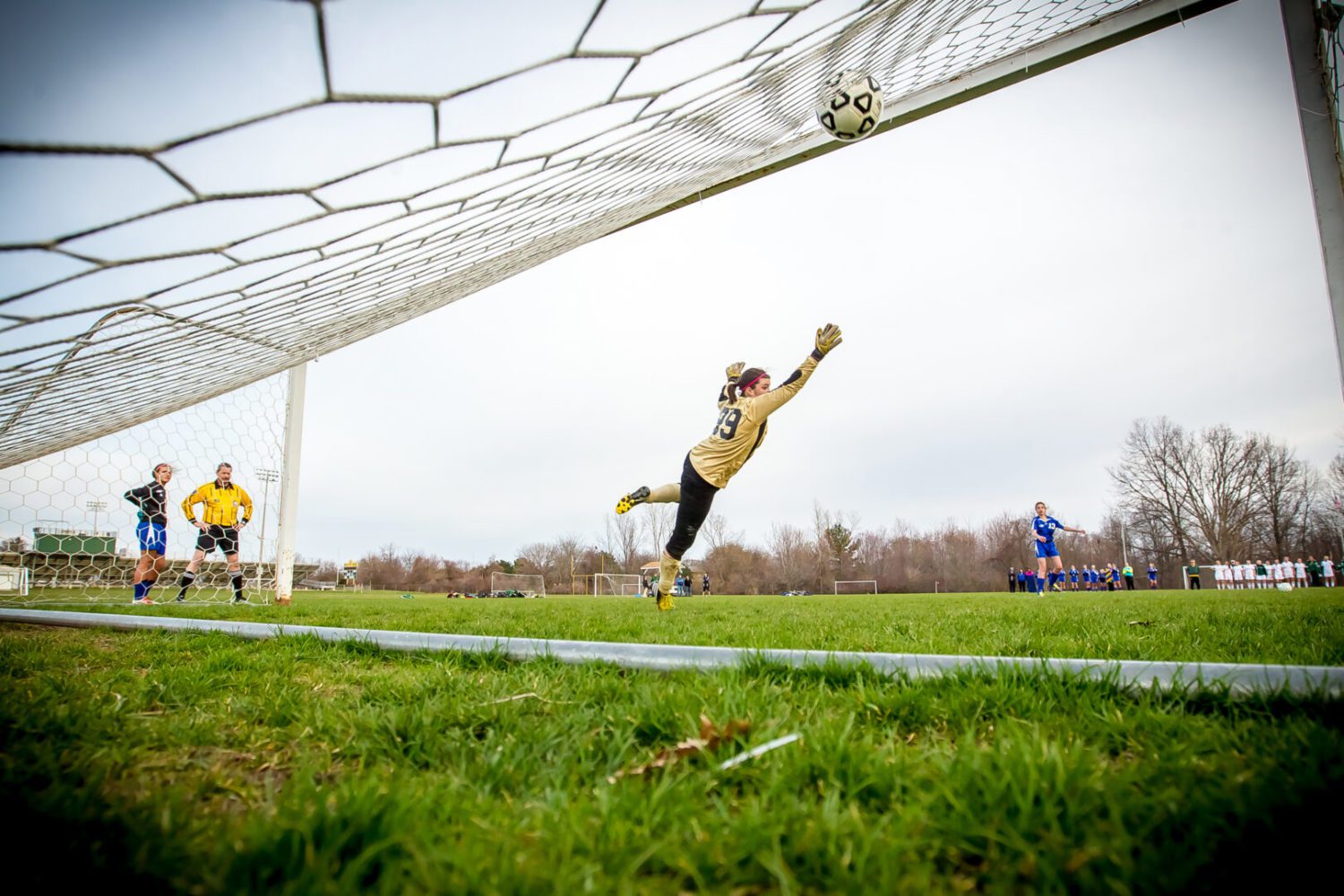