Most people think of tennis as an individual sport.

But at the high school level it’s very much a team game, and depth means a lot. 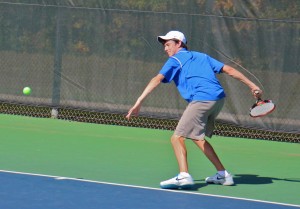 The Mona Shores Sailors obviously have that kind of depth.

They had players in all eight championship matches at Saturday’s Greater Muskegon Athletic Association City meet, and swept the title in five of them.

That was enough to earn the Sailors their second straight city title, finishing seven points ahead of runner-up Whitehall.

Doubles play proved to be the difference between Mona Shores and Whitehall. The two teams faced each other in all four doubles title matches, and the Sailors ran the table to gain their margin of victory.

The No. 1 singles champion was Mona Shores senior Michael Kiley, who defeated North Muskegon’s Brock Dobb in the championship match 6-1, 6-3.

The city title was the third in four years for Kiley, who was the No. 2 singles champion the past two years. 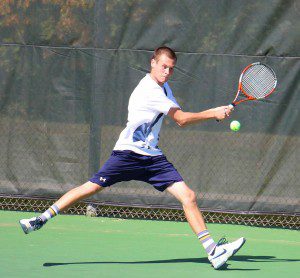 The other flight champions for the Sailors were Ben Romaniello and Dan Ribbink (No. 1 doubles), Koby Gossett and Nick DeBruin (No. 2 doubles), Casey Walukonis and Max DeVoogt (No. 3 doubles) and Alex Geft and Kyle Heethouse (No. 4 doubles). 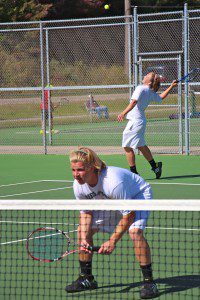