Shoreline Insurance Game of the Week: Oakridge, Ravenna ready to renew rivalry, with a lot on the line this year

There’s Montague vs. Whitehall for White Lake bragging rights. There’s Shelby vs. Hart in the battle of Oceana County

But no rivalry is more passionate than Oakridge vs. Ravenna, two neighboring schools in eastern Muskegon County that love to beat each other on the gridiron.

The Eagles and Bulldogs will lock horns once again in Ravenna on Friday in the Shoreline Insurance Game of the Week. And this year there’s a lot on the line.

Ravenna has re-emerged as a local power following several rebuilding seasons. The Bulldogs are 4-0 overall and 3-0 in the league, and are hungry to make a push for their first title in years.

Oakridge, which has remained a consistent winner in recent years, enters Friday’s showdown 3-1 overall and 3-0 in the league.

Both teams want desperately to win and keep pace with Whitehall atop the West Michigan Conference standings.

But league standings and championships are still secondary in this rivalry, according to Oakridge Coach Cary Harger. This is a heated neighborhood brawl with pride on the line, for players, coaches and local residents, he said.

“Maybe this is a little bigger this year in terms of records, but it will always be a very big game on our schedule,” said Harger, a former Oakridge football player who has experienced decades of the Ravenna rivalry. “It’s very important to people in both communities.

“I remember when I was in high school. My group of friends knew another group of friends from Ravenna, but when it came to that game it was all set aside. It was only after the game that there were handshakes again.”

While many of the Oakridge-Ravenna games have been tight, recent history is clearly on the Eagles’ side.

They have beaten Ravenna 12 out of 14 times since 2000, including 10 years when Ravenna qualified for the playoffs. The Eagles even beat the Bulldogs in 2003, the only blemish in Ravenna’s state championship season.

But Harger says history will mean nothing when the teams square off Friday.

“We told the kids that this is the best Ravenna team they have seen since they’ve been in high school,” he said.

Ravenna Coach David Smith agrees, pointing to last season, when his team had a losing record and Oakridge was fighting for a conference title, yet the Eagles only managed to squeak out a 31-27 victory.

Smith could also point to 2011, when the non-playoff Bulldogs beat an undefeated Oakridge squad.

“Both teams slugged it out for four quarters,” Smith said, referring to last year’s contest. “This game seems to bring out the best in both teams.”

A few weeks ago it didn’t seem like Oakridge would be chasing any championships at all. The Eagles opened the season with a humbling 31-0 loss to Grand Rapids West Catholic and appeared headed for a rebuilding year.

That seemed plausible, since Oakridge lost a lot of seniors from last year’s state semifinal team, and was counting on a lot of inexperienced players in skill positions.

But Harger’s team has rebounded with three convincing conference wins, 44-0 over Montague, 54-12 over Hart and 27-10 over North Muskegon.

“We realized we got beat 31-0, but we all kind of realized it was not a season foreshadowing loss,” Harger said. “We realized those were fixable mistakes that our kids made. It was our first big test with a young team and there were big butterflies. But since then we’ve settled down and realized what we’re capable of.”

Ravenna is experiencing an even bigger comeback after last year’s 4-5 season. But Coach David Smith knew he had a powerful team coming back this year, and so far the Bulldogs have lived up to expectations.

“They’re very anxious for Friday night,” Smith said. “They want to show people that they are not a 4-5 team. And the seniors, especially, want a taste of being on top of the conference.” 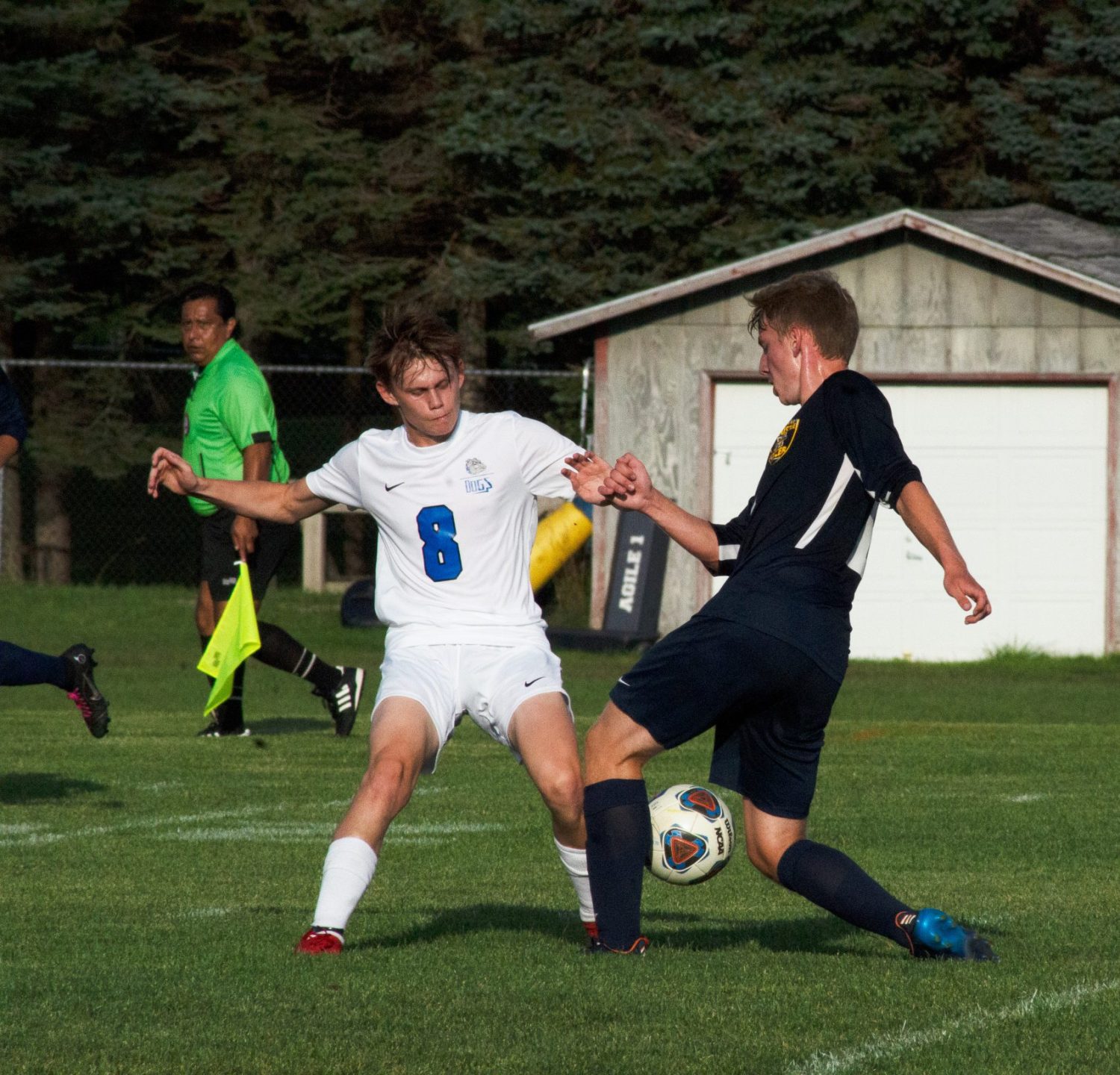