Whitehall takes care of business in win against rival Montague 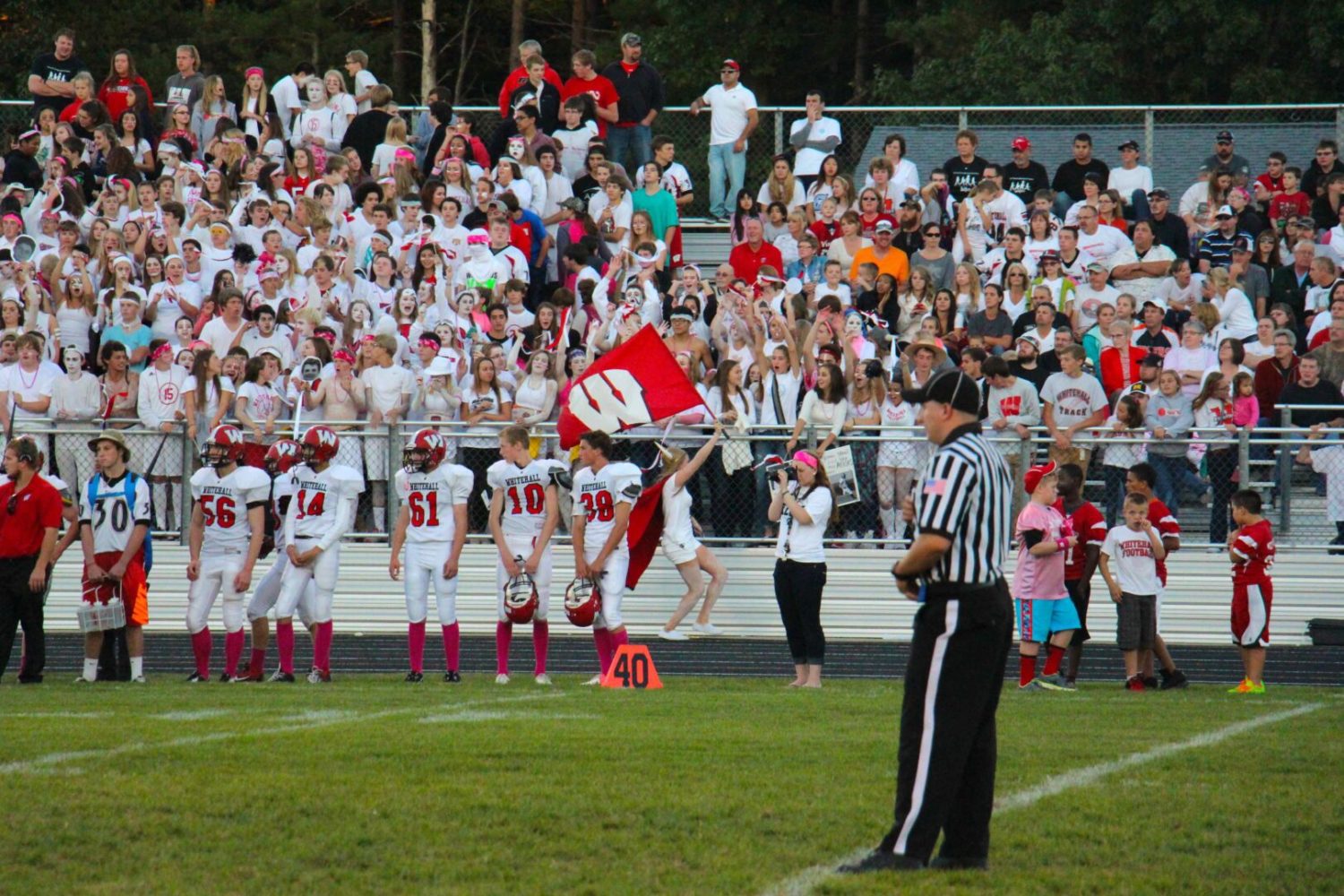 MONTAGUE — The rivalry between Whitehall and Montague has been one sided in football over the last decade.

The Wildcats have dominated, winning nine of the last 10 games. The Vikings’ lone win came seven years ago in 2006.

The Vikings snapped that streak powerfully by defeating Montague 48-20 on the road Friday night.

“It feels amazing,” said running back Trip Thommen, who had a monster game with 25 carries for

“I followed my linemen,” said Thommen. “They gave me an opening.” 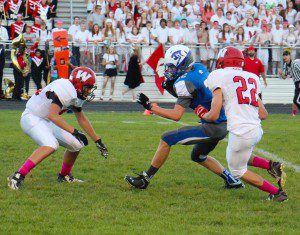 Montague’s Mike Meekhof gets ready to be taken down by Whitehall’s No. 22 Luke Morningstar and Connor Rake. Photo/Jason Goorman

For the Vikings, the win improves their record to 5-0 on the season and 4-0 in the West Michigan conference. This start for Whitehall is the best since 1999.

“We are one game closer to the playoffs and we need to focus on that because right now our kids deserve that.” said Whitehall coach Tony Sigmon. “We still have a lot on our plate this season and we have to take care of our business.”

Zarren Aylor scored on a 2-yard run to give the Vikings a 6-0 lead with 9:07 to play in the first quarter.

The Wildcats (0-5, 0-4) would string together two touchdowns on drives that came off two Viking turnovers.

Brandon Wemple scored from 28 yards out on a pass from Jacob Buchberger to give Montague a 7-6 lead late in the first.

Thommen put the Vikings on top for good with a 23-yard score with 36 seconds left in the first half. Thommen added a 59-yard score on the first play from scrimmage in the third quarter giving Whitehall a 28-14 lead.

Montague running back Eddie Caviedes cut the deficit to 28-20 on a 25-yard touchdown with more than 10 minutes left in the third. 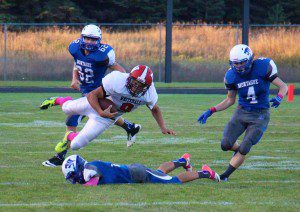 The rest of the contest belonged to the Vikings as they outscored Montague 20-0 to pull away for the victory.

Nolan Throne scored on an 11-yard reception from Aylor to give the Vikings a 35-20 lead after the third.

Aylor went 7-for-15 passing with 65 yards and one touchdown and also rushed for 127 yards on 13 carries.

“This wins means a lot.” said Aylor. “I have been dreaming about this (beating Montague) since I came to Whitehall.”

Thommen closed out the scoring for the Vikings with two touchdowns in the fourth quarter from 20 yards and 32 yards out respectively.

“They wore us down,” said Montague coach Pat Collins. “Our guys battled and I am proud of them.”