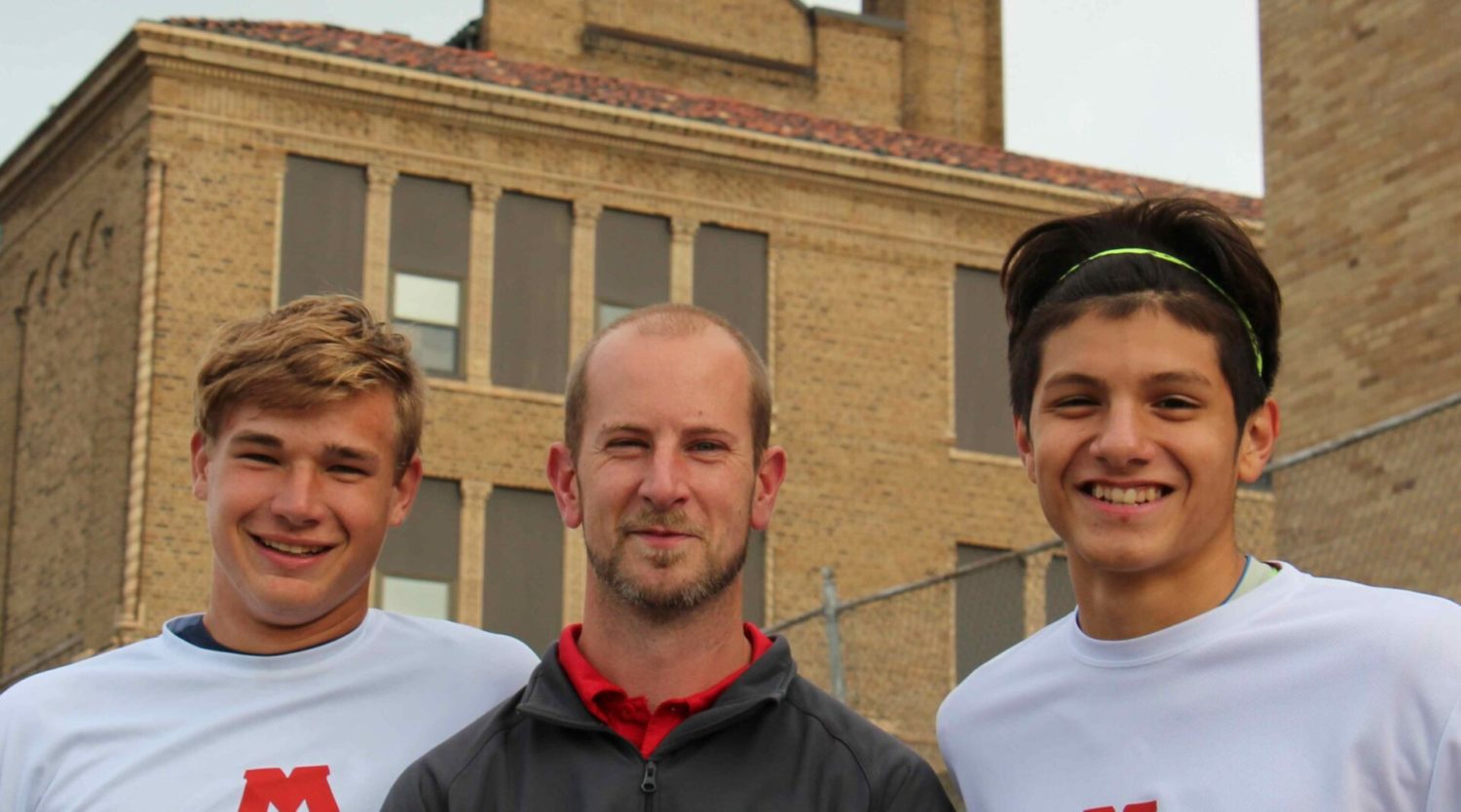 MUSKEGON – When you look at the list of traditionally elite boys soccer teams in the area, it includes a lot of schools from suburban areas – Grand Haven, Mona Shores, Whitehall, Spring Lake and Fruitport.

Well, city kids can play pretty good soccer, too. The up-and-coming Muskegon Big Reds have proven that two years in a row. 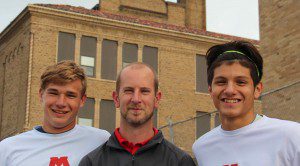 In 2013 Muskegon jumped from three wins in the previous season to a nine-win regular season, and won their first district tournament game in years.

And now the Big Reds have just completed a 10-victory regular season (10-5-1), which is even more impressive considering they have only three seniors, and only played a 16-game schedule, rather than a standard varsity 18-game schedule.

They enter next week’s Division 1 district tournament with a new confidence that they can compete with anyone in the bracket – even Mona Shores, which they beat once and pushed to overtime twice in the past two seasons.

Not bad for group of kids from a school that wallowed in soccer misery for lot of years.

“I feel good about our chances of getting to the district final,” said Muskegon Coach Jeff Holmes, whose team opens the tournament Monday against Kenowa Hills, a team the Big Reds beat twice this season.

“There’s nobody in the district we’re afraid of. I feel confident we will be a tough team to beat, regardless of the matchup.”

The Big Red soccer turnaround started with the arrival of Holmes, who was promoted from middle school coach to the varsity position in 2012.

Holmes is no expert on the history of Muskegon soccer, but he knows, prior to last year, it hadn’t been good for quite some time.

“I know they were bad for awhile,” said Holmes, who played varsity soccer at Reeths-Puffer and coached his son and daughter in junior leagues. “I think they usually managed one or two conference wins per year at best, and they didn’t have a district tournament win in maybe 10 or 15 years.”

The process started slowly for the new coach, who only managed to coax three wins out of the team in his first season.

“When I took over, I found a big group of guys, and I could see they were all quite skilled,” Holmes said. “But then I looked at what their record had been and asked myself ‘What’s the trouble?

“I found out they were just looking to kick the ball 40 or 50 yards and run after it. I recognized right away that was not the style of play we wanted, but it took quite a while to break some guys of old habits.”

The payoff started coming in 2013, when the Big Reds discovered they could win a lot of games.

The biggest victory was a 3-2 overtime upset of O-K Black Conference champion Mona Shores, which Muskegon reportedly had not beaten in decades.

The Big Reds also secured their first district tournament victory in years with a first-round win over Fremont.

The regular season win over Mona Shores was a key point in the turnaround, according to Holmes.

“That was a signature win,” Holmes said. “I think the guys started to gain a lot of confidence as a team, and started realizing that their skills are at least equal to a lot of other team’s. They feel they can compete with top competition now.”

The victory marked the first time Holmes changed his team’s formation from a more defensive posture to a more aggressive offensive attack.

“The first time we played Mona Shores (in 2013), we lost 6-0,” he said. “We just loaded up the defense. We had almost no possession – we just allowed them to shoot and shoot and shoot. After that I told the guys that I was going to change formations so we could play possession ball.

“So we started loading up the midfield (to keep the ball in the attack zone) and counted on our skilled players up front.”

That change helped foster the team’s continued success this season.

The 2014 Big Reds defeated Reeths-Puffer and Zeeland East for the first time under Holmes, improved from three wins to five in the O-K Black, pushed Mona Shores to overtime again, and finished the regular season winning four out of five.

“I told my seniors (after beating Reeths-Puffer last week), they have now beaten every team in our conference during their high school career,” Holmes said. “I couldn’t tell you the last time a Muskegon senior class could make that statement, but it’s a testament to the work these guys have put in.”

“Miguel is the most talented player with the ball at his feet that I’ve ever coached,” Holmes said. “He wows me every time he touches the ball. His skill is unsurpassed in the area. Last year his shots were sometimes wild, but this year his maturity has really come through.

“I’ve gone on record several times saying if I’m going to build a soccer team, Daniel Sischo would be one of the first pieces I would put in place. He’s a great scorer, but he’s also a great leader who gets everyone involved. He’s extremely unselfish.”

Flores and Sischo will soon play their last game for Muskegon, but luckily for the Big Reds, they and only one other senior will be departing, That means an experienced squad will return next year to keep pushing the program forward.

“Everything indicates that next season we should show even more improvement,” Holmes said. 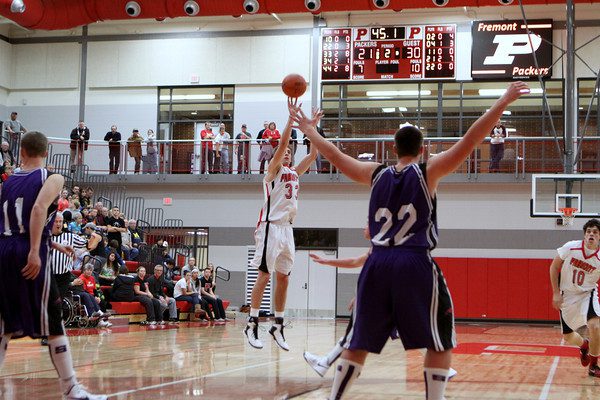 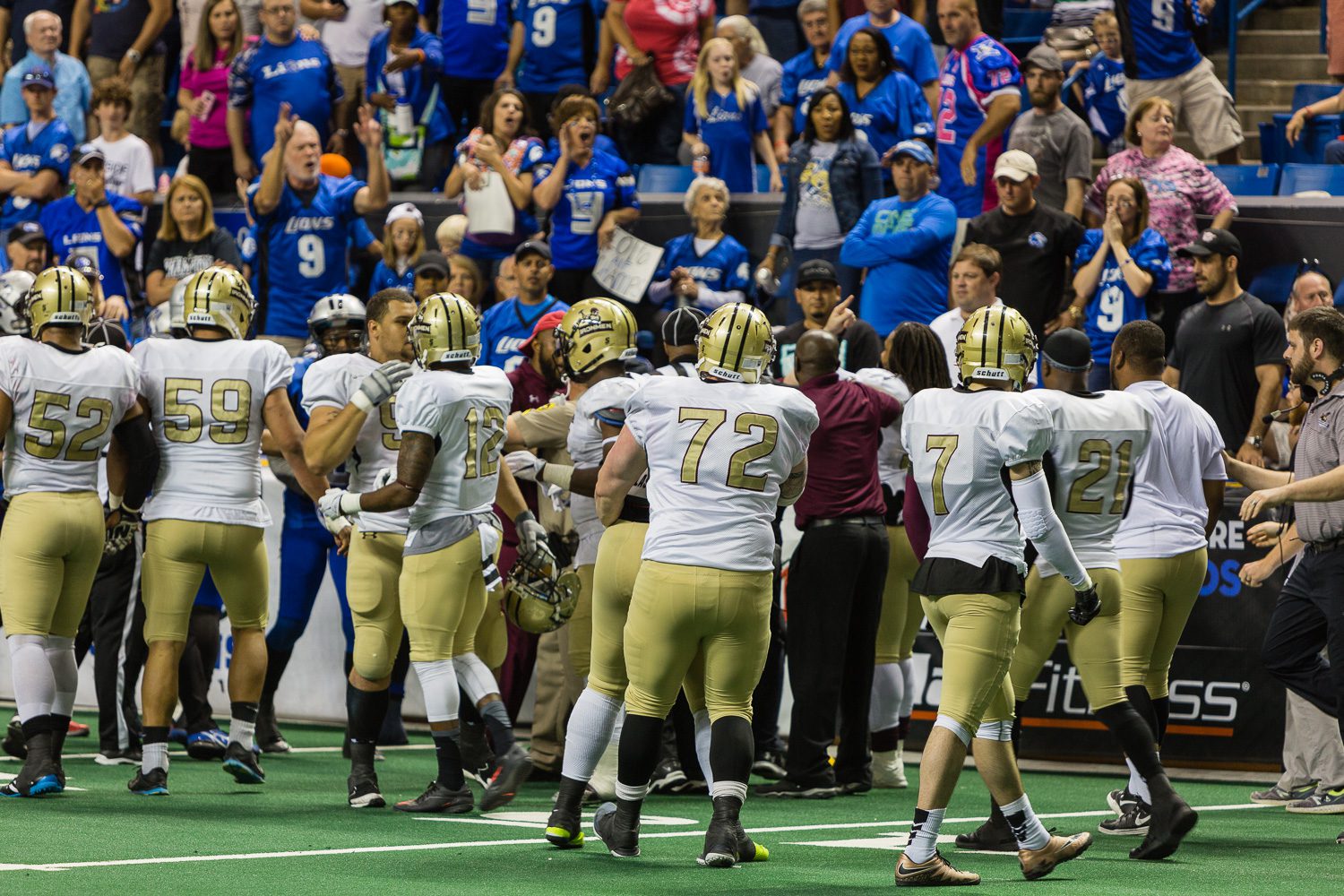