FRUITPORT – The Fruitport Trojans keep facing playoff elimination every week, and they keep fighting it off.

Not long ago the Trojans were limping along with a 2-3 record, which meant they had to win their last four games to secure a playoff spot. That seemed like a daunting task, with several tough opponents left on their schedule.

But suddenly they are halfway to achieving their ambitious goal, following Friday’s 27-6 victory over Spring Lake in an Lakes 8 Conference football matchup.

Fruitport improved to 4-3 overall and 4-1 in the league. The Trojans will finish their season with two more must-win games, against St. Johns and DeWitt.

”Confidence breeds success,” said Fruitport coach Greg Vargas, whose team clinched second place in the Lakes 8 Conference, behind champion Muskegon Catholic.  “Week-to-week, it’s a playoff week, because our backs are against the wall.

“It’s an unfortunate hole that we’re in, but on the other hand it’s kind of cool because it feels like us against the world.”

Spring Lake looked strong early in the game, marching from its own 37 to the Fruitport eight-yard line on the opening drive. But the effort came up short and the Lakers had to settle for a 25-yard field goal by Kaden Kendall.

The Fruitport offense took advantage of a Laker fumble at the Trojan 44-yard line with 1:51 remaining in the first quarter, and used the turnover to take a lead that would not be relinquished.

The extra point gave the Trojans a 7-3 lead.

Fruitport went up 14-3 on a four-yard touchdown run by Nathan Kriger with 5:08 left in the second quarter.

Wierengo was 6-for-13 passing with 73 yards and one touchdown on the night.

Running back Kriger added to the Trojan lead with 5:08 to play in the first half with a four-yard touchdown run. The PAT gave the Trojans a 14-3 edge.

Kriger finished with 101 yards rushing and two touchdowns on 20 carries.

Fruitport dominated the second half on both sides of the ball.

Kicker Nick Kramer scored the only points of the third quarter with a 22-yard field goal with 6:47 remaining, giving the Trojans a 17-6 advantage.

The Laker offense hit a brick wall on its next possession. Spring Lake had the ball first-and-goal at the Fruitport one, but went backward with two penalties for 20 yards and three negative yardage plays totaling 36 yards.

Spring Lake ended up with a fourth-and-57 from their own 43 and had to punt the ball.

“That defensive possession really sealed the second half of the game for us,” said Kriger, who also plays linebacker for Fruitport and led the team with 13 tackles.

Kriger put the game out of reach with 8:35 left in the fourth quarter when he spun away from several Laker defenders and broke loose for a 45-yard touchdown. The extra point gave Fruitport a 24-6 lead.

Kramer helped set up the score with a 40-yard run on the play before the touchdown.

Kramer tacked on a 27-yard field goal with 2:05 remaining to give the Trojans their final margin of victory.

Jakob Frederick led the Lakers offense with 72 rushing yards on 17 carries while quarterback Mark Williamson rushed for 53 yards on 18 carries. 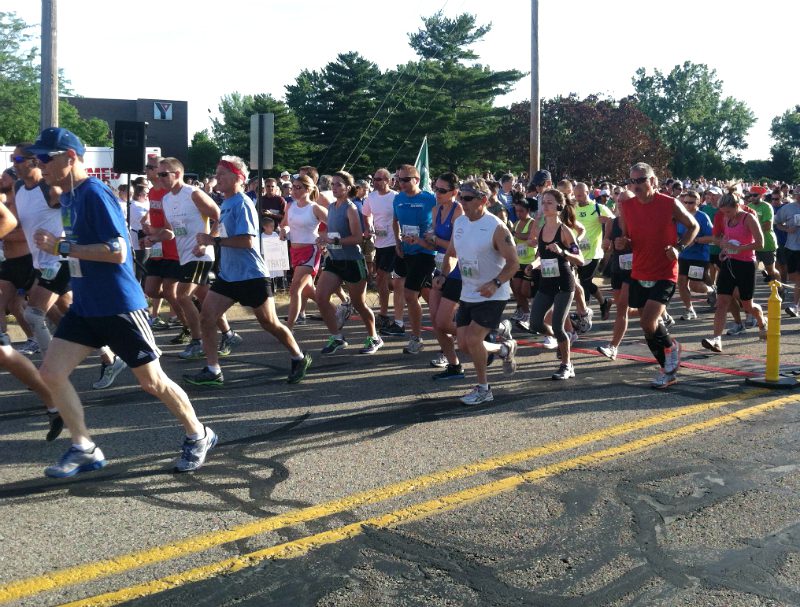