For the second time in as many seasons, the Mona Shores Sailors are playoff-bound.

A 55-6 thumping of Reeths-Puffer on Friday solidified the Sailors’ spot in the playoffs. Mona Shores improves to 6-1 overall and 3-0 in the OK Black Conference and the Rockets fall to 3-4 (1-2) on the season. 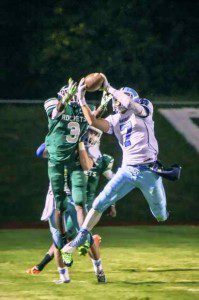 Making the playoffs for just the second time in school history is cause for celebration at Mona Shores, but for head coach Matt Koziak, there is still a lot to accomplish this season for the Sailors.

“It’s big for us (to be in the playoffs again),” Koziak said. “It’s significant because we haven’t done it often. These kids are remarkable and we set that as a standard. That’s just an expectation that we believe in every year.

“It’s a product of our program. Obviously we have some tremendous kids that can run, and throw, and block. Their dedication to our strength program is a key to our success. I’m hoping this can become a regular thing, but we are blessed with some tremendous athletes.”

Mona Shores’ offense cruised up and down the field all night, as Tyree Jackson ran the offense to near perfection. Jackson was 18-for-25 through the air with 291 yards and a touchdown on the night. He also gained 51 yards rushing and scored a touchdown.

“We’ve been really good at running the ball this year and (Jackson) hasn’t thrown it as much,” Koziak said. “He was spot-on tonight, I was so proud of him. I was more than pleased with him running and executing our offense as well as throwing it.”

Matt Schuiteman was on the receiving end of many of Jackson’s passes, as he hauled in seven for 158 yards and a score. Hunter Broersma and Kobe Burse each had four catches for more than 50 yards on the night.

Reeths-Puffer was forced to punt on its opening drive and Mona Shores answered by driving the field, all the way down to the goal line. The Rockets defense held strong, forcing a turnover on downs at the 6-yard line.

With its back against the wall, the Rockets were forced to punt and Mona Shores had good field position to start its second drive. It took just two plays for the Sailors to score, with Jackson capping it off with a 11-yard option keeper for a touchdown with 6:13 left in the first. 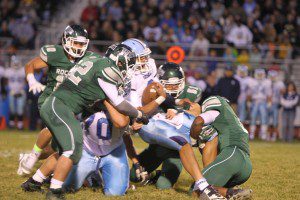 Reeths-Puffer answered right back on a quick 67-yard drive that took under two minutes. Quarterback Jalen Cooley completed two long passes and finished off the drive with a 25-yard scamper right up the middle untouched into the end zone. The Rockets failed to convert the PAT, so Mona Shores owned a 7-6 advantage with 4:23 left in the opening quarter.

The Sailors bounced back on their next drive, going 68 yards, the last 25 of which coming on a Moffett touchdown run. Mona Shores led 14-6 with just over two minutes left in the first.

A few minutes later, Broersma caught a pitch on a sweep play and ran eight yards into the end zone to put the Sailors up 21-6 early in the second quarter.

The Rockets put a decent drive together, but turned the ball over on downs at the Mona Shores’ 35. The Sailors took little time to take advantage, as Jackson ended the drive with a 3-yard touchdown run with 6:17 left in the half. Mona Shores led 28-6 at the half.

Reeths-Puffer attempted an onside kick to start the second half, but the Sailors were ready and began their drive right at midfield. Jackson found Schuiteman on a perfectly thrown strike over the top of the defense after a play-action fake for a 50-yard touchdown.

After a Rockets’ three-and-out, the Sailors took over again near midfield and punched it in again on a 2-yard run by Moffett, to go up 42-6 with 9:17 left in the third.

Moffett scored his second touchdown of the game on Mona Shores’ next drive on a 22-yard run. The Sailors grabbed a 49-6 advantage with 4:20 left in the third.

With the clock running, the second half moved quickly. Second string quarterback Tyler Trovinger took over in the final quarter for Mona Shores. With under six minutes to go, Trovinger ran the option to the right and spun off a would-be tackler and ran past the defense for a 46-yard score to cap off the scoring on the evening.

For the Rockets, Jalen Cooley was 8-for-19 through the air for 144 yards. He added 30 more yards on the ground on 14 carries and a touchdown. Dereko Riley caught four passes for 96 yards and Jordan Cooley racked up 48 yards receiving.

With two games left in the regular season, Mona Shores is very much in the OK Black Conference title race. The Sailors finish the season with Grand Rapids Union and Muskegon.

“We want to hunt and we want a shot at the OK Black,” Koziak said. “There’s only one conference winner, but we had four teams make the playoffs last year. We consider winning the OK-Black as more significant than making the playoffs.” 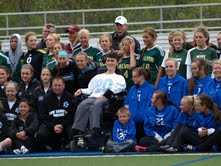 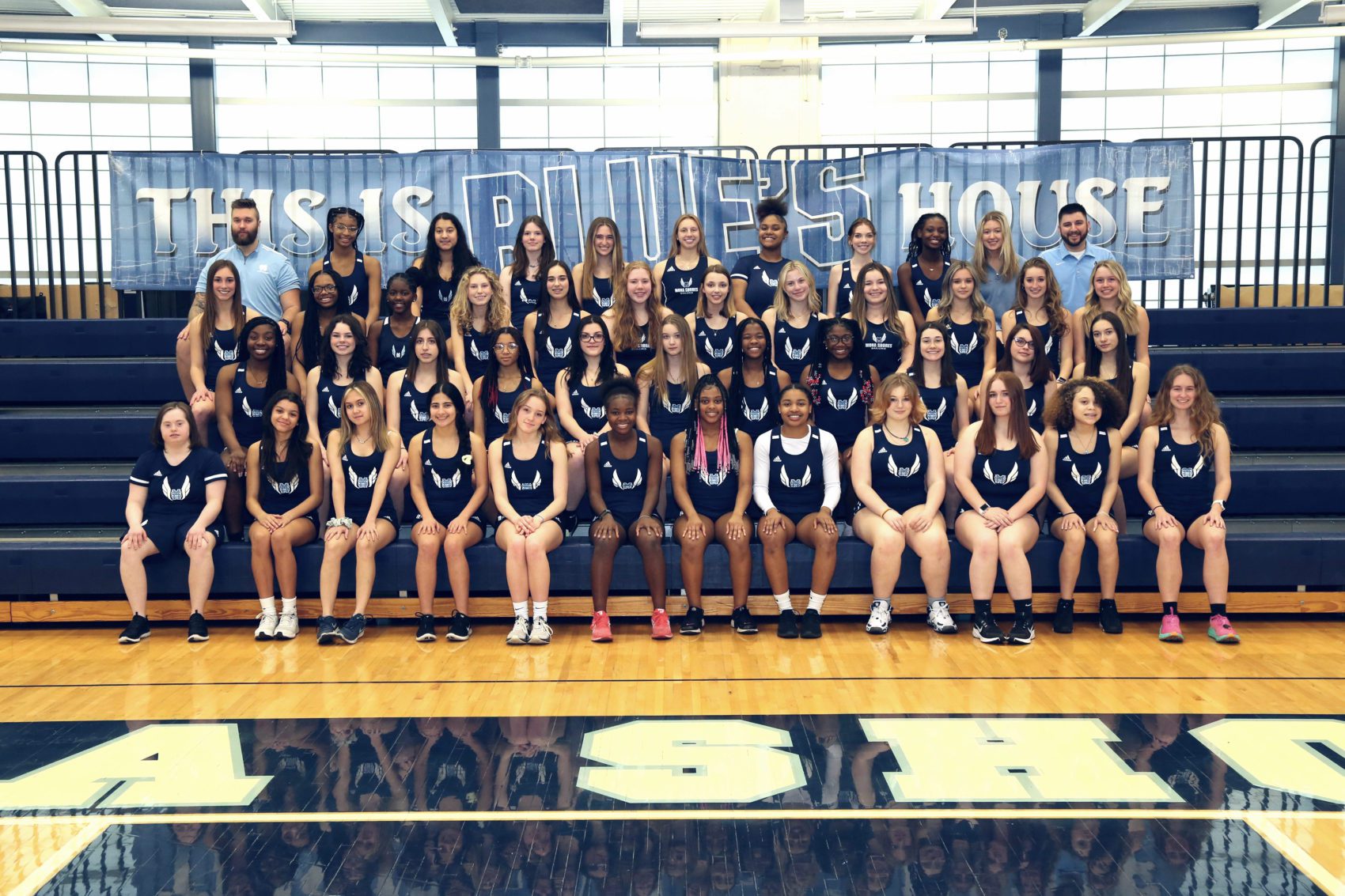