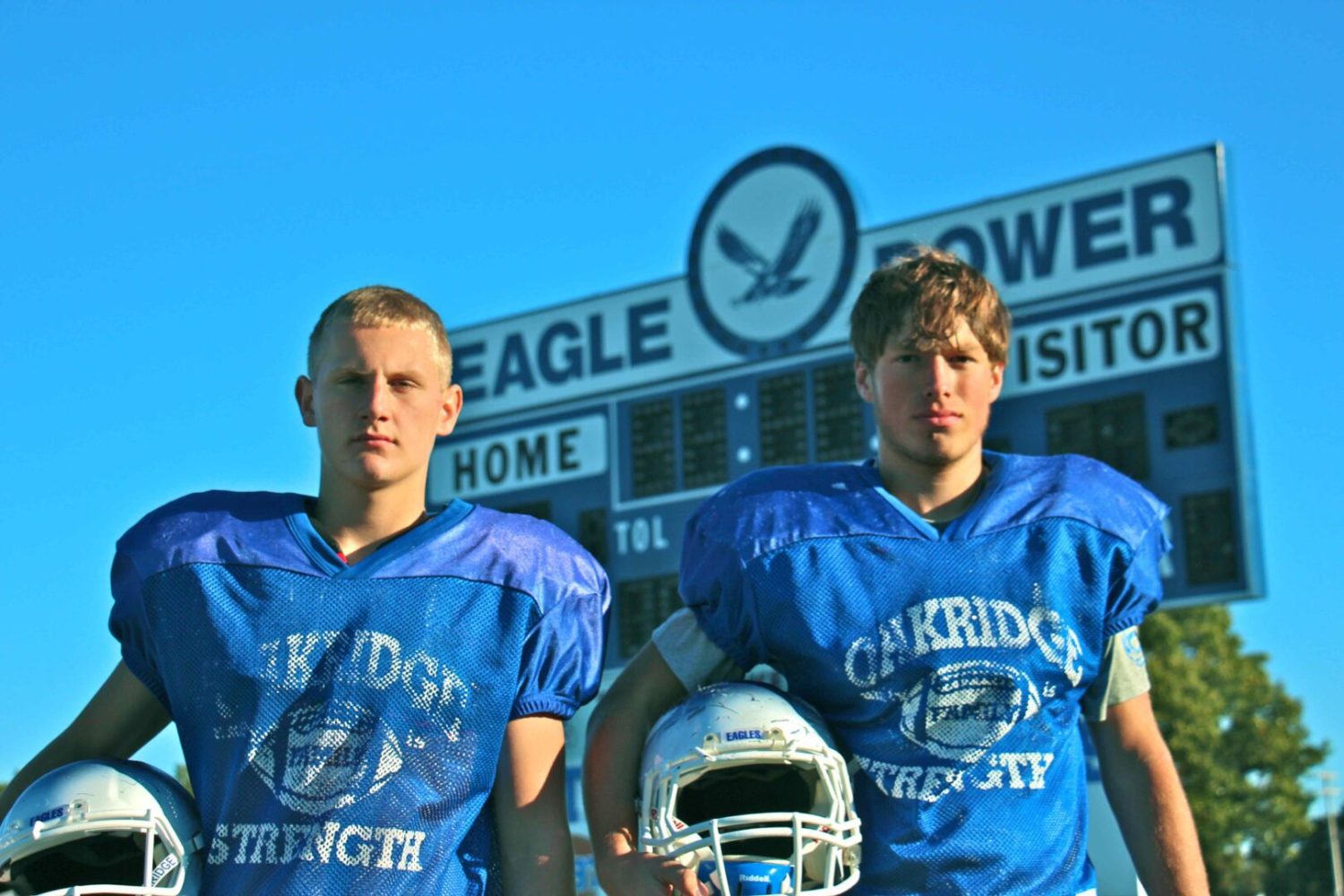 And they’re already provoking plenty of fear among the Eagles’ opponents. 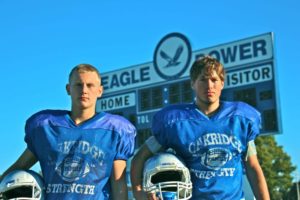 “They are just great kids,” Oakridge coach Cary Harger said about his young but dynamic backfield duo. “They’ve been sponges for us in learning the offense. They are competitors and can’t wait to get on the field to compete. They hate to lose.”

That’s obvious from their team’s record and their startling offensive statistics.

Luttrull, only a sophomore, has completed 51-of-90 passes for 1,068 yards and 13 touchdowns in his first season under center, while rushing for 128 yards and two scores.

Chahorski, meanwhile, has sparked the ground attack with his power and speed. He’s carried 86 times for 851 yards (9.9 per carry average) and six touchdowns. He’s also caught five passes for 96 yards and six TDs.

Oakridge has continued its winning ways with the help of Luttrell and Chahorski. They are 5-1 overall, 4-0 in the West Michigan Conference, and will battle undefeated Whitehall for first place in the league in a home game Friday night.

Luttrull and Chahorski are fired up for Friday’s showdown, which also is their school’s  homecoming game.

“This is a really big game for us and we believe this will decide who will be conference champs,” Chahorski said. “All around, they are a good team and we are a good team. It will be a good game.”

“They are 6-0 and we’re both undefeated in conference play,” Luttrull said. “Whoever comes out with a win Friday night will be conference champions.”

This season didn’t start out with a bang for the two underclassmen and their teammates. Defending Division 5 state champion Grand Rapids West Catholic routed the Eagles 31-0 in the season opener.

That loss has motived Luttrull, Chahorski and the Eagles, who’ve been steamrolling opponents ever since.

”We were a young team and it was our first game together,” Chahorski said. “West Catholic is a very good team. But after that first game, we came together as a team. We’ve progressed a lot and we’ve gotten a lot better.”

“Our progress has been huge,” Luttrull said. ”The starters realize the little mistakes we’ve made and we’ve started to fix that. Overall, our goal is to get better every week and we are doing that.”

Harger has been particularly impressed by the growth of Luttrull, a running back on the jayvee team last year who won the quarterback position in the offseason.

Luttrull was thrown into the fire against West Catholic, but that experience benefited the young signal caller and the Eagles.

“That was a huge challenge for him against West Catholic,” Harger said. “The one thing I’m really proud of Brady in that game is for four quarters he never quit. He kept trying to make his reads and decision making in all four quarters, regardless of the score.”

One of the first things Luttrull did after securing the quarterback job was to contact former Eagles signal caller Austin Wright for advice. Harger said Luttrull quickly became a student of the game.

Luttrull has become a playmaker with his running and passing skills. He’s been mobile scrambling out of the pocket and effective locating his receivers, including his brother Brock Luttrull and former Eagle quarterback Nate Wahr.

Luttrull has been the catalyst of the Oakridge offense, which averages 226 yards rushing, 178 yards passing and 404 total yards per game.

In the Shelby game, Luttrull threw for 176 yards and four TDs.

In some ways, Chahorski reminds Harger of former Oakridge standout David Nelson, in terms of his ability to find open spaces and accelerate.

Chahorksi was elevated to the varsity last year as a sophomore, but broke a bone in his hand against Hart and saw little playing time. He’s more than made up for that this fall by establishing himself among the top ball carriers in the area.

“He brings toughness and quickness,” Harger said. “He’s great on the trap. We were really looking forward to seeing what he’d bring to the varsity this year. It’s definitely what we expected him to do.”

Luttrull and Chahorski – who are both three-sport athletes – grew up wanting to be part of the Oakridge football tradition. Now they’ve accomplished that goal, and have quickly become team leaders, as well.

“We are big part of this team and we’ll do our best to make the team better,” said Chahorski, who cites Michael and Dan Shoop as his favorite former Eagles. “We’re younger, but we have a big role just like the seniors do.”

“I feel we came up short last year with the loss in the state semifinals,” Luttrull said. “I feel like we have some unfinished business this year. We have to get better each week to meet our goal, but I think we can do it.”