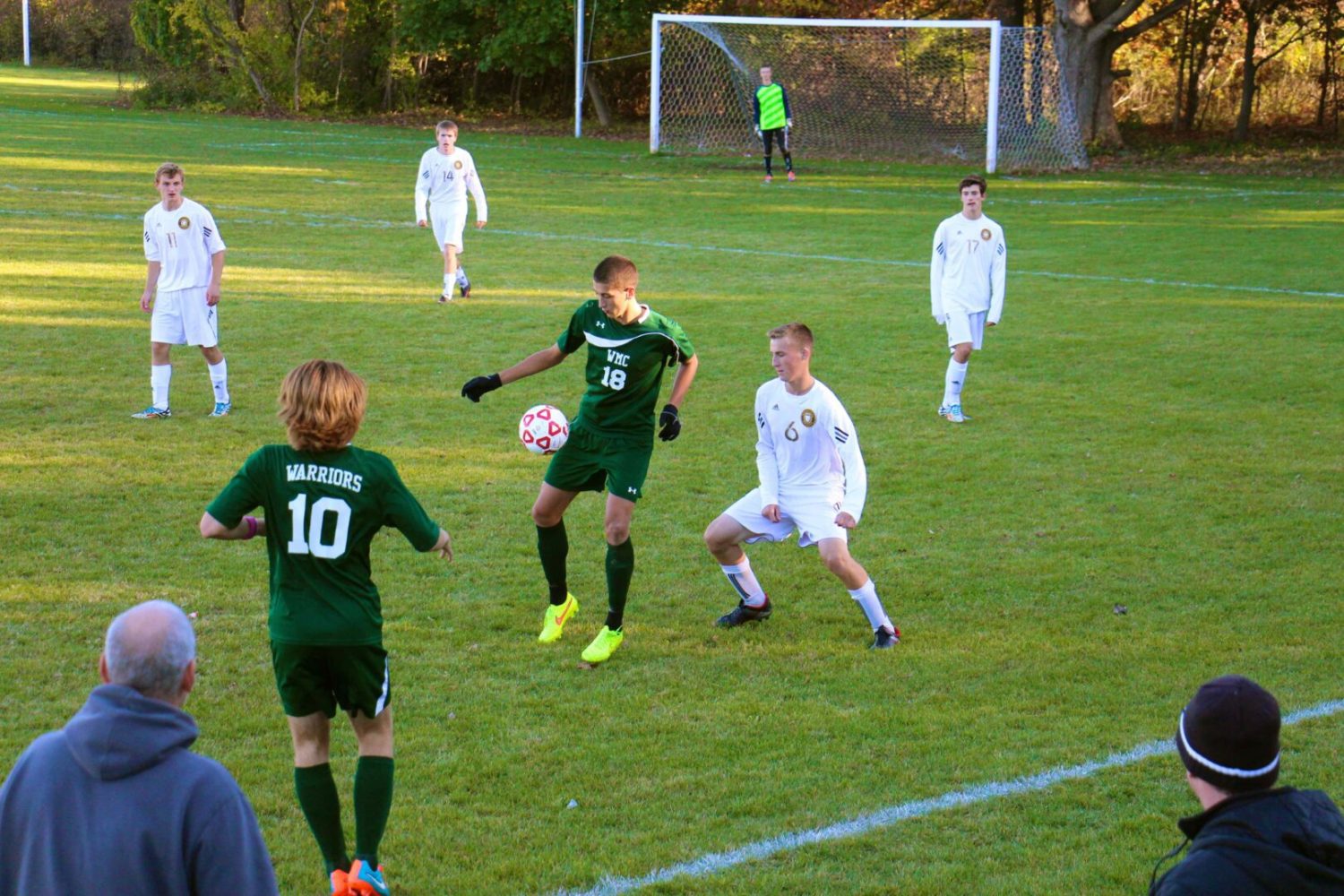 MUSKEGON – For a traditional state soccer power like Western Michigan Christian, two years of early exits from the state tournament were quite enough.

Now the Warriors are back where they belong – two wins away from the Division 4 state finals. 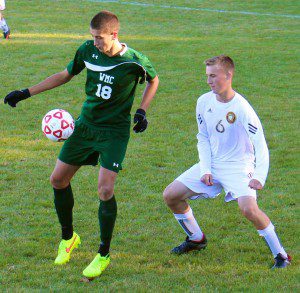 WMC took its latest step toward state glory with a 3-0 win over Harbor Springs Wednesday in a regional semifinal game at Muskegon Catholic Central.

“This is really special,” said WMC coach David Hulings, whose team bowed out in districts each of the past two seasons. “We haven’t been in the state finals for four years and we want to get back.”

The Warriors, now 15-8, advance to Saturday’s regional championship game against Leland, with a berth in the state semifinals on the line.

WMC defeated Leland 4-1 during the regular season. The loss was one of only three for the Comets, who defeated North Muskegon Tuesday to reach the regional final.

The title game, which will also be at Muskegon Catholic, starts at 1 p.m.

“This will be a close game,” said Hulings. “I am expecting a war.”

Defense and goalkeeping have been the key to this year’s run for the Warriors.

WMC, behind goalkeeper Michael Merz, has gone four straight tournament games without giving up a goal.

WMC outshot Harbor Springs 6-0, an illustration of the airtight defense the team has been playing. 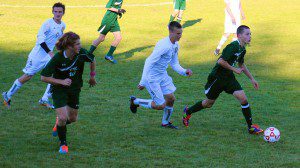 The game started off as a defensive struggle before the Warriors took control.

WMC’s Ben Mast broke a scoreless tie with a goal at the 28 minute mark of the first half. He picked up a turnover in front of the Rams’ goal and found the mark with a hard, low shot.

Dylan Mines closed out the scoring for the Warriors at the 31 minutes mark, with an assist from Mast.

Harbor Springs closed out the season with a 17-6 record.

“We are one of the youngest teams,” said Harbor Springs coach Aaron Riley, whose team made its first regional appearance in years. “We are building our program and are hoping to come back next year.” 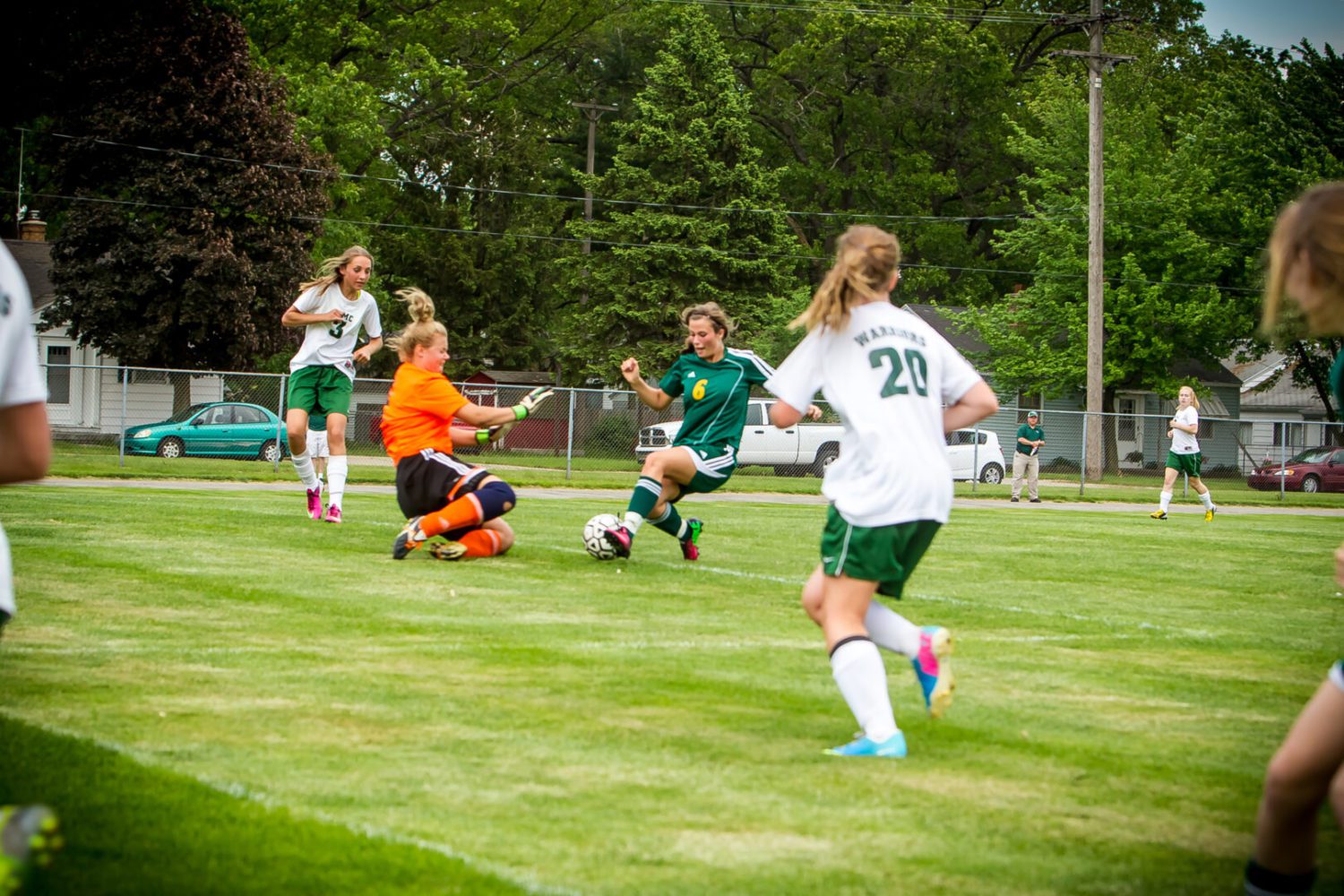