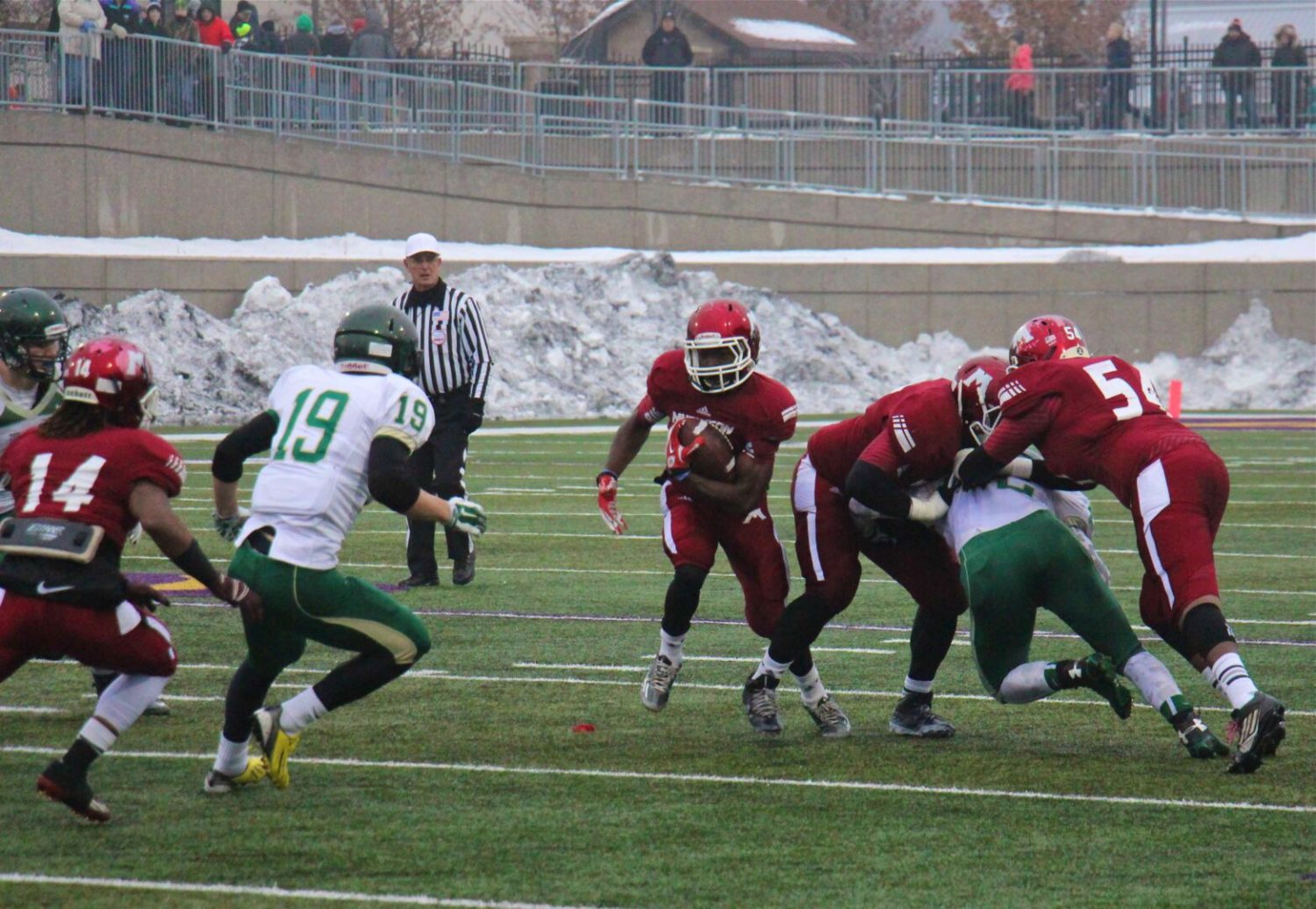 MUSKEGON – Nobody has to remind Muskegon‘s Caleb Washington about the Big Reds’ unfinished business at Detroit’s Ford Field.

Muskegon lost the last two Division 2 state championship games to Birmingham Brother Rice. So it’s safe to say that Washington and his teammates will be extra focused in Saturday’s Division 3 state title game against Orchard Lake St. Mary’s (11-2). Kickoff is at 7:30 p.m.

“It’s a great accomplishment for us going back for the third time to the state championship game,” said Washington, who is a standout at running back and outside linebacker for Muskegon.

“This time, we have to get the job done. The past two years we haven’t been able to finish. That’s the main thing we’ve been preaching this year is to finish off the season.”

Saturday will also bring another chance for Muskegon Coach Shane Fairfield and his staff to settle unfinished business, as well. They will be coaching their 42nd game over the past three seasons, and they would like a state trophy to show for it.

“We wanted a chance to put ourselves in a position to wipe away some of the disappointment we’ve had the last couple of years,” Fairfield said. “Some people would die to get there, but our mission is always to be the best and finish.

“For these kids to go through all the criticisms —people don’t remember second best, you are a second loser. For them to put that all behind them and stay focused is special. We’re excited to get this chance again.” 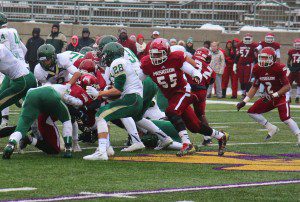 Offensively, the Eaglets like to line up in a three-back, wishbone formation and play power football. It’s a somewhat different style of attack than Zeeland West’s hide-the-ball Wing-T offense Muskegon shut down in the state semifinals.

”It won’t be as hard to find the ball this week, because of none of the ball fakes,” Fairfield said. “They tell you where it is going. You just have to be man enough to stop it. They have playmakers on the edge and they spread you out, too. For our defense, it will come down to keeping them in third and longs and making them throw more than they are used to.”

In the semis against New Boston Huron, quarterback Brendan Tabone completed 6-of-9 passes for 48 yards and two touchdowns and Griffin Sheposh caught two touchdowns for the Eaglets.

OLSM’s ground attack is led by the trio of speedy juniors Brandon Adams, Josh Myrick and Pierce (P.J.) Bauer. Bauer is the bruising fullback. Sophomore Ryan Johnson is another speedy option who has multiple 100-yard games this season.

The Big Reds will get a boost on defense from their leading tackler, linebacker Taran “T.J.” Smith, who suffered an ankle injury in the semifinals. Fairfield said X-rays were negative and Smith should be in the starting lineup.

Muskegon will attack on offense with its spread option veer led by quarterback Shawn Pfenning, Washington at running back and many speedy wide receivers and slotbacks.

The offensive line also will be intact with the return of Juanye Johnson, who has been sidelined with an injury since the Mona Shores game in the regular season.

“Defensively, they are good and really disciplined and they have a secondary that is very athletic,” he said. “I think they will try to bring the game to us on defense. We have to prepare for the worst this week, in preparation of them giving our offense all kinds of fits with a lot of heavy pressure.”

It means the Big Reds will leave the final impression for the Muskegon-area football community.

“It’s an exciting time for Muskegon and our community. It shows our young men if you continue to fight and climb, good things can happen to you. Our kids are very deserving of good things happening to them.” 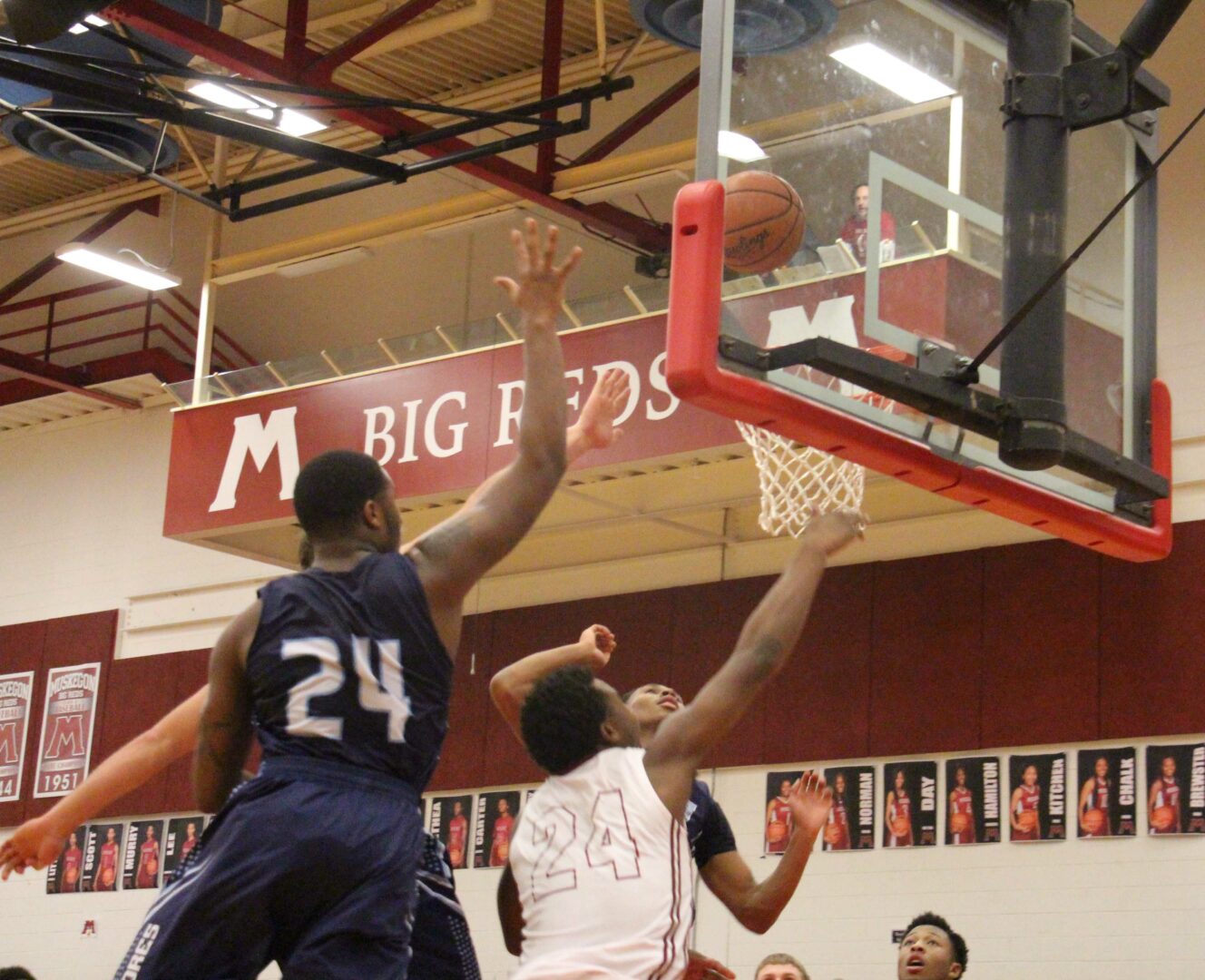 Newcomers Ashcraft, Batka strong on the mound as the Clippers pound Holland