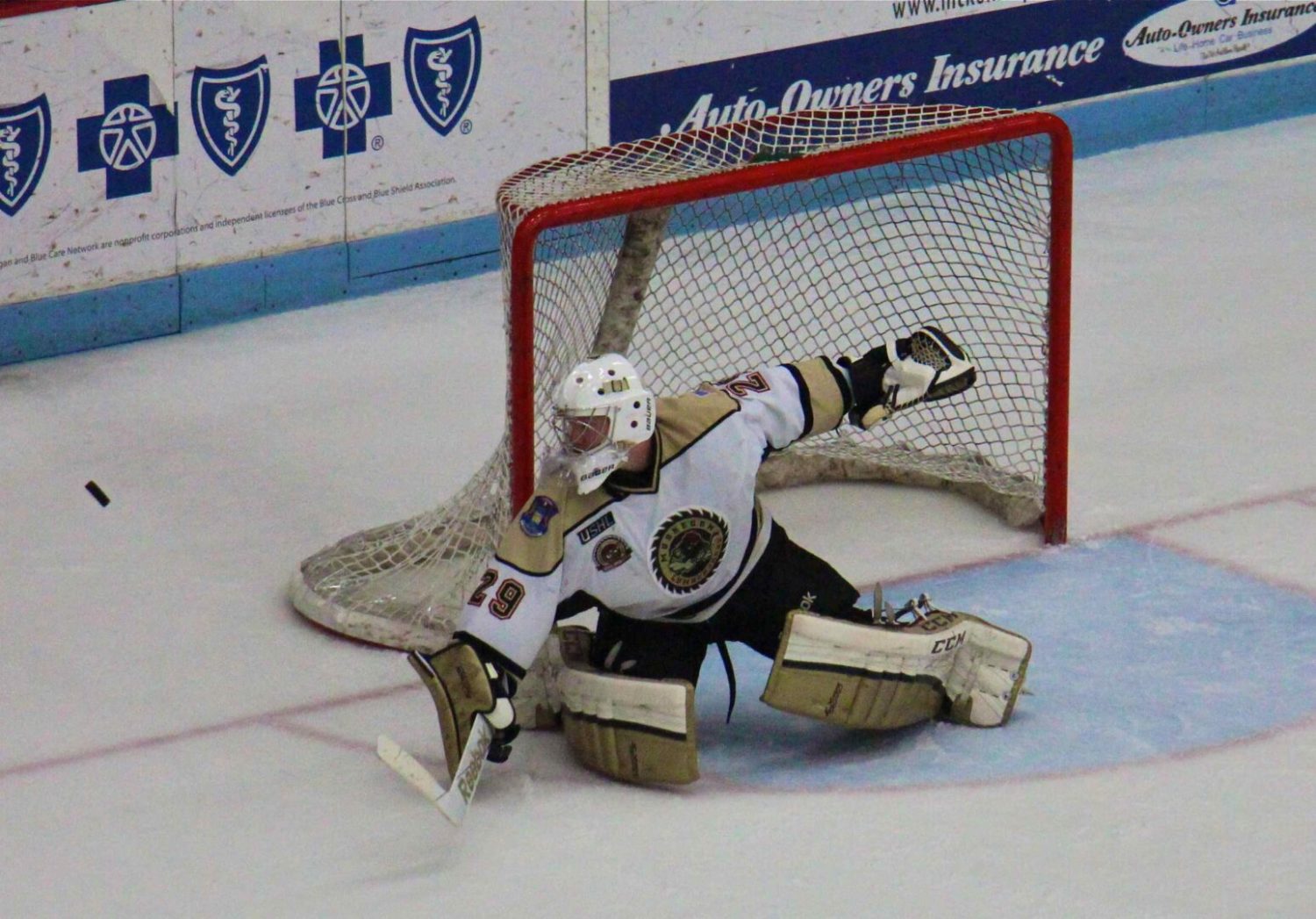 MUSKEGON – The Muskegon Lumberjacks have shown a remarkable ability to bounce back from losses all season.

Other than losing on back-to-back nights in Cedar Rapids in October, the Jacks have yet to sustain a losing streak.

That’s at least partially because they have Eric Schierhorn in goal. The second-year netminder continued his excellent season Friday, stopping all 42 shots he faced to help the Lumberjacks down Waterloo 3-0 in front of 1,627 fans at the LC Walker Arena. 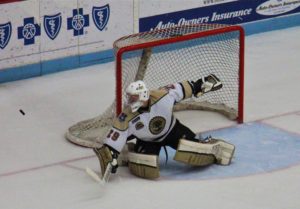 Schierhorn’s shutout, his second of the season, allowed the Jacks to erase the memory of last Sunday’s six-goal loss to Team USA in Ann Arbor.

“He (Schierhorn) played fantastic,” said Muskegon Coach Todd Krygier, whose team has now won four of its last six games. “I thought he made some real key saves when he had to and he always battles.

“The biggest thing is we found a way to win. We have been sick and injured and guys are coming back into the lineup who are not exactly game ready.”

The Lumberjacks are now 11-5-1 on the season, good for 23 points. They came into play one point behind second-place Dubuque in the USHL’s Eastern Conference standings.

Schierhorn wasn’t the only hero Friday. The very forward line of Matej Paulovic, Tom Marchin and Griffen Molino continued to produce a lot of offense.

The first period was scoreless. Waterloo dominated play, outshooting the Jacks 15-9, but Schierhorn made several great saves to keep the Black Hawks off the scoreboard.

Paulovic opened up the scoring at the 2:21 mark of the second period, taking a centering pass from Christian Wolanin and snapping the puck in the goal. Wolanin and Molino were credited with assists.

Paulovic gave the Jacks a 2-0 lead at the 6:22 mark of the third period with his second goal of the night. Molino and Marchin had assists on the tally.

Muskegon’s Kevin Dineen finished the scoring with a goal 12:45 of the third period. Molino and Marchin again had assists.

Special teams came up huge for the Jacks as they killed all six Waterloo power plays, including three in the third period.

The Jacks will return to the ice Sunday at 5:15 p.m. when they host Bloomington

Fruitport wins one, loses one in a low-scoring softball doubleheader against Holland