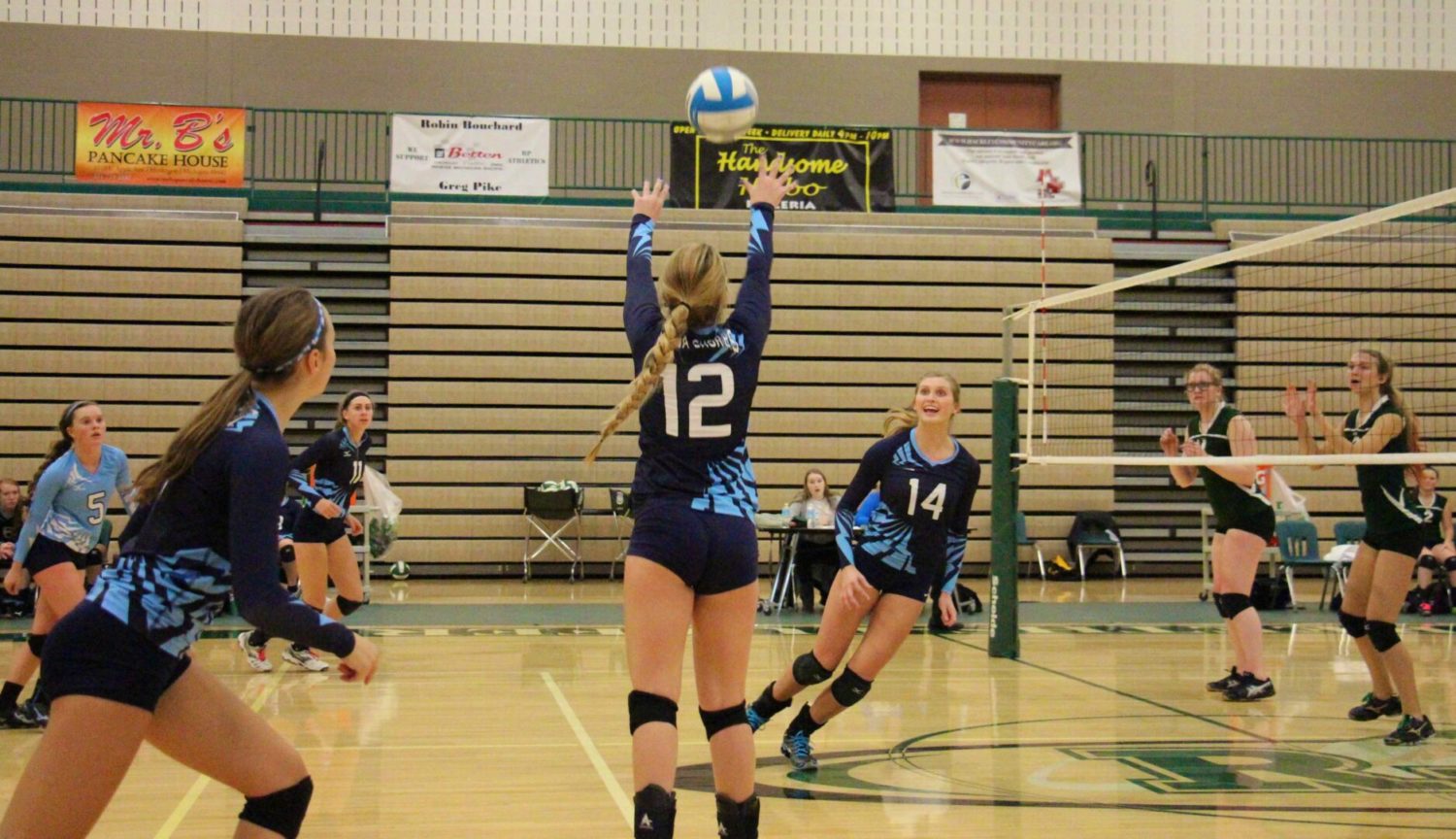 MUSKEGON – The Mona Shores volleyball team opened the Class A district tournament Monday with an obvious case of the jitters.

But they had Courtney Brewer on their side, and that was enough to get them over the hump. 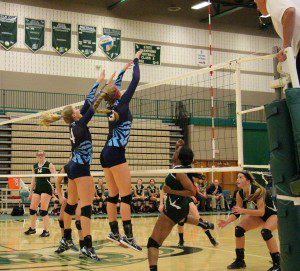 The Sailors, champions of the O-K Black Conference, struggled in the first two games against Reeths-Puffer, and actually trailed at times in each contest. That wasn’t a good sign against a conference foe they beat twice during the regular season.

But Brewer started hitting big shots down the stretch, which helped her teammates loosen up and play better as the match progressed. In the end Mona Shores walked away with a 3-0 victory and a berth in Wednesday’s Class A semifinals against Kenowa Hills on the Knights’ home court at 7 p.m.

“I thought we played a little nervous,” said Mona Shores Coach Dan Potts, whose team improved to 36-9-1 on the season. “It’s districts. It’s important to these kids to do well in districts. I’d be lying if I said I wasn’t feeling a little bit of extra pressure myself tonight.”

The Sailors had to battle in the opening game to pull out a 25-21 win over the Rockets. After grabbing an early 8-4 lead, they watched Reeths-Puffer battle back to take three different leads and keep the score tight until the end.

Brewer helped secure the win with a hard kill that the Rockets couldn’t touch, putting her team up 24-21. Then she served the final point, which was won with a combination block at the net by Madison Dunn and Grace Hellman. 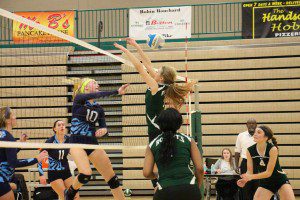 Raelyn Sells spikes the ball past Reeths-Puffer’s Gwen Swanson as No. 4 Kate Uganski gets ready for the dig. Photo/Jason Goorman

Mona Shores’ struggles continued into the second game. The Sailors trailed 7-5 early and were never able to build more than a four point lead for most of the game.

But Brewer got hot down the stretch, combining with Anna Veenstra for a block at the net that broke a 9-9 tie, then hitting several winning shots over the rest of the contest to help the Sailors win 25-16.

She was even more dominant in the final game, serving nine straight points to increase the Sailor lead from 3-3 to 12-3. She also had numerous kills in the latter part of the game to help Mona Shores seal the match with another 25-16 win.

“She’s one of the best around, no question,” Potts said of Brewer. “She terminated some balls tonight that really put (Reeths-Puffer) back on their heels. It’s very effective for us. We go where she takes us a lot of the time.”

“We have a lot of depth,” Potts said of his roster. 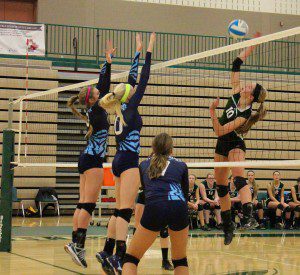 “We had to play our best to take it to them,” said Reeths-Puffer Coach Jeff Hellmann. “Unfortunately we didn’t but our girls played with a lot of heart.”