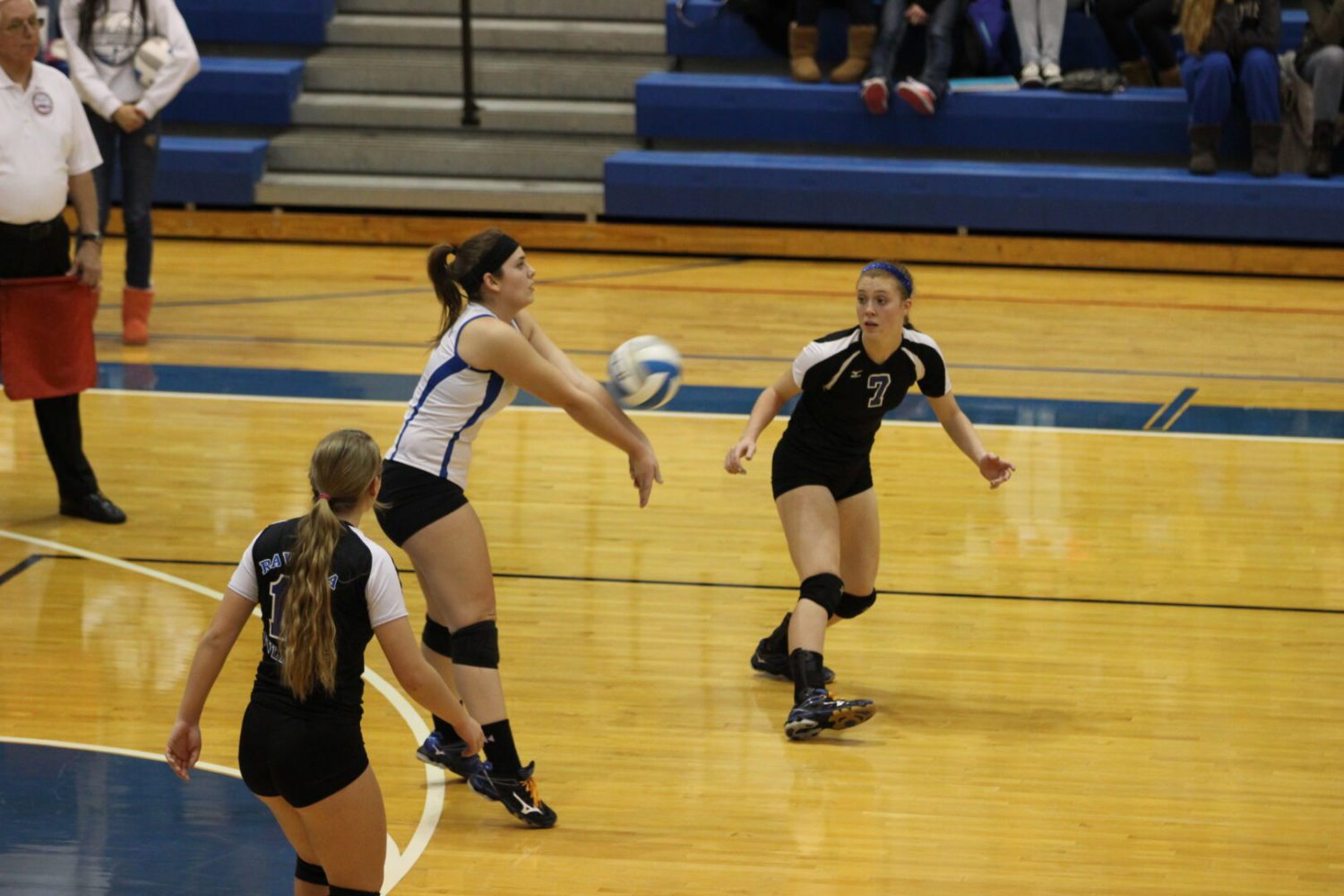 But the competition gets tough at the state level, which the Bulldogs discovered in their 3-0 loss to Schoolcraft at Kalamazoo Loy Norrix High School. 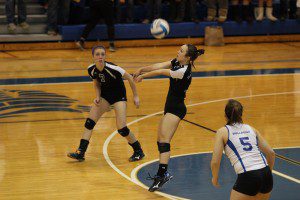 Melissa McWaters digs out the shot for Ravenna. Photo/Jim Kass

Ravenna wrapped up a great season with a 33-13 record, district and regional championships, and a second-place finish in the West Michigan Conference.

Schoolcraft, the state’s second-ranked team in Class C, moves on to Thursday’s semifinals against Roscommon. 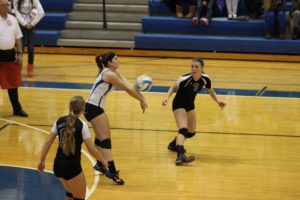 The match started off close with the teams exchanging leads five times in the crucial first set. But Schoolcraft pulled out a 25-22 win, which set the table for two easier victories- 25-14 and 25-16.

“Obviously, at this point, every match is important,” said Schoolcraft coach Erin Onken, whose team has an overall record of 48-10-1. “So it was nice to get that first set. We made some mistakes in the first set, but as soon as the players relaxed it enabled them to control game two.

“Game two is huge. You don’t want to go 1-1 into game three because then there is more pressure. I was ecstatic they (the girls) took control.” 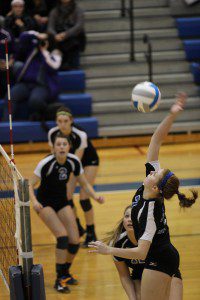 Dana Kass on the spike for Ravenna. Photo/Jim Kass

Platt said Schoolcraft was tough to score on, and proved to be the better team in the end.

“There were no holes in their defense,” Platt said. “We got frustrated not being able to find a spot to place the ball.”

“That outside No. 7 (Kass) for them (Ravenna) was amazing – she was going to kill someone if she could, and that’s fun to watch,” Onken said. “I love playing against players like her.”