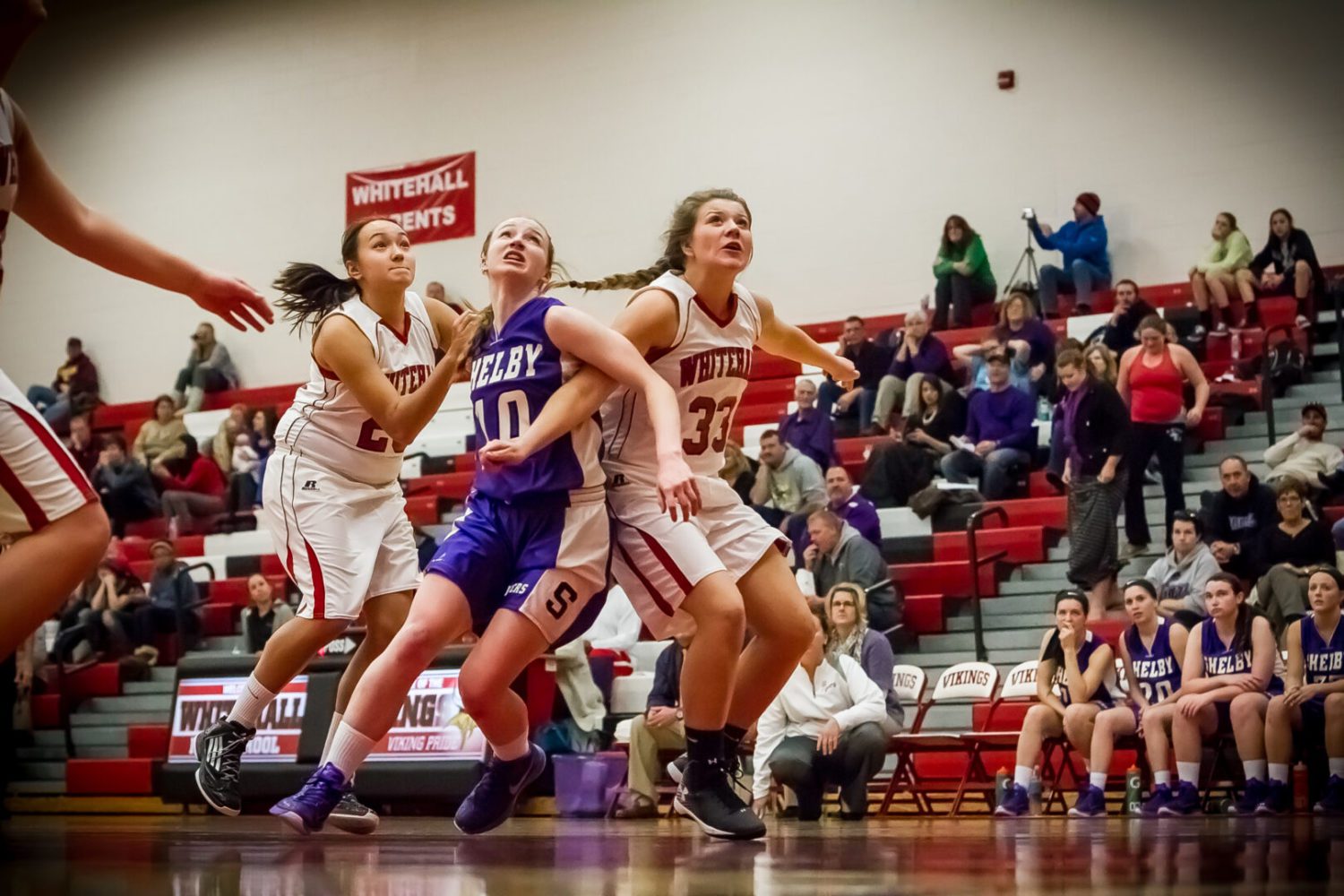 WHITEHALL – Girls basketball teams in the West Michigan Conference don’t get much of a chance to sharpen their skills before the big games start.

While most conferences don’t start league play until after the holidays,West Michigan Conference girls start locking horns right away. 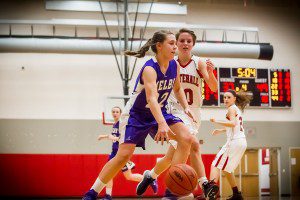 That means the teams that maintain their composure when things go badly are far more likely to get early league wins.

The Shelby Tigers did that Thursday, overcoming an early five-point deficit en route to a 60-52 victory over Whitehall on the Vikings’ home court.

“This is our fifth game and we play seven before the break,” said Shelby Coach Sarah Wolting. “It’s huge. We’ve been fortrunate enough to win some close games, and we’re just hoping to keep plugging away.”

Whitehall came out strong, getting six points in the first 5 ½ minutes from Emily MacArthur and five from Melissa Shoup to grab early leads of 9-4 and 11-6.

But the Tigers kept their heads and went on a 6-0 run to take their first lead 12-11 with just over a minute left in the first quarter. 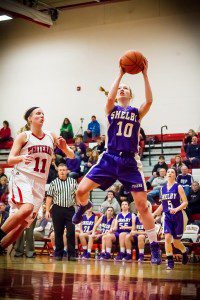 Shoup hit a pair of free throws at the end of the quarter, giving Whitehall a 15-12 lead at the first buzzer.

But everything went wrong for the Vikings in the second quarter. They missed 13 of 18 shots from the floor and had 10 turnovers, allowing the Tigers to forge ahead.

The teams swapped two buckets apiece to open the second half, then Shelby went on an 8-2 run and brabbed a 45-33 lead after three.

“I told them to just keep pushing and pushing and try to get them tired and they did a good job of that,” Wolting said. “Our guards took care of the ball and made some awesome passes to the bigs down below.”

Whitehall again had turnover issues, coughing up the ball nine times in the third quarter.

The Vikings totaled 24 on the night.

“The tunovers became a problem,” said Whitehall Coach Rachel Kent. “We can’t seem to get it through our heads that we need to just relax on offense. Shelby did a good job of taking care of the ball and we tended to just throw it around like a hot potato.”

The Vikings had a chance to claw back in the fourth quarter, due to a rash of Shelby fouls that sent the hosts to the line 11 times. But the Vikings missed seven of those shots and failed to get closer than the final eight-point margin.

Overall Whitehall made only 6 of 18 shots from the charity stripe.

“You make your free throws – they’re free points – and they put you ahead,” Kent said. “We had the same problem the other night (in a loss to Mason County Central).”

Shelby got solid shooting when it mattered most, hitting 8 of 20 shots in the second quarter and 6 of 14 in the third.

Chloe Sillman led the Tigers with 22 points while Jenny Beckman chipped in 18.

Whitehall only made 15 of 40 shots over the last three quarters, missing a lot of what should have been easy layups.

MacArthur, playing with a severely twisted left ankle, finished a game-high 25 points and 16 rebounds for Whitehall. Shoup added nine points while Robin Gould had four steals. MacArthur is now within 78 points of the 1,000-point career mark.