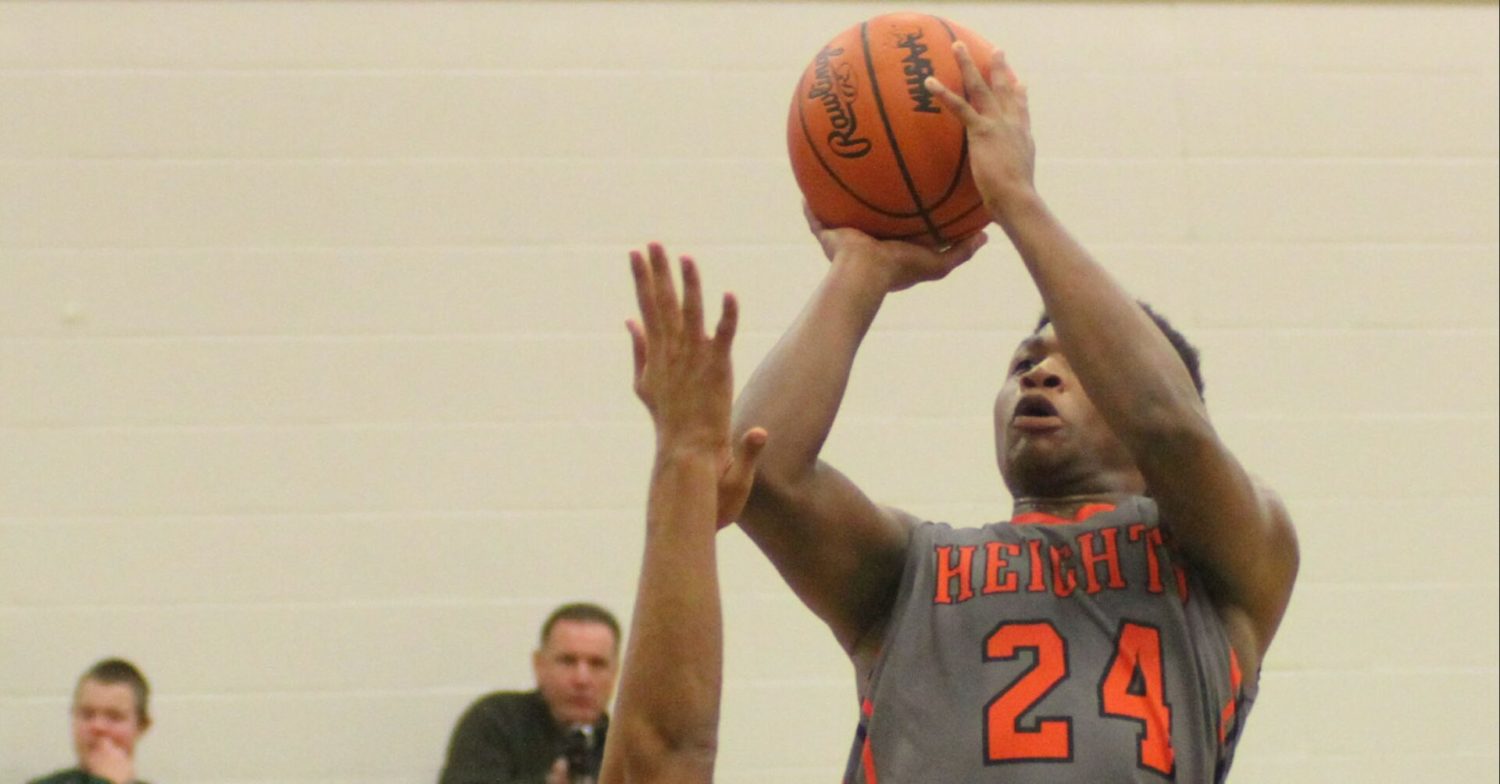 The Tigers went on a 17-4 second quarter run to take a 30-23 halftime lead.  Antonio Jones led the way for Muskegon Heights, scoring eight of his game-high 23 points in the second quarter. He also had nine rebounds, four steals and three assists on the night. 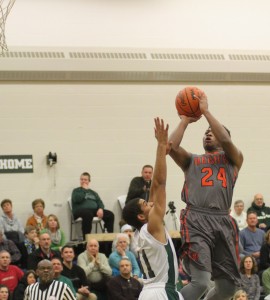 Demonte Jones goes up for the shot over WMC’s Jared Varnado. Photo/Scott Stone

“Early on (Jones) did a good job of getting other guys going,” said Muskegon Heights Coach Dale Stewart. “When the game started going he got in the lane and made the right reads. He has a knack for scoring over the big guys.”

“They’re a good team and they play hard,” said WMC coach Kyle Mastenbrook. “They outmuscled us and beat us on the boards, that’s the big story.”

Muskegon Heights clung to a 52-48 lead with two minutes left, but clutch free throws down the stretch, including four by Jones in the last two minutes, allowed the Tigers to seal the win. 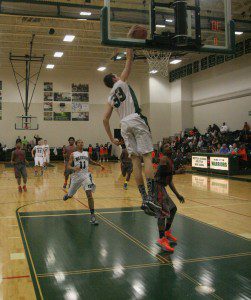 Jacob Ray goes in for the WMC dunk. Photo/Scott Stone

Western Michigan Christian was led by Ryan Butkis with 14 points, Devin Eekhoff with 10 and Jacob Ray with nine. 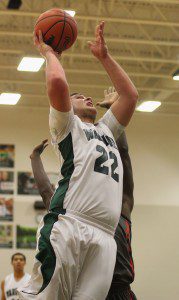 WMC’s Devin Eekhoff goes up for the layup. Photo/Scott Stone 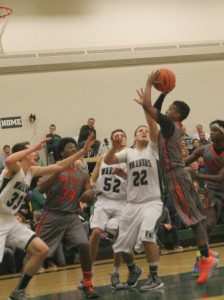 Antonio Jones goes up for the shot in the lane. Photo/Scott Stone