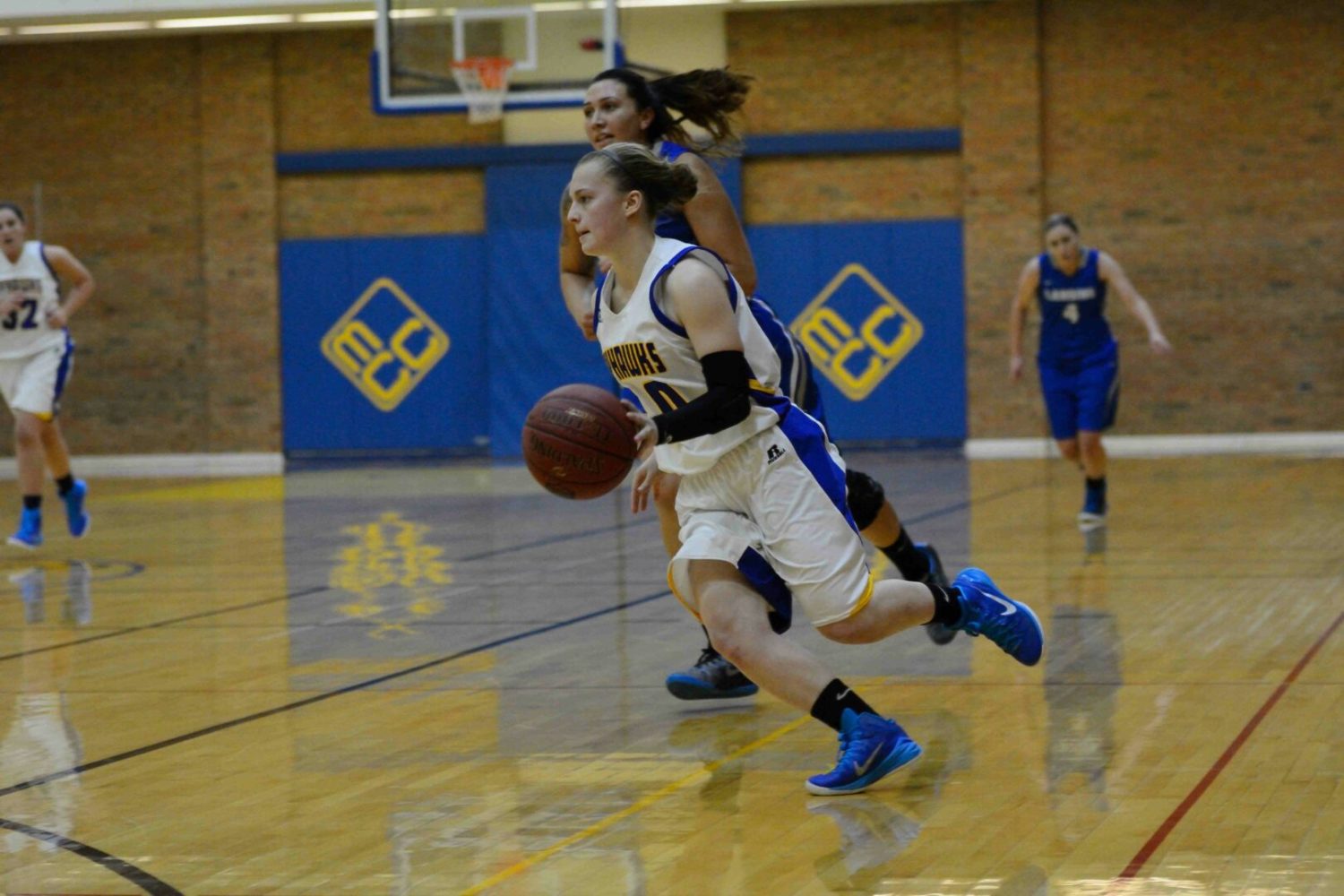 MUSKEGON – The Muskegon Community College women’s basketball team is heating up at the right time.

The Jayhawks wrapped up the regular season Wednesday night by running Lansing Community College off the floor, 72-42, at Bartels-Rode Gymnasium. 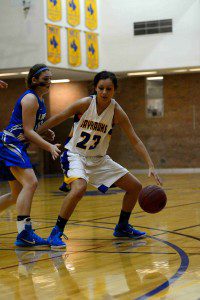 The victory was MCC’s 11th in its last 13 games, heading into the postseason tournament. That has fifth-year head coach Rob Recknagel excited about his team.

“We’re peaking at the right time, I’m excited,” he said. “I feel like our kids are at their peak of interest, peak of excitement, ready to go. We’ll see how it translates next week.”

MCC will host Jackson Community College next Tuesday at 5:30 p.m, to start the regional tournament.

If they beat JCC, the Jayhawks will travel to Delta College on Thursday to face Lake Michigan Community College, which MCC squeaked by at the end of January, 77-72.

Also in the regional is Kalamazoo Valley Community College, which beat MCC twice earlier in the season, by four and 19 points.

Recknagel believes his team is up to the task.

“We’ve got a shot,” he said. “We just have to play our game, play great defense, play hard and stay together. We’ve got a chance.”

It has been a season of streaks for the Jayhawks. 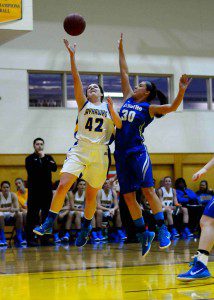 MCC’s Taylor Brown (42) takes the ball in for the score. Photo/Eric Sturr

After opening with a 7-1 record, they lost three straight games at a tournament in Illinois.

The long drive home didn’t solve any problems for MCC, which dropped another three in a row and fell to 7-7.

But since then the Jayhawks have been on fire, finishing the regular season 18-9 overall and 10-5 in the Michigan Community College Athletic Association’s Western Conference.

In Wednesday’s victory, the Jayhawks scored 26 points off 24 LCC turnovers.

Taylor Brown led the way with 23 points for MCC with Katie McKinnon added 13.. McKinnon, Morgan Giddings and Danielle Jones each pulled down seven rebounds for the Jayhawks.

MCC won the rebounding battle 45-29 and saw its bench outscore the LCC bench 27-8.

“I thought Taylor (Brown) played awesome tonight,” Recknagelsaid. “Abby (Rodriguez) has been really good for us all year.

“We’re healthy, we’re focused and we’re ready to go. I can’t wait to play next week.”