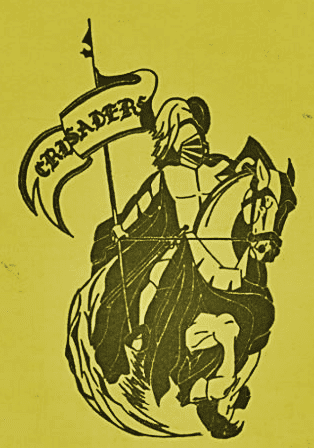 BIG RAPIDS – A season full of highs came to a grinding halt on Monday night for the Muskegon Catholic Central Crusaders.

The Crusaders fought hard after a slow start, managed to get back in the game, then fell victim to a scoreless fourth quarter in a 53-33 loss to Fulton in the Class D regional semifinals at Big Rapids Crossroads High School.

Defense was the story for the Crusaders in the second quarter, when they were able to force turnovers and cut the deficit to 29-24 at halftime.

Free throws and missed layups cripped Muskegon Catholic in the fourth quarter. They missed all 10 of their shots from the floor, along with two free throws, while Fulton would hit big shot after big shot to outscore the Crusaders 17-0 down the stretch..

“When you don’t score any points in a quarter, you’re just not going to win many games,” said MCC Coach Lamar Jordan. “But I’m really proud of the team this year. They’ve had many accomplishments.”

The Crusaders were led by Dominic Woodard and Erik Van Fossen who each finished with 10 points. Gregg Jones scored 20 points for Fulton.