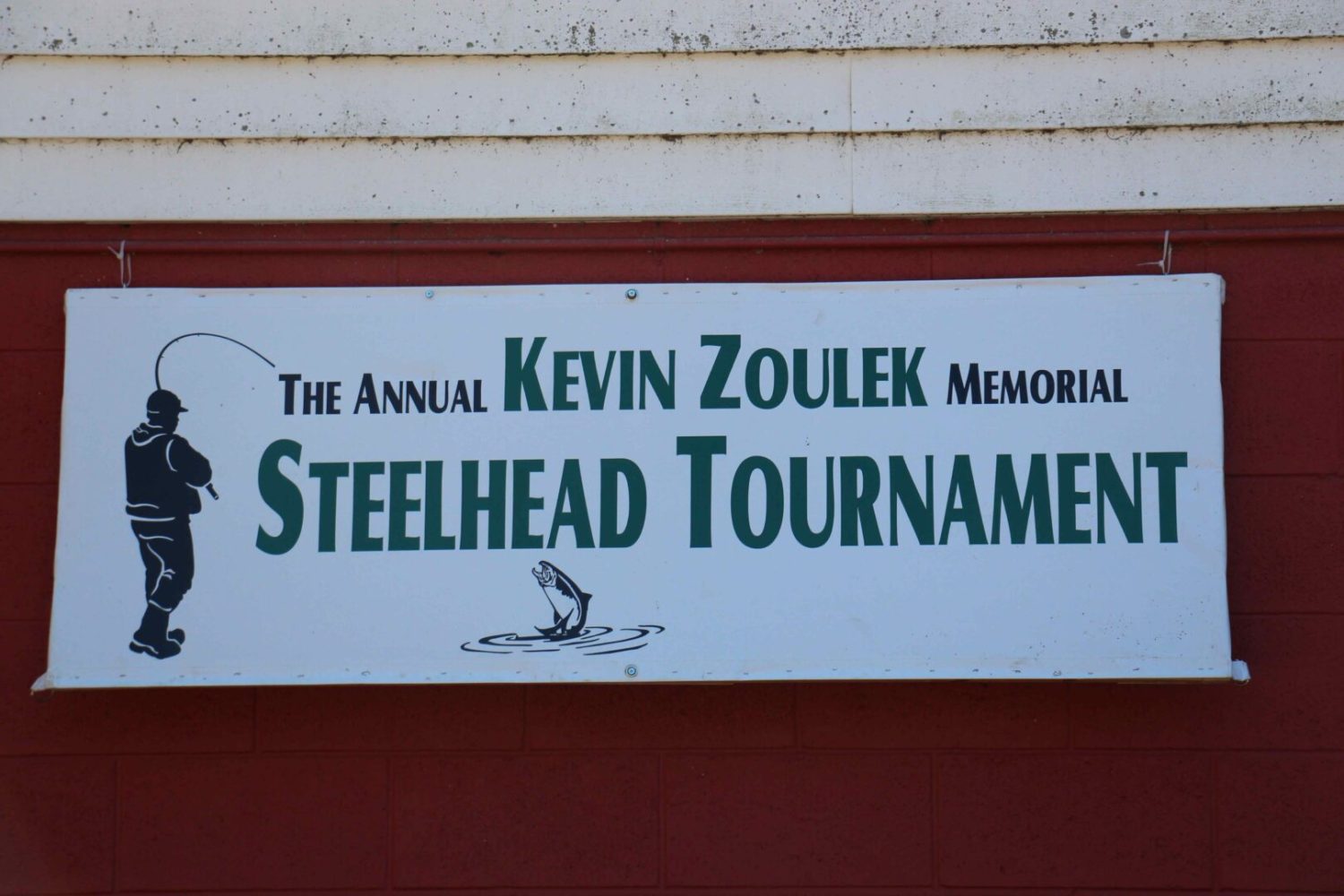 SHELBY – Countless people in the Shelby area knew Kevin Zoulek as an avid outdoorsman with a serious passion for steelhead fishing, as well as giving back to his family and community.

So it’s fitting his friends organized a steelhead fishing tournament in his honor. 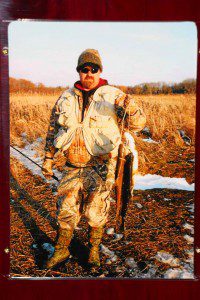 A photo of Kevin Zoulek from the memorial tournament plaque.

The Fourth Annual Kevin Zoulek Memorial Steelhead Tournament kicked off on Saturday. Thirty-two teams of two paired up to compete in two categories: The largest steelhead and heaviest weight of the three best fish caught by each team.

In honor of Zoulek’s generous nature, anglers were able to donate their fish after to the area’s elderly residents, cancer patients and shut-ins who could use a tasty meal.

Zoulek was a Shelby school employee who died of cancer in 2011 at the age of 42. He left behind his wife Joanna and two daughters – Samantha, who is getting ready to graduate from college, and Brooke, who is a freshman at Shelby High School.

Zoulek was quite an accomplished fisherman. He held an astonishing 45 State of Michigan Master Angler Awards for various fish categories. Some of his most impressive catches were a 44.5 inch Longnose Gar and a 41.5 inch Chinook Salmon taken on the White River in 2002.

He also holds the state record for an eight pound, 25-1/4 inch Quillback caught on Stoney Lake in 2000. 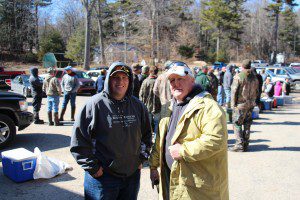 Mike Taylor and Chuck Woodland stand in front of area anglers in line for the weigh-in. Photo/Jason Goorman

“His whole life he fished, since he was little,” said his mother, Diane Zoulek, who was present at the weigh-in at the Stoney Lake Inn on Saturday. “He used to tie his own flies when he was younger. I know this event means so much to (Kevin). I know he’s got a smile on his face and he’s happy.”

Many of Kevin’s friends organized the event and convinced area businesses to contribute prizes for the anglers. Chuck Woodland, Brandon Pranger, Jimmy Current, Trevor Dane and Mike Taylor all came together to organize the event. 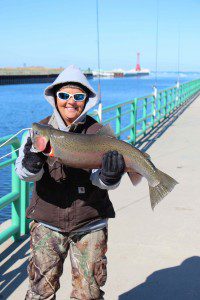 Erin Palmer holds up her 10.70 lb. steelhead on the Pentwater pier. Photo/Jason Goorman

“Most of the businesses up here knew Kevin and they wanted to be part of this and they came out of the woodwork to participate with us.”

The winning team with the heaviest weight of three fish was Josh Frantz and George Wiser, who posted a total net weight of 25.31 pounds. Taking second place were Chris Ross and Roger Cunningham with 25.17 pounds, while third place went to Brad Millis and Ryan Manchester with 25.01 total pounds.

In all, 25 fish were donated to the needy.

“I spent all day Sunday delivering fish to shut-ins and cancer patients,” Taylor said. “One guy I dropped off to is such a big outdoorsman but is laid up after back surgery. He’s chomping at the bit to get outdoors but he can’t and the fish we gave him brought him to tears.”

Anglers fished a variety of spots in and around the Shelby area. 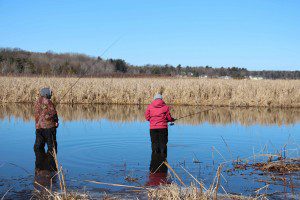 “We caught it early in the morning, before sunrise,” said Palmer, who teamed up with her father Rich Palmer. “It was a cold morning, not even double digits when we got here, but it was worth the time spent.” 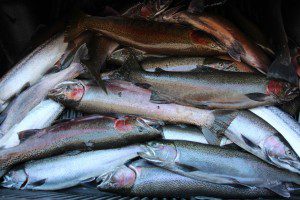 Steelhead donated by area anglers start to fill up the back of a pickup truck. Photo/Jason Goorman