The Hesperia Panthers played their way into Friday’s Class C district championship game with a 62-55 win over Montague Wednesday on their home court.

The Panthers led by six after one quarter and three at halftime, then gained their margin of victory by outscoring the Wildcats 11-8 in the third quarter.

Shelby 47, Mason County Central 31 – The Tigers led 22-19 at halftime, then pulled away a 25-14 edge in the final two quarters. Jeffrey Beckman, Michael James and Spencer Landis each had 12 points for Shelby. Johnny Shafer led the Spartans with eight points. Shelby will face Hesperia in the Class C district final on Friday.

Class B at Whitehall

Spring Lake 65, Orchard View 25 – The Lakers jumped out to a 33-8 halftime lead and never look back in the Class B semifinal game. Spring Lake was led by Keegan George with 13 points. Will Burrel led Orchard View with 10 points. Spring Lake will face Coopersville on Friday night in the district final.

Coopersville 74, Oakridge 62 – The Eagles pulled within two points before being outscored 27-17 in the fourth quarter. Hunter Benson led Oakridge with 14 points.

Class B at Fremont

Newaygo 64 Fremont 43 – The Lions came out strong with a 21-12 first quarter advantage and cruised to the win. Cole Chelsea led Newaygo with 14 points. Fremont was led by Cam Siersema with 16 points. Newaygo will face Grant on Friday in the district final.

Grant 66, Tri County 58 – The Tigers outscored Tri-County 28-20 in the fourth quarter to punch their ticket to the district title game. Riley Patterson led Grant with 16 points.

Class B at Cadillac

Ludington 54, Benzie Central 42 – The Orioles relied on their defense in their district semifinal victory. Zac Schoon led Ludington with 15 points. The Orioles will face Cadillac in the district final Friday night.

Mona Shores girls down Grand Rapids Union, move into a tie for first place in the O-K Black 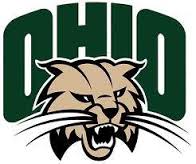 MCC Jayhawks get past Lake Michigan, will play for regional title on Saturday