MUSKEGON – This was expected to be a great season for Mardreika Cook, but perhaps not for her team.

Cook, a junior guard on the Muskegon girls basketball team, is one of the most talented players in the state. She averaged 14 points per game as a sophomore, and nobody is surprised that she’s continued to improve in leaps and bounds. 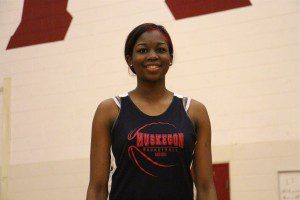 But beyond Cook, the Big Reds entered the season with a lot of inexperience, following heavy graduation losses from a team that reached the Class A regional finals last year.

For most of this season Muskegon struggled, starting out 7-9. But suddenly the Big Reds are playing great basketball, heading into this week’s Class A district tournament.

In recent weeks they nearly beat Mona Shores, the O-K Black Conference co-champion, and upset Reeths-Puffer, the other co-champion.

The biggest sign of the team’s increasing maturity is that Cook no longer has to carry the scoring load by herself. Talented younger players like Shawnteanna Dame, Tierra Williams and Jessica Jackson have all started to display their offensive skills. 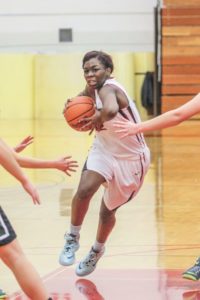 In the upset of Reeths-Puffer, for instance, Cook only scored 14 points. In the runaway win over Kenowa Hills she scored 12.

But she’s also capable of turning it on when she has to, like when she scored 24 points against Mona Shores, or exploded for 34 points and 24 rebounds against Grand Rapids Union.

Cook admits it’s a relief to have her teammates putting the ball in the net on a consistent basis.

“It makes it easier to just go play basketball and have fun,” said Cook, who’s averaging 22 points and 13 rebounds per game this season. “When you have a lot on your table it can be pretty hard, but now that everyone is stepping up we can just go out and win.”

Cook is pumped up about the Class A district tournament, which Muskegon won last season. The district is very challenging, with strong teams from Mona Shores, Reeths-Puffer, Grand Haven, Grand Rapids Union and Fruitport all vying for the title.

Muskegon (10-9) opens up district play on Monday at 7 p.m. at Grand Rapids Union.

“I’m really excited,” she said. “I feel like we’re a new team now. I think it’s going to end up really great for us.

“This was my first year playing with a whole new team. I was kind of iffy at first, but I have built a very good relationship with my teammates. They are very hard workers. I knew in the beginning things wouldn’t be perfect, but throughout the season we’ve put it together.

“I think we’re good enough to win the district.”

Cook lines up for a freethrow. Photo/Joe Lane

Cook is a unique talent.

She can play any position on the court at any given time. She can work the interior in the post, or play point guard, slash to the basket or distribute the ball to her teammates.

Many of her scoring opportunities come from second chances, which is something that is emphasized at Muskegon.

“I just work hard at practice at particular things,” said Cook, who recently eclipsed the 900-point mark for her career. “We work a lot in practice around the rim, being able to get rebounds and score off of them.”

Muskegon Coach Taushauna Burrel feels fortunate to have the luxury of being able to look to Cook in almost any situation.

“It’s a bonus, especially going into a season with a lot of inexperienced players around (Cook),” Burrel said. “It also allows her to open up opportunities for other players on the court when she is in control.” 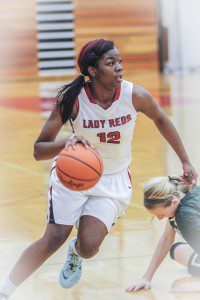 Cook’s abilities have been know far and wide for several years. As an underclassmen she was recruited by Division 1 college basketball teams from throughout the nation.

She finally made an early commitment to Michigan State University, which ended the annoying recruiting process and allowed Cook to focus on her studies and her team.

“I had about 20 offers and more than 60 looks,” Cook said. “It was pretty tough, just because I got really tired of talking to recruiters every day. It was just hard tying to keep up with it.

“I really like (Michigan State’s) atmosphere. It’s very family-oriented. When I visited they made me feel like I was part of the team already. Plus it’s closest to home.” 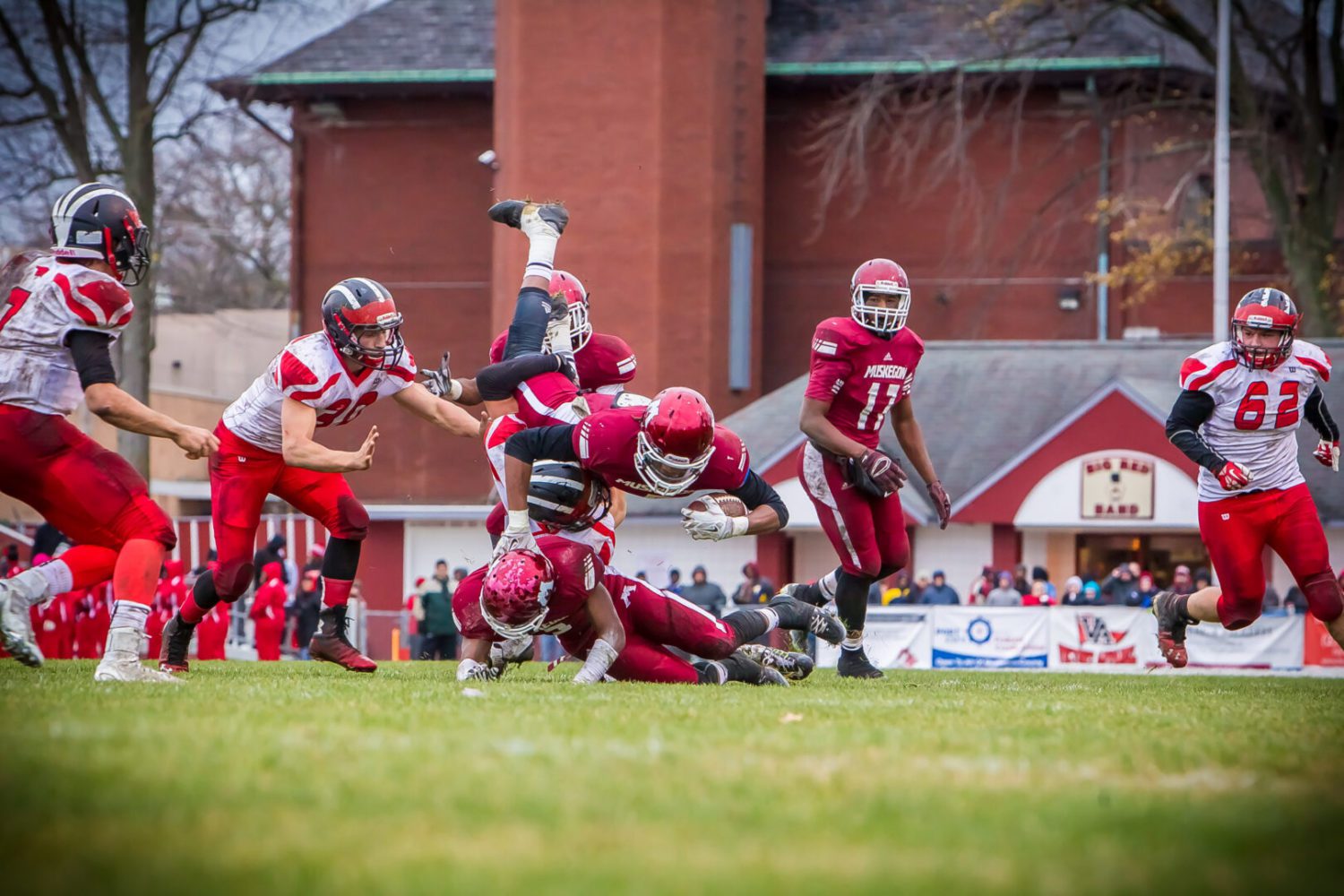 Lumberjacks find the net three times in first period, then hold on for a 4-3 victory