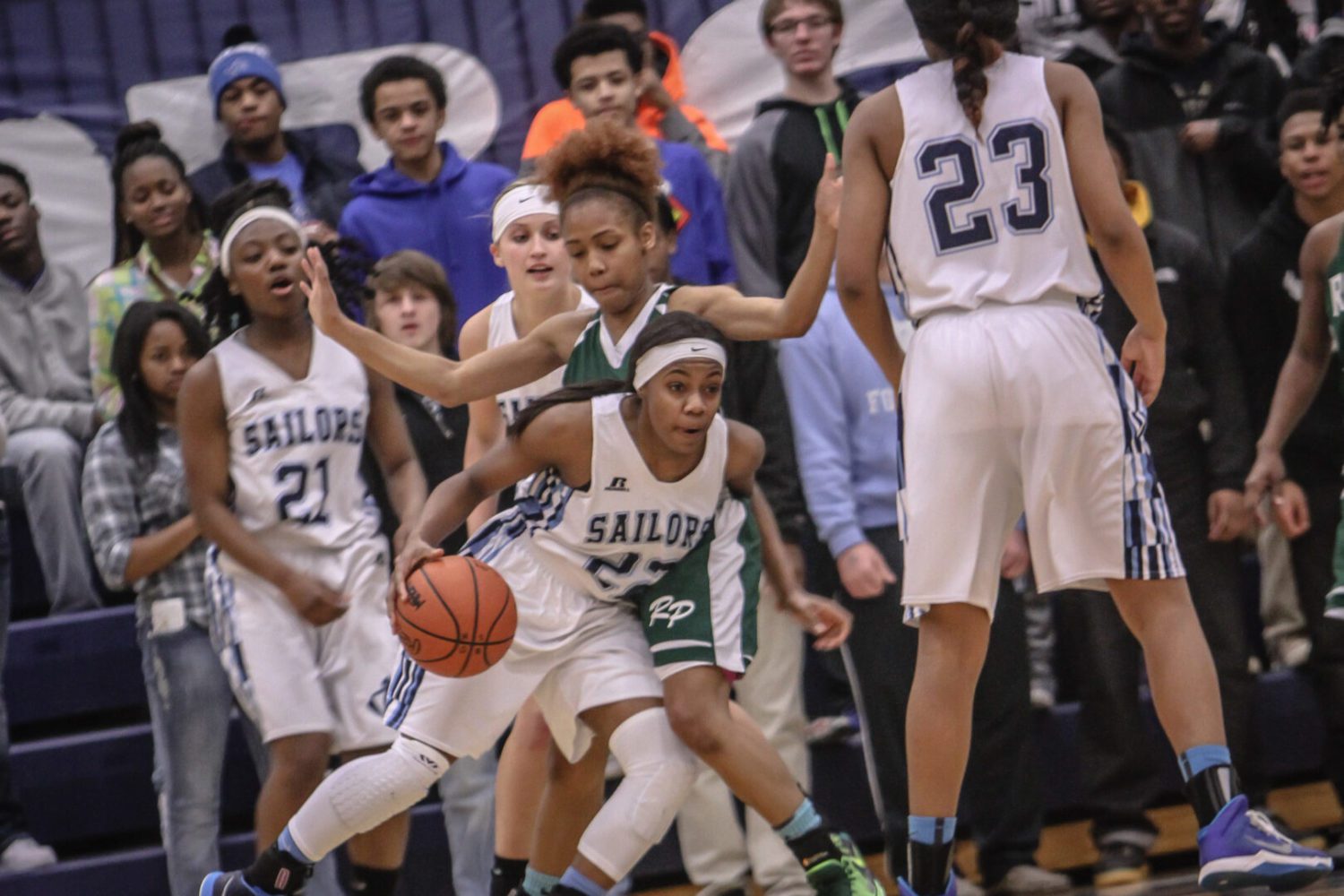 NORTON SHORES – The Mona Shores girls basketball team’s showdown with Reeths-Puffer in the Class A district tournament Monday was a lot like the Sailors’ regular season.

They trailed the Rockets most of the way, then pulled themselves together at the end to accomplish their goal. 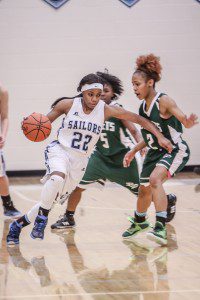 But during the regular season the Sailors came from behind in the standings to share the O-K Black Conference title with Reeths-Puffer. On Monday they rallied and came out on top, while the Rockets had to face the end of their season.

Mona Shores overcame horrible first half shooting and a 10-point deficit in the third quarter to down the Rockets 50-46 in front of a howling crowd on their home court in the first round of the districts.

Standout sophomore Jordan Walker led the way with 27 points and 14 rebounds. She helped nail down the victory by hitting a triple and making all six of her free throws in the fourth quarter.

The victory provided some revenge for the Sailors, who lost twice to the Rockets in the regular season by a total of three points.

It also allowed the Sailors, now 18-3, to advance to the district semifinals on Wednesday against Grand Haven, which defeated Fruitport on Monday.

“I almost feel it was better coming from behind because holding a lead against those guys is next to impossible,” said Mona Shores Coach Brad Kurth. “I’m really proud of our kids. I think we played well enough defensively to turn the tide in the third quarter and that was huge, then Jordan (Walker) put the game on her shoulders in the fourth quarter. 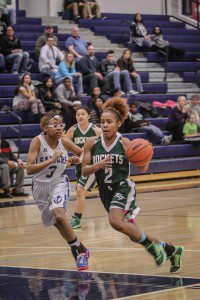 “I think we played one of the best halfs of basketball we’ve played in a while.”

A Mona Shores victory didn’t seem very likely for the first 2 1/2 quarters of the game.

They made only 5 of 28 shots from the floor in the first half, and missed their first six of the second half.

The Sailors trailed 11-8 after one quarter, 24-16 at halftime and 30-20 midway through the third quarter, following a triple by Reeths-Puffer’s Elysia Mattos.

But then the shots started to fall and the Sailors came back to life.

Mona Shores finished the third quarter with a 13-6 run to narrow its deficit to 36-33 at the buzzer. Jenna’a Matthews helped keep the Sailors alive by scoring all seven of her points in the third quarter.

The Sailors fell behind 41-35 with about two minutes gone in the final quarter, but tied the game with back-to-back 3-pointers by Walker and D’Avion Trotter midway through the fourth.

The hosts finished off the game with a 9-5 run to complete the rally and keep their season alive. Walker played the major role by scoring nine points in the fourth quarter, including six from the line. 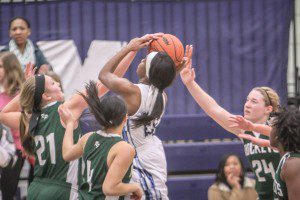 Delaney Bolles gets the block for Reeths-Puffer. Photo/Joe Lane

“It was a whale of a high school basketball game. Anybody who didn’t see it missed out.”

The Rockets left their chance for victory at the free throw line, making only 4 of 10 shots from the charity stripe in the fourth quarter, and 13 of 25 in the game. 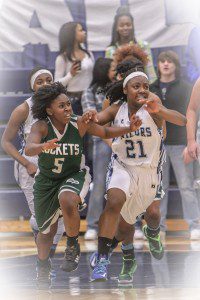 “They made a nice little run in the second half, and we kind of pushed back a little bit, but then we didn’t hit the free throws,” said Reeths-Puffer Coach Brandon Barry, whose team finished the season 16-5. “That hurt.”