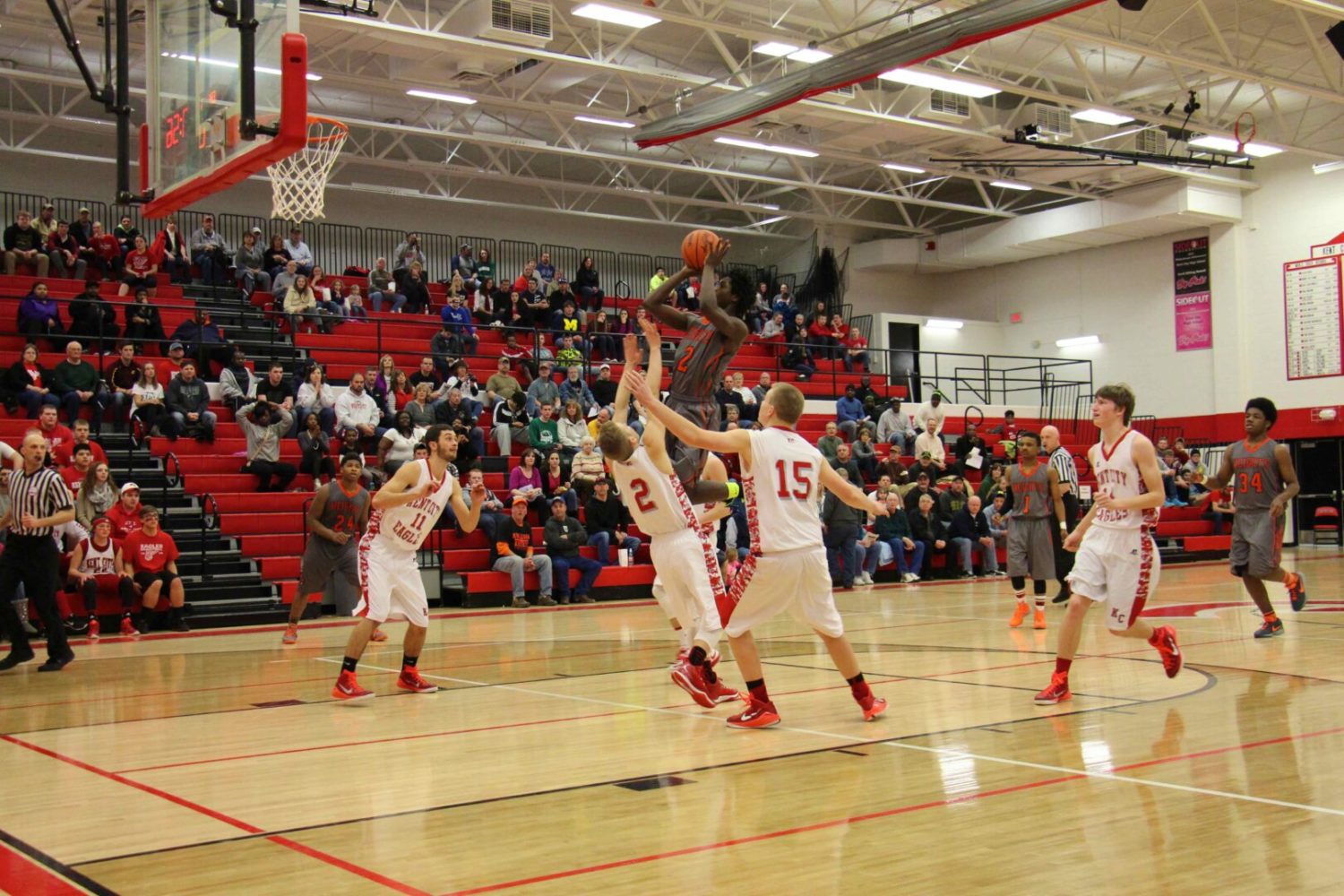 Antonio Jones played the hero for Muskegon Heights, collecting a game-high 27 points and eight assists. Jones lifted the Tigers in the final seconds with a steal and layup to put the win on ice. 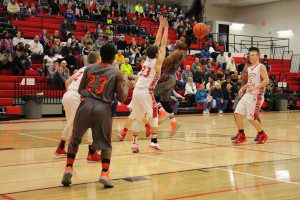 Antonio Jones gives a pass behind his head to teammate No. 23 Anthony Jones. Photo/Jason Goorman

“Antonio made a huge play for us,” said Muskegon Heights Coach Dale Stewart. “He had just turned the ball over to set up Kent City but got the steal on the next play and sealed the win.

“The way they (Kent City) had been playing, something good was going to happen for them. That was our last opportunity to salvage the game.”

The Tigers trailed after the first quarter 18-17 but rebounded to take a 44-41 halftime lead. Both teams struggled in the third quarter and the score was tied 49-49 at the buzzer.

The fourth quarter remained close until Jones settled the issue at the end. 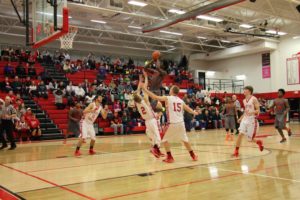 “We weren’t overlooking them at all but they just came out so well,” said Stewart about Kent City’s inspired play. “They shot the ball well, they defended well. They made us pay for every mistake.”

The Eagles were led by senior Nick Alt with 23 points. Luke Scheuneman added 14 points while Dustin Heeringa chipped in 10 for Kent City.