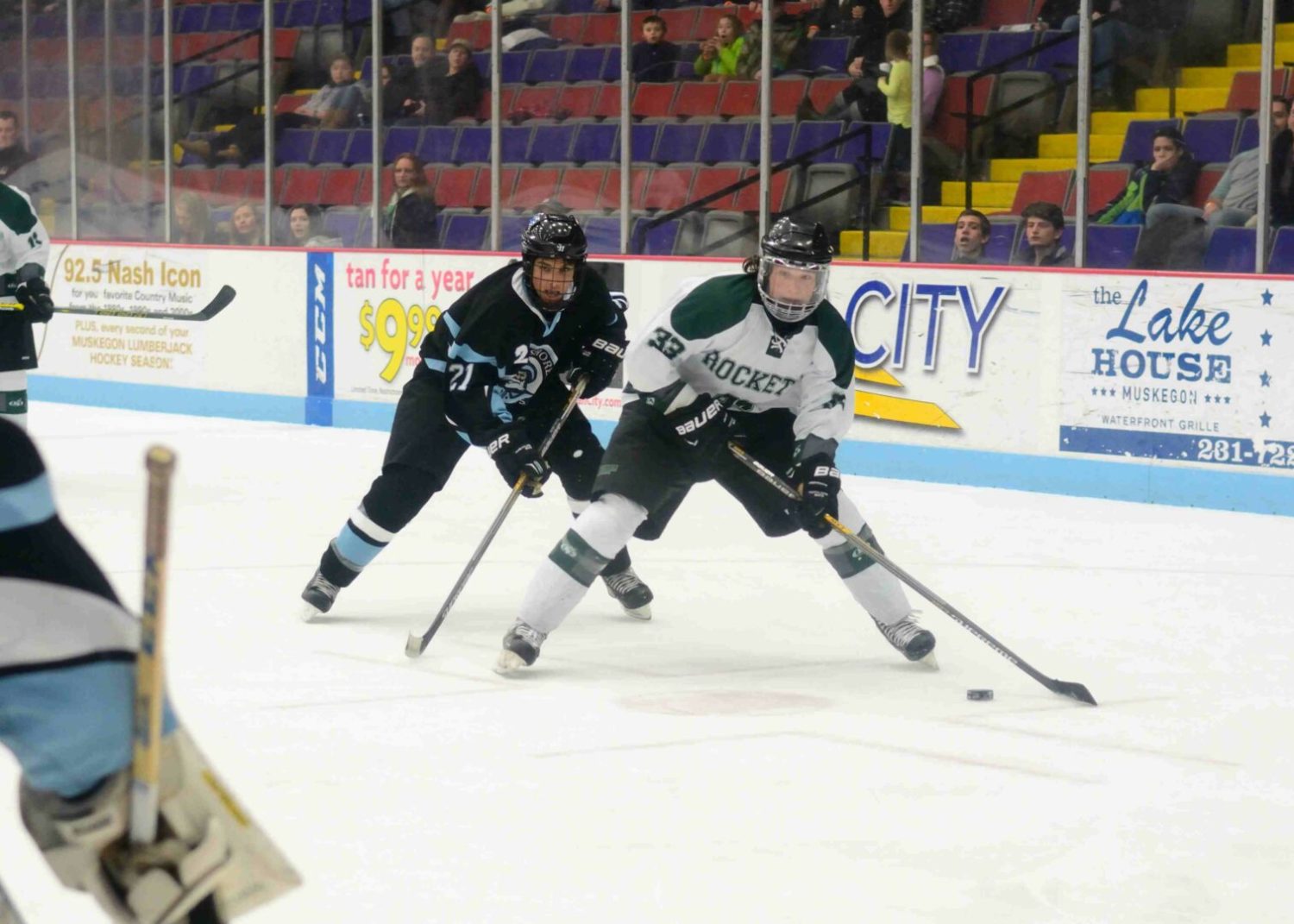 MUSKEGON – The Reeths-Puffer hockey team had a score to settle Monday night.

The Rockets lost two one-goal games to arch-rival Mona Shores during the regular season. A third loss, in the regional tournament opener at L.C. Walker Arena, would have brought down the curtain on Reeths-Puffer’s season. 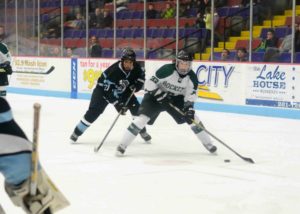 But the Rockets didn’t let that happen, despite behind outshot 34-23.

They jumped out to an early two-goal lead, then broke a tie by scoring the last three goals to claim 5-2 victory over the Sailors.

The Rockets, who made it all the way to the state semifinals last year, will now play in the Division 2 regional semifinals against Traverse City Central on Wednesday. The game will be played at Traverse City’s Howe Arena.

“That’s the win that we’re built to make,” said Rockets Coach Eric Sikkenga. “We knew we were very young at the beginning of the season and we had a lot of growing up to do. We committed to that, we didn’t have a choice.

“Tonight, we had key shifts out of everybody, we had every single player on our bench touch the ice and play, and there’s not a minute of the game that wasn’t a critical moment.” 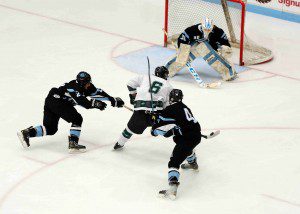 Mona Shores finished a very good season with an 18-8 record.

“Beating a team three times in one year, especially when we’re so close, is tough to do,” said Sailor Coach Dan Quaine. “Credit to them, they came out and worked hard. They capitalized on all their opportunities, we just didn’t finish tonight.”

The game started the way any good rivalry does, with physical play. Just 36 seconds into the game, Mona Shores defenseman Connor Edlund took a five minute major for boarding. The Sailors were able to kill that penalty and keep the game scoreless for the first half of the first period.

But Reeths-Puffer broke the deadlock at 11:46 of the first period when Brody Vanderlinde snapped a wrist shot past Mona Shores goalie Jake VanderLee. 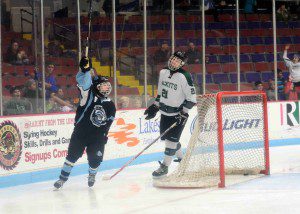 Less than five minutes later, Rocket forward Riley Draper was knocked down at the left face-off circle and the puck continued to slide toward the Sailor goal crease. A Mona Shores player attempted to clear the puck, but accidently knocked it into his own goal, putting the Rockets up 2-0.

Mona Shores came out in the second period ready to get back in the game.

Reeths-Puffer’s Derreck Pleimling took a tripping penalty 4:50 into the period, putting the Sailors on the power play. Just nine seconds later Elijah Wilson took a bounce off the end board and slammed the puck home to put the Sailors on the board. 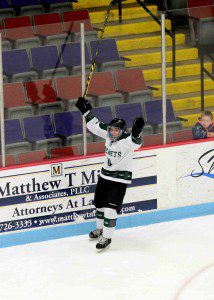 Mona Shores tied the score at 2-2 just over a minute later when Joel DeVoursney took a pass from Dalton L’Allier and beat R-P goalie Wil Mierz on the glove side.

The Rockets regained the lead with 20 seconds left in the second period when Draper took a pass from Nathan Ruiter, deked his way through the Sailor defense, and flipped the puck over VanderLee’s right shoulder.

“That’s a team goal because we got (Draper) set up in the right place,” Sikkenga said. “Their defense played it spectacular, but there isn’t a player in high school hockey that puts in more commitment and time to his physical conditioning as Draper does.”

Reeths-Puffer iced the game in the third period by scoring two goals.

Connor McEvoy scored at 16:58, with assists from Pleimling and Andy DeYoung, then Nate Sullivan wrapped up the win at 16:58 with an empty net goal. 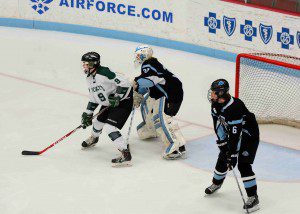 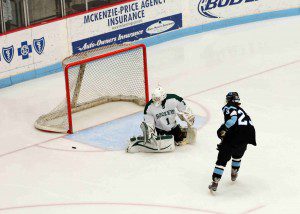 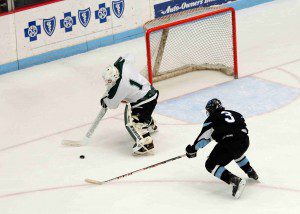