8-3 while Fremont captured the nightcap 9-3.

In Game 1, Fruitport’s Bree Dawson broke a 3-3 tie in the sixth inning with a two-run triple. The Trojans scored five runs in the inning and pitcher Auroa Wilks shut down Fremont in the seventh. 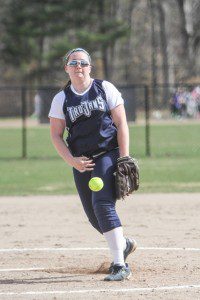 Wilks posted the win on the hill with 11 strikeouts in seven innings.

“Aurora is a freshman for us and has a lot of hours in training,” said Fruitport coach Bob Dorman. “We were in the box today and that gave us great confidence at the plate in the first game. We were able to do what we’ve been working on and that was really exciting.”

Pitcher Gabby Cygeirt got the win for Fremont in Game 2, giving up 11 hits but only three runs.

“She came out with her changeup and we couldn’t keep our weight back,” Dorman said about Cygeirt’s pitching. “She had us off balance and made us look pretty silly.” 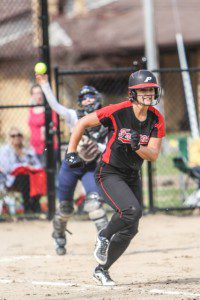