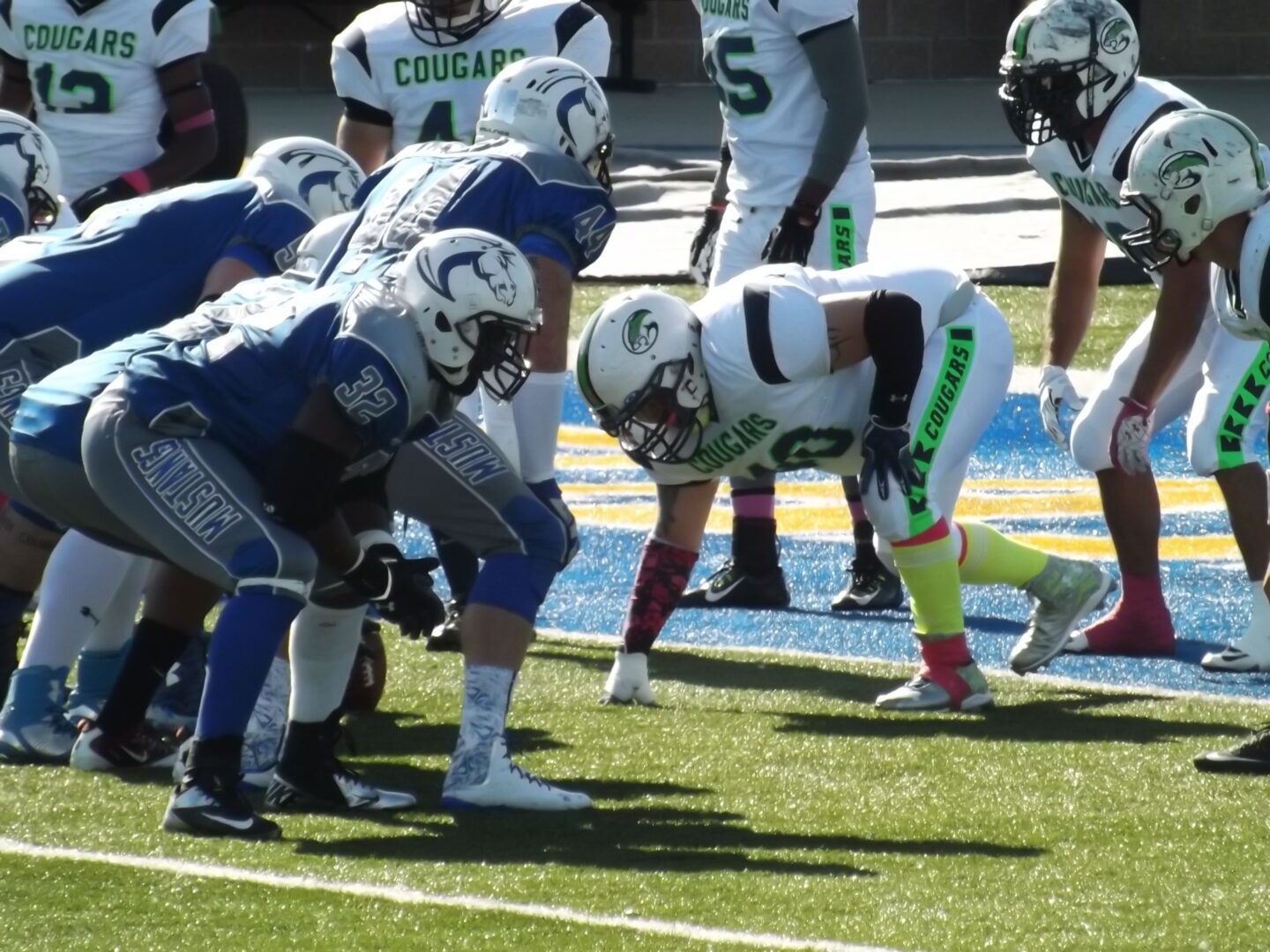 GRAND HAVEN – On a day where horse racing dominated the national news, with a triple crown winner in the Belmont Stakes, a local group of Mustangs galloped over its competition in the Great Lakes Football League.

The Muskegon Mustangs topped the Lakeshore Cougars 29-13 at Gene Rothi Stadium in Grand Haven on Saturday.

A balanced rushing attack and a stout defense powered the Mustangs, who improved to 2-0 on the season.

Derek VandenBoesch led a the defense with seven tackles and two sacks. Overall the Mustang defense had a very good night with three turnovers and two safeties.

Muskegon wasted no time getting on the scoreboard as Anderson rushed for a 22-yard touchdown on the second play of the game.

Early in the second quarter, Jose Diaz boomed a punt that was muffed by Lakeshore’s Brant Brooks Sr. The Cougars retained possession at the 1-yard-line, but on the following play Karey Morrow-Bey forced Lakeshore quarterback Jamarr Jackson out of the back of the end zone and the Mustangs were awarded a safety.

Muskegon led 21-0 at the end of the first half after punching in two more touchdowns, courtesy of a 1-yard-rush by Eric James and a 20-yard pass from Aaron James to Jamarcus Martin. Three PAT attempts failed for Muskegon in the first two quarters.

The Mustangs held Lakeshore to 23 total yards in the first half, relenting only a 32-yard field goal try that fell short.

In the second half, the Cougars (1-1) made their way onto the scoreboard twice as Jackson tossed touchdown passes of 58 and 37 yards.

Muskegon sealed the game with 3:47 remaining when Aaron James linked up with Demonte Collins on a 36-yard touchdown pass.

“We knew what this game stood for with the crosstown rivalry and we were ready for it,” said Muskegon head coach Brad Haney.

“We kind of fell apart offensively – defense was doing a phenomenal job. We just couldn’t put the pieces together offensively. It’s week two, we’re still trying to figure it out, but at the end of the day a win’s a win so we’re happy with it.”

Muskegon was plagued all game by miscues, but managed to avoid major consequences. The Mustangs fumbled the ball five times but always regained possession.

Jose Diaz was the lone bright spot in a dismal Muskegon special teams showing, punting five times with a 47-yard average and a long of 55 yards.

Aaron James struggled to find a rhythm with his receivers, but redeemed himself with the late touchdown throw. James finished 8-for-22 for 113 yards and two touchdowns.

Muskegon racked up 263 total yards of total offense while Lakeshore mustered only 132.

Key McMillian contributed to the defensive effort with 6.5 tackles .

“Really we need to fine tune everything. We’re still young and trying to gel together,” Eric James said. “We have a few veterans but for the most part we’re young. We just need to understand our schemes and understand what we need to do.”

The Mustangs have a bye next week and will play at home on June 20 against the Traverse City Wolves at Oakridge High School.