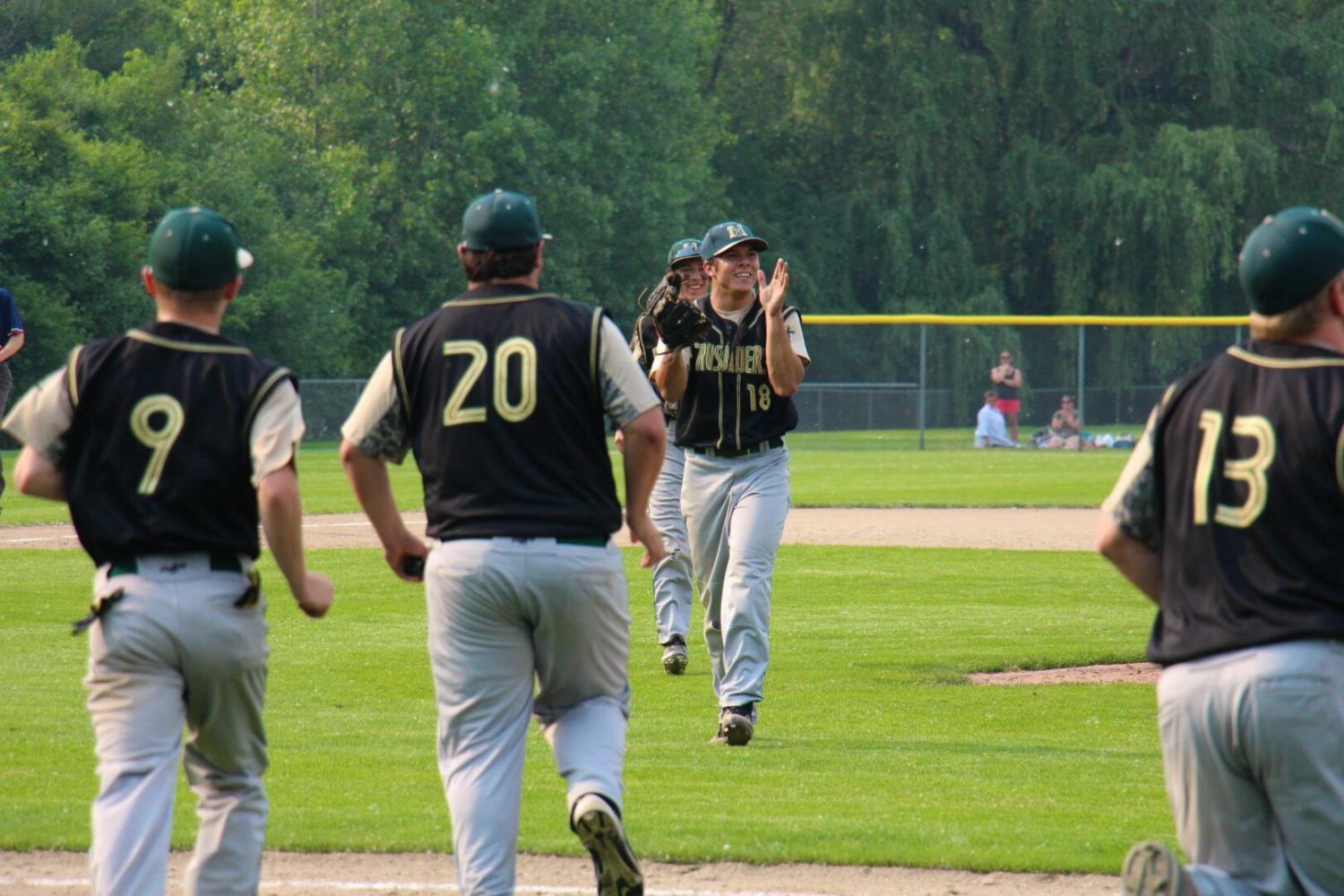 GRAND RAPIDS – The seven seniors on the Muskegon Catholic baseball team were freshmen the last time the Crusaders advanced to the state semifinals.

A few of them even played on that 2012 team, which lost to Decatur, and now they will get a second chance to deliver that elusive Division 4 state championship.

The Crusaders fought their way into Friday’s state semifinals with a tense 2-1 victory over Potterville Tuesday at Calvin College in the quarterfinals. 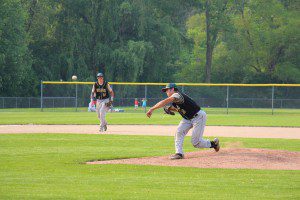 They will meet Ubly on Friday at 5 p.m. at Michigan State University, with the winner moving on to Saturday’s state title game.

“I am thrilled that we are moving on to East Lansing,” said Crusaders coach Steve Schuitema, whose team improved to 37-1-1 on the season. “All year we have had one goal and that was to win the state championship.”

Nick Holt was one of the freshman who tasted defeat in the state semifinals in 2012.  Holt pitched in relief Tuesday and recorded the last six crucial outs, allowing one hit while striking out three batters.

MCC starting pitcher Zach Huston picked up the victory, allowing one run on one hit while striking out five in five innings. 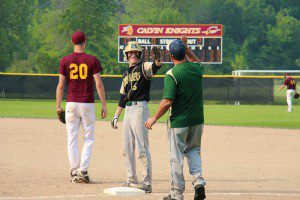 Zach Houston gives coach Mike Holt a high five after reaching base safely in the bottom of the sixth. Photo/Jason Goorman

“I feel like I just need to throw strikes because I know my defense will back me up,” said Huston. “It feels great, I can’t wait until the next game.”

Hits were at a premium with the teams only managing two apiece.

Holt was the only player on either team to reach base in the first two innings, and that occurred when he was hit by a pitch.

MCC got its two runs in the bottom of the third inning, thanks in large part to a pair of Potterville errors.

Devin Comes laid down a bunt, then reached second base on a throwing error by the Vikings third baseman.  Comes advanced to third base on a sacrifice bunt from Griffen Seymour.

Anthony Woodard knocked in Comes with a suicide squeeze bunt to give the Crusaders a 1-0 lead.

Woodard advanced to second base on a throwing error by Potterville’s pitcher, who tried to throw out Comes at the plate.

Zach Winzer knocked in Woodard, hitting a double to straight away center field to give MCC a 2-0 advantage. 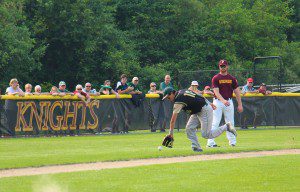 “Anthony (Woodard) laid down a great bunt to get on base,” said Winzer.  “I wanted to go up to the plate and bring him home.

“I think this group of seniors has been fighting to get back to the semis so we can experience what we experienced our freshman year.  Our job is not done yet. We have two more wins to go.”

The Vikings scored their lone run in the fourth inning on a sacrifice fly to right field by Kolin Groom, scoring Potterville pitcher Sam Trauer, who led off the inning with a triple.