With the All-Star break upon us, the Detroit Tigers are facing their toughest question in years.

Should they be buyers or sellers at the trade deadline?

I love this team. I’d bawl if I saw Miguel Cabrera lift that pathetic piece of metal the MLB passes off as a World Series trophy this fall. 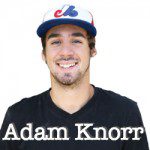 But it’s not going to happen, so they should be sellers. Pack it up. Wave the flag. The window of opportunity has passed for this team, and the future could be bleak if the Tigers do not restock their farm system, and soon.

General Manager Dave Dombrowski made some nice moves last offseason, flipping Rick Porcello (6.08 ERA/1.41 WHIP) for Yoenis Cespedes and Alex Wilson and dealing Devon Travis for Anthony Gose, who has quickly become a fan favorite in Detroit. But those moves were for 2015. Now it’s time to make moves for the future.

Nearly everyone was optimistic coming into the 2015 season. And why not? The Tigers had won four consecutive AL Central titles  and, with the exception of the starting rotation, had seemingly improved the rest of their roster.

But optimism quickly gave way to frustration, and at the All-Star break the Tigers find themselves buried deep in the division, nine games behind the Kansas City Royals.

I’ll be the first to admit, I didn’t think the Royals were for real after last season’s wild playoff run. But, bias be damned, they are.

Of course the Tigers don’t have to win their division to make the playoffs and they’re still in contention for a wild card spot with half the season to go.

If they go out and land a starting pitcher at the deadline, which I expect them to do, they could find a way into the postseason again.

But they shouldn’t do it, because such a trade would cost precious young minor league talent at a time they should be adding it.

The Tigers have two salivating trade pieces in Cespedes and David Price. Both players are in the final years of their respective contracts and will likely demand $100 million-plus, long-term contracts in the offseason.

A few teams have the cash to meet those demands. Detroit, with its mega contracts for Cabrera and Justin Verlander, doesn’t.

The Tigers should flip Cespedes and Price for quality prospects or young, MLB-ready players and call it a season.

If they don’t, they could be calling it a decade.

The team is clearly at a crossroads. The core of Cabrera, Gose, Jose Iglesias, J.D. Martinez, Nick Castellanos and James McCann will be nice in future seasons, and, with the right supporting cast, could be a World Series team within a few years.

But it won’t be next year. Or the year after that. The farm system is simply too depleted.

Fix it. Strengthen it. Stop trying the ‘win now’ strategy. Look at the St. Louis Cardinals and the San Francisco Giants. Tell me the last time they went all-in on one season. Now look at their successes.

The 2008 Phillies are the last team I can remember that had success with the ‘win now’ strategy. And where do the Phillies find themselves seven years later?

The Tigers could turn into the Phillies real fast, if they don’t think carefully and make the right moves.

The Tigers are one of only five teams (Orioles, Diamondbacks, Padres, Giants) without a prospect in the top 50.

Detroit has been a buyer at the trade deadline for the past few seasons. Dombrowski and Ilitch have been as good a GM/Owner combo as there is in baseball.

We all want to see Mr. I get a World Series title while he still can. But that year isn’t this year.

The window is closing more every day. Don’t prop it open with some shoddy fix. It won’t hold when the pressure builds.

Wait, think and start plotting a long-term strategy to acquire the young talent that will be necessary to remain in contention for years to come.