MUSKEGON TOWNSHIP – Robby Gunderson was more than ready to break into the scoring column for the Muskegon Risers, and he did it in a big way on Saturday.

The midseason acquisition scored his first two goals of the season in his third game, leading the Risers to a 3-1 victory over Oakland United at Reeths-Puffer High School. The win extended the team’s home unbeaten streak to eight games and improved the Risers to 7-3-1 on the season. 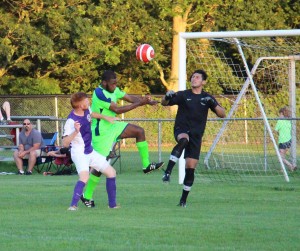 “It’s very exciting to come out here and be a part of this team,” Gunderson said. “To step on and have an impact so early is a good feeling, I like it a lot.”

The game was not without controversy.

With 2:20 remaining in the second half, the game was called final by the referees after Riser Bandile Mathandela made a high tackle on Mario Morana that the Oakland bench took exception to. Players came off the bench to confront Mathandela and express their displeasure with the officiating.

The play resulted in Mathandela receiving a red card and being suspended for next week’s match by Muskegon Coach David Wood.

“He’s going to be sitting a week. Losing your head for one minute cost his team,” said Wood, who rejoined the team after missing the last two games away with the Chicago Fire organization. “At the end of the day, he’s going to own up to his mistake.”

In the second half, Muskegon received four yellow cards and a red card for overly aggressive play while Oakland was given two red cards for the incident that ended the match.

“Apart from the last two minutes, (our play) was fantastic, “ Wood said. “We were in control, we had possession of the ball a majority of the game, it was a pretty comfortable game. 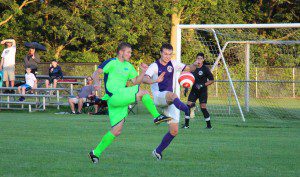 Muskegon’s Brogan Shrimpton lifts up for the kick. Photo/Jason Goorman

“But again, it’s disappointing. Coming away from a 3-1 win, you should be happy with yourselves, going off the field being confident going into the next game. Now, (the controversial end) just tarnishes that result a little bit.”

It didn’t take long for the Risers to strike. In just the tenth minute, Jeff McClure launched an outlet pass behind the Oakland defense that Gunderson chased down and tapped into the net.

In the 34th minute, newcomer Ryan Wagenmaker raced down the left wing before making a cross pass that was punched to the waiting feet of Gunderson.

Gunderson made no mistake in launching his second goal of the night, putting Muskegon up 2-0 at halftime.

The Risers’ Jai Maw launched a corner kick to a waiting Ben Honeycutt, who scored his first goal of the season in the 51st minute.

Oakland finally got on the board in the 59th minute. Risers’ forward Keegan Bailey was whistled in the Muskegon box, leading to an Oakland penalty kick. Dane Laird beat Muskegon goalkeeper Reece Richardson to finish the scoring. 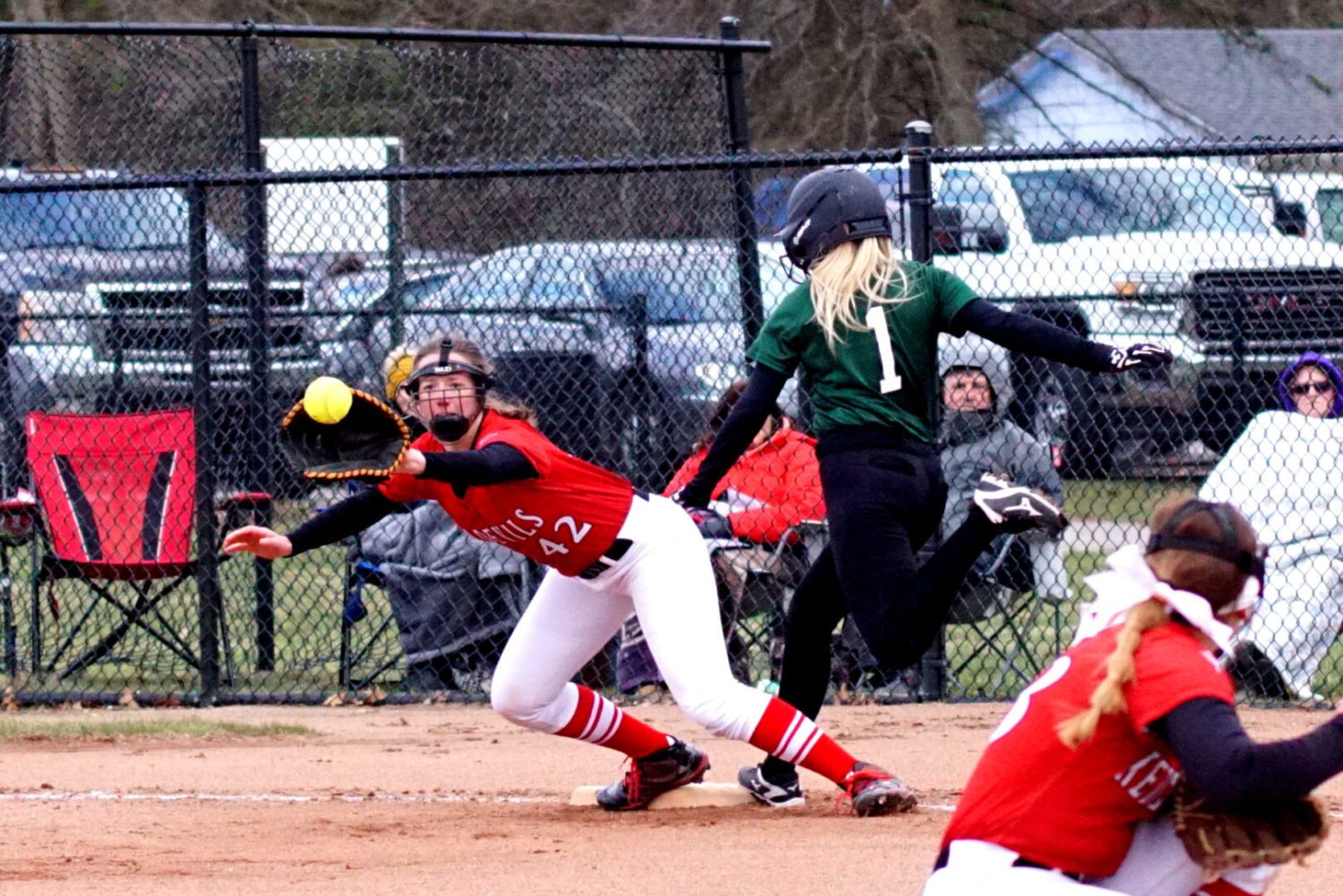