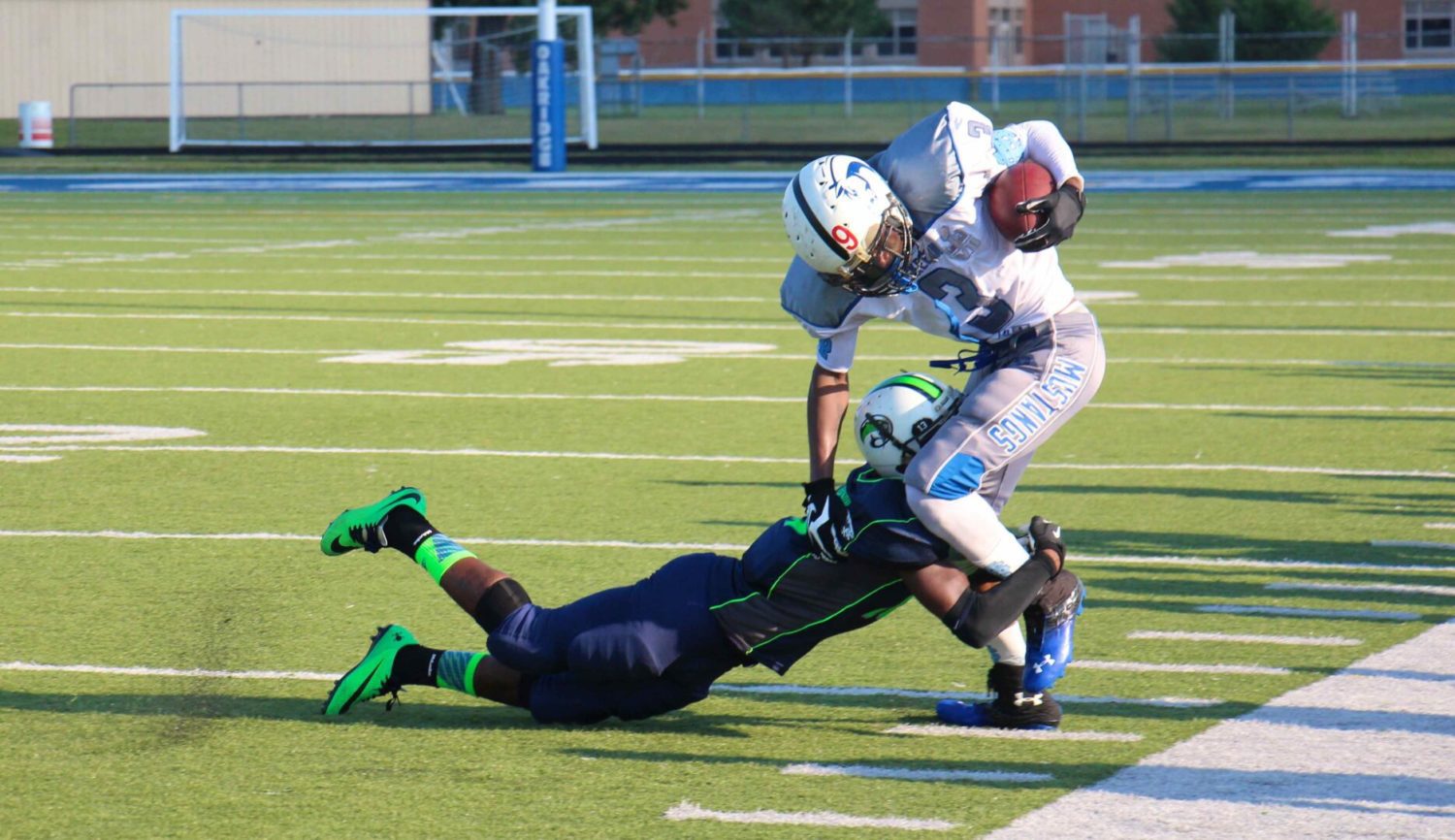 EGELSTON TOWNSHIP – The Muskegon Mustangs were fired up about Saturday’s game against the Lakeshore Cougars.

They had blown out just about everyone else they had played this season. At least the Cougars gave them a fight the first time they met back in June, only losing by 16 points. 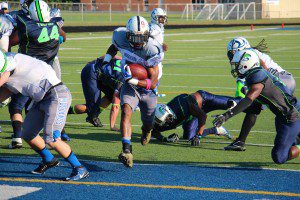 No. 5 John Ross breaks through the end zone for a Mustang touchdown. Photo/Jason Goorman

But now the Grand Haven-based Cougars can be added to the list of teams that can’t keep up with the Mustangs, following Muskegon’s 56-6 victory at Oakridge High School on Saturday.

The Mustangs wrapped up their regular season with a 7-0 record and the Western Division championship in the Great Lakes Football League. They will now head to next month’s playoffs, with the hope of avenging last year’s loss in the league championship game.

The league playoff system has three rounds and the Mustangs will get a bye in the first round.

Lakeshore dropped to 5-2 on the season. 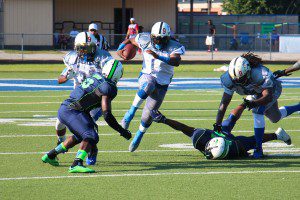 Eric James (1) rushes up the field with No. 3 Jamarcus Martin and No. 81 Demonte Collins blocking. Photo/Jason Goorman

“(Lakeshore) is number two (in our division) and we were expecting a better fight, but we’re really starting to click on all cylinders,” said Mustangs Coach Brad Haney. “It’s about the maturity of our athletes, how hard they work at practice and the fact that they believe in our system and each other.

“We only get the chance to practice once a week, so it’s really on them to understand what they have to do. We have a great group of guys who hang around with each other outside of football, they’re very familiar with each other, and on a football team chemistry is huge.”

The Mustangs took control just minutes into the game when Keenan Brown blocked a Lakeshore punt and Muskegon recovered at the Cougar one-year-line. Quarterback Aaron James plunged in two plays later to put the Mustangs up by a touchdown.

Muskegon was led defensively by Key McMillian, who had three pass interceptions.

Lakeshore got on the scoreboard in the final few minutes with a touchdown run by Brandon Kimball. 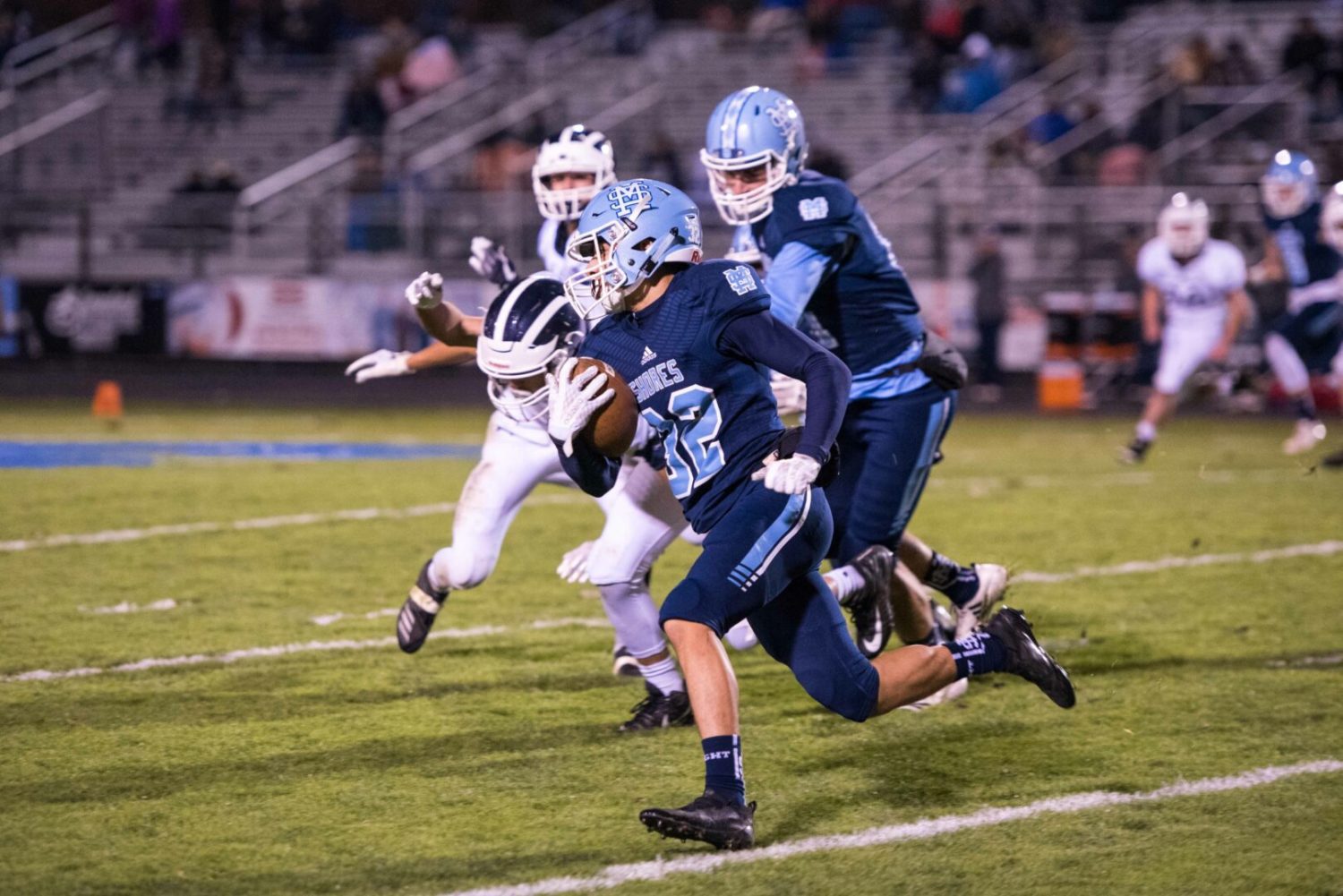