MONTAGUE – It looks like the Montague football team is back to its winning ways.

The Wildcats, an area power for years, hit rock bottom last year with a 2-7 record, their worst mark since 1999. They missed the playoffs for the first time in 13 years.

But they are obviously determined to do much better this season, based on their impressive 35-13 victory Thursday over Orchard View.

The Wildcats gained their advantage with a potent running game. Quarterback Jacob Buchberger and running back Cameron Brayman combined for 349 rushing yards and five touchdowns.

“We did a good job keeping things sound and simple in the preseason,” said Montague Coach Pat Collins, whose team did not get its first win last season until Week 7. “The kids won this game because they decided to work hard and put in time earlier in the year. I am glad they reaped the rewards.” 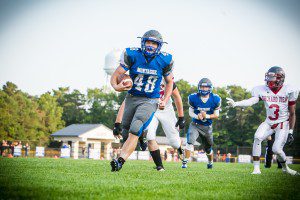 The Wildcats jumped out to a 14-0 lead with a pair of two-yard touchdown runs from Brayman with 9:49 and 4:23 left in the first quarter, respectively.

Orchard View responded with two touchdowns in the second quarter on a 13-yard scoring run by Dakota Goosen and a two-yard touchdown from T.J. Boykins.

The Cardinals missed the extra point on the second score, allowing Montague to cling to a 14-13 lead at halftime.

“He is a beast,” said Collins about Brayman. “I thought his O-line did a good job in front of him.” 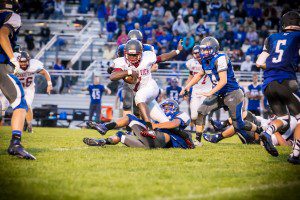 Buchberger closed out the scoring in the fourth quarter with a two-yard touchdown run with 5:32 left in the game.

He led the Wildcat ground attack with 190 yards and set the tone for the offense.

The Cardinals were led by quarterback Jayden Day, who completed four passes for 66 yards.  Boykins led OV with 32 rushing yards and one touchdown.

“Montague is a really good football team,” said OV Coach Joe Tanis. “We did not have the answers tonight but we are going to go to work and find them.” 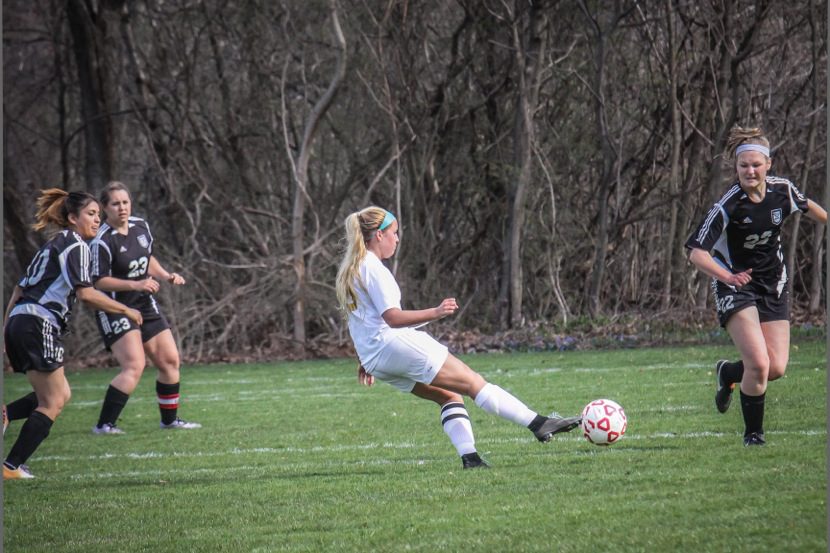