There’s only one week to go until kickoff, and the Local Sports Journal’s 2015 high school football preview section has been published.

You can get your copy, hot off the presses and free of charge, at the first annual LSJ Football Preview Section Release Party on Friday from 4-7 p.m. at Tatra Hall, at the corner of Sherman Boulevard and Sixth Street in Muskegon Heights.

Sport Clips is the proud sponsor of the football preview section release party. 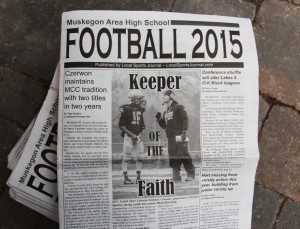 Admission is free of charge and everyone is welcome!

This year’s football preview section features a profile of Muskegon Catholic Coach Steve Czerwon, whose team has won two state titles in his first two years on the job. It also includes the traditional full page profiles, with photos, of all 18 area prep football teams.

The high school football broadcast team from WLCS 98.3 FM radio will be on hand to do a live remote broadcast throughout the event, with the broadcast piped into the hall.

The gang from Tatra Hall will be selling sandwiches and beverages, including adult drinks.

Several area varsity football coaches will be present to greet the public and share their thoughts about the coming season with the radio audience. 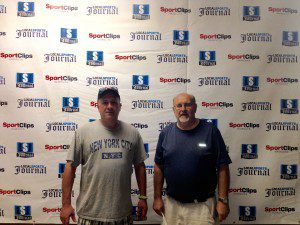 Get your photo taken with a local high school football coach, with LSJ’s banner for a backdrop.

Brian Burrell, Nes Burrell and Brandon Burrell, who serve as local high school football referees, will also be on hand to discuss their challenging duties.

There will be a 50/50 raffle, along with numerous drawings for dozens of prizes, including six free tickets to the Muskegon-Mona Shores game and other games at various schools throughout the season.

There will also be an LSJ photo backdrop at the party, so fans can have their photos taken with area coaches and local sports celebrities. LSJ sports photographers will be on hand to snap the shots for free.

So come on out Friday night, grab your copy of the high school football preview section, and help us ring in another season of great prep gridiron action. 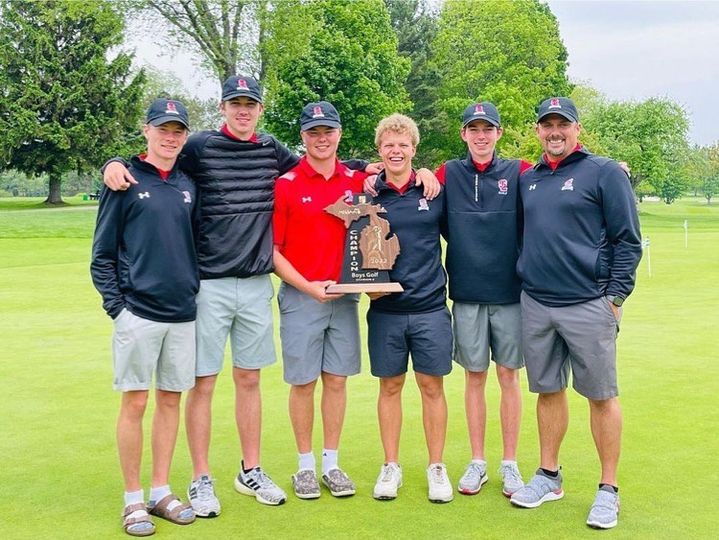 Montague, Mason County Central each get a win in a league doubleheader