The Muskegon Mustangs made it business as usual at the Great Lakes Football League playoffs on Saturday.

The Mustangs steamrolled the West Michigan Force 65-7 at Oakridge High School to advance to the Western Division championship game next weekend. 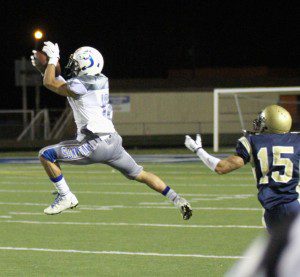 Buddy Keys comes up with an interception for the Mustangs. Photo/Scott Stone

“We started off horribly,” said Mustangs’ head coach Brad Haney. “The first play of the game we fumbled and they scored on the first play to go up 7-0. We weren’t clicking until the third quarter and we got back on course.”

Jamarcus Martin punched in a touchdown of his own, while the Mustangs dominated on the ground. Backs Eric James, Rodney Anderson and Jon Ross all scored touchdowns. 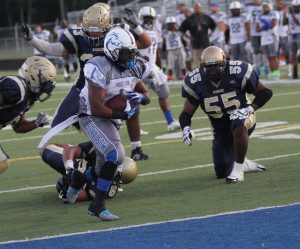 “I tell my offensive line we got the best one in the league and I’m going to make them work,” Haney said. “Even though we got great skill guys it starts with the guys up front. They dictate what I can and can’t call.”

Mike Svoboda, Carlin Landingham and Shawn Hendricks headed the effort of the O-line, and have done so all season.

The Mustangs had help from the defense on the scoreboard as well, as linebacker Derek VandenBosch secured a pick six and made a number of tackles.

The Mustangs are slated to take on the Lakeshore Cougars at Oakridge High School on Saturday for the Western Conference championship. The winner will advance to the league championship game. 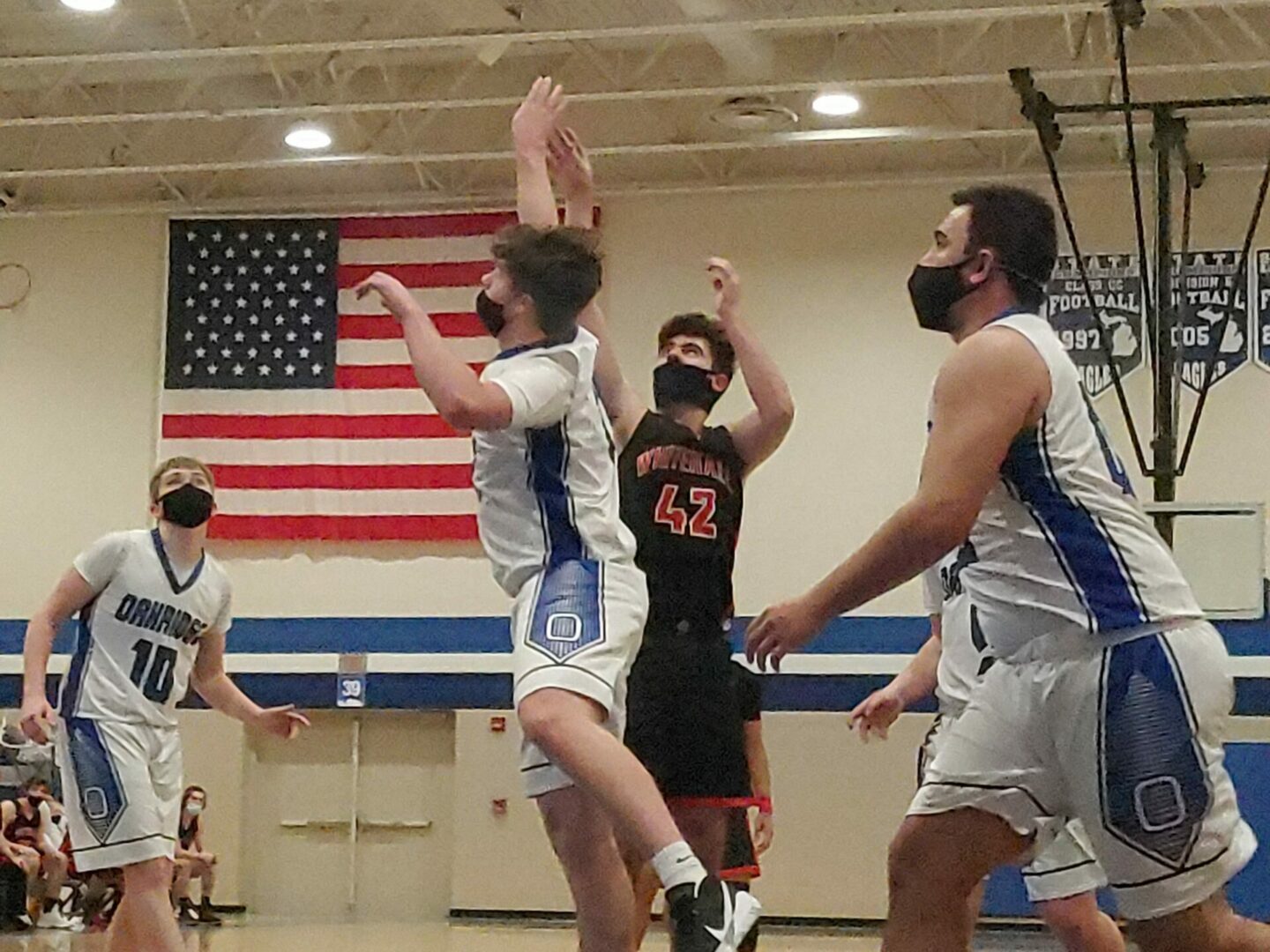 Fremont falls to Grant in Class B boys district finals

After several close calls in the playoffs and the long break, Mona Shores set to continue bid for a repeat state title