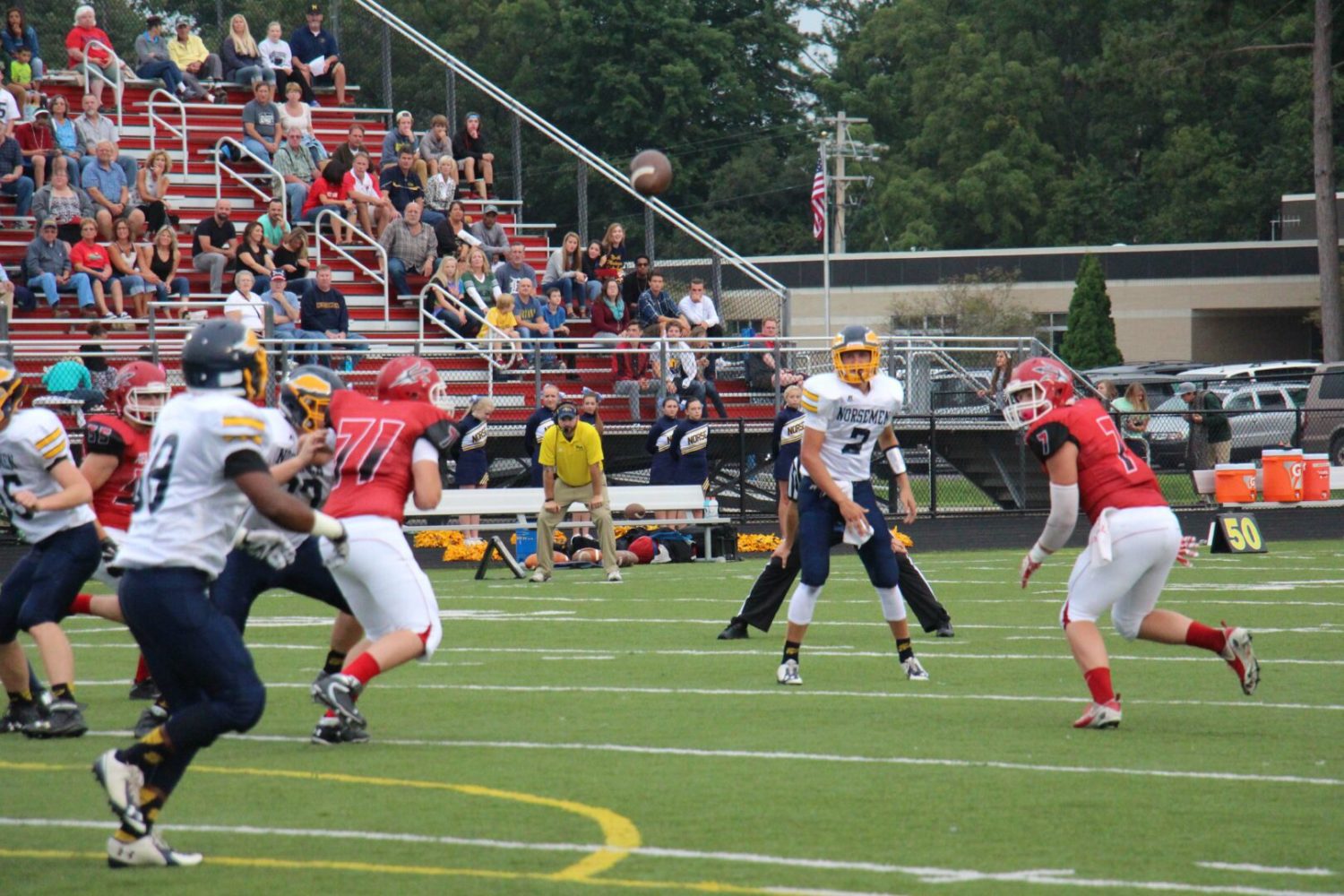 HOLTON – Despite having three starters out with injuries, the North Muskegon football team had more than enough talent to defeat Holton in its season opener Friday, 35-14.

That was a big relief to Norse Coach Mike Belmonte, whose team was hurt by a number of injuries last season.

The same problem is already starting this year. Juniors Riley Fairfield and Jake Bean and senior Marc Ramirez were forced to watch Friday’s game from the sideline.

“If we stay healthy, we’re real close,” Belmonte said. “But one or two injuries, it’s like a house of cards.”

Even with those key players sitting out, the Norse still had senior quarterback Erick Bleakley and junior running back Vernonell Smith to lean on, and that was more than enough.

Playing in his first game since being injured in a game against Oakridge last season, Bleakley was a force through the air and on the ground. He competed 4-of-6 passes for 87 yards and a touchdown and rushed 10 times for 57 yards and two more touchdowns.

Smith finished with 12 carries for 107 yards and a touchdown. 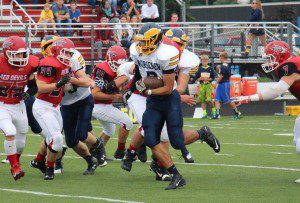 “It was a great team effort,” Smith said. “It started with the offensive line, we were kind of shaky about what was going to happen, but as soon as we got out here, the offensive and defensive line was ready.

“I had a lot of fun, just playing with my brothers, that’s the best part.”

Bleakley opened the scoring with a two yard bootleg to the right with 6:39 remaining in the first quarter.

Despite being down big, Holton wouldn’t give in.

With 5:45 to go in the third quarter, junior quarterback Blake Fialek found Brendan Cregg in the end zone for a 19-yard scoring strike to get the Red Devils on the board. 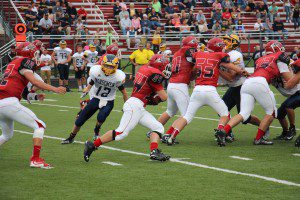 Mitchell Erickson runs the ball for Holton while the Norse’ No. 12 Thomas Lane looks for the tackle. Photo/Jason Goorman

“We’re showing some fight,” said Holton coach Jack Nummerdor. “I couldn’t be more proud of the boys for that.

“Our kids don’t want to take their lumps, they want to battle back.”

Unfortunately for Holton, on the next play, Bleakley connected with Ben Garcia for a 54-yard touchdown.

Bleakley added a 17-yard rushing touchdown in the fourth quarter.