The Whitehall soccer team knocked off host Mona Shores 3-2 in a see-saw battle on Monday night.

Ethan Avery scored the game-winning goal for the Vikings on a penalty kick at the 39th minute of the second half. 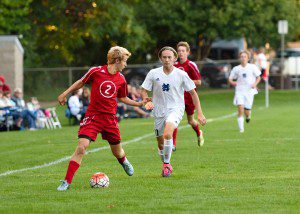 John Gonzalez and Daniel Dubois also scored goals for Whitehall who improved to 6-5 on its season.