GRAND RAPIDS – After last week’s loss to Detroit Catholic, some Muskegon fans were wondering if this might be a down year for their team.

The Big Reds had a chance to address those concerns this week, against state-ranked Grand Rapids Christian, and they took full advantage.

Muskegon opened a lot of eyes by steamrolling GR Christian 42-14 at Eagle Stadium to earn the program’s 799th all-time win. 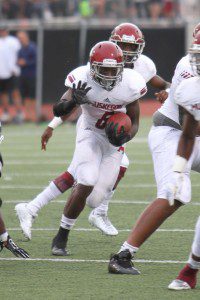 The Big Red defense came up with big stops, time and again. to give the offense a number of chances with good field position.

Seniors Keyante Carpenter and Jacarius Scott both came up with interceptions in the first half and the Big Reds recovered a GR Christian fumble. Muskegon scored 21 points off four forced turnovers in the contest.

“Our goal going in was to get takeaways,” Fairfield said. “You can’t live on that or rely on that. All you can do is keep preaching it and hopefully it comes true.”

A versatile, many-headed rushing attack was another key to victory for the Big Reds. Senior PP Copeland led the charge, rushing for 117 yards and a touchdown on just eight carries.

Jared Pittman, Ernest Lyons and Andrew Ward combined for 113 yards and two touchdowns on the ground, while quarterback Kalil Pimpleton rushed for 103 yards and a touchdown.

While the Eagle attack was plagued with mistakes, the Big Reds played a relatively clean game, turning the ball over just two times – one a fumble with 30 seconds remaining that led to a GR Christian score. 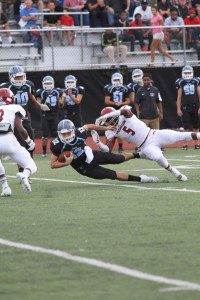 Aggressive play calling by Fairfield helped put his team up 28-7 going into halftime. Twice, the Big Reds went for it on fourth down. Twice, they succeeded, as both fourth down tries resulted in touchdowns.

“(This win) means we don’t have to hit the panic button yet,” Fairfield said. “I knew that coming out of last week, our offense’s goals this week were to get back to the basics.

“It’s a big win because we came off a slugfest last week and we didn’t run into anybody that was going to give us a break.”

Pimpleton threw for 81 yards and two touchdowns – to Copeland and senior Terrion Hill-McKay. 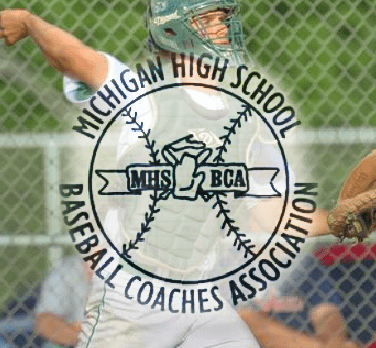