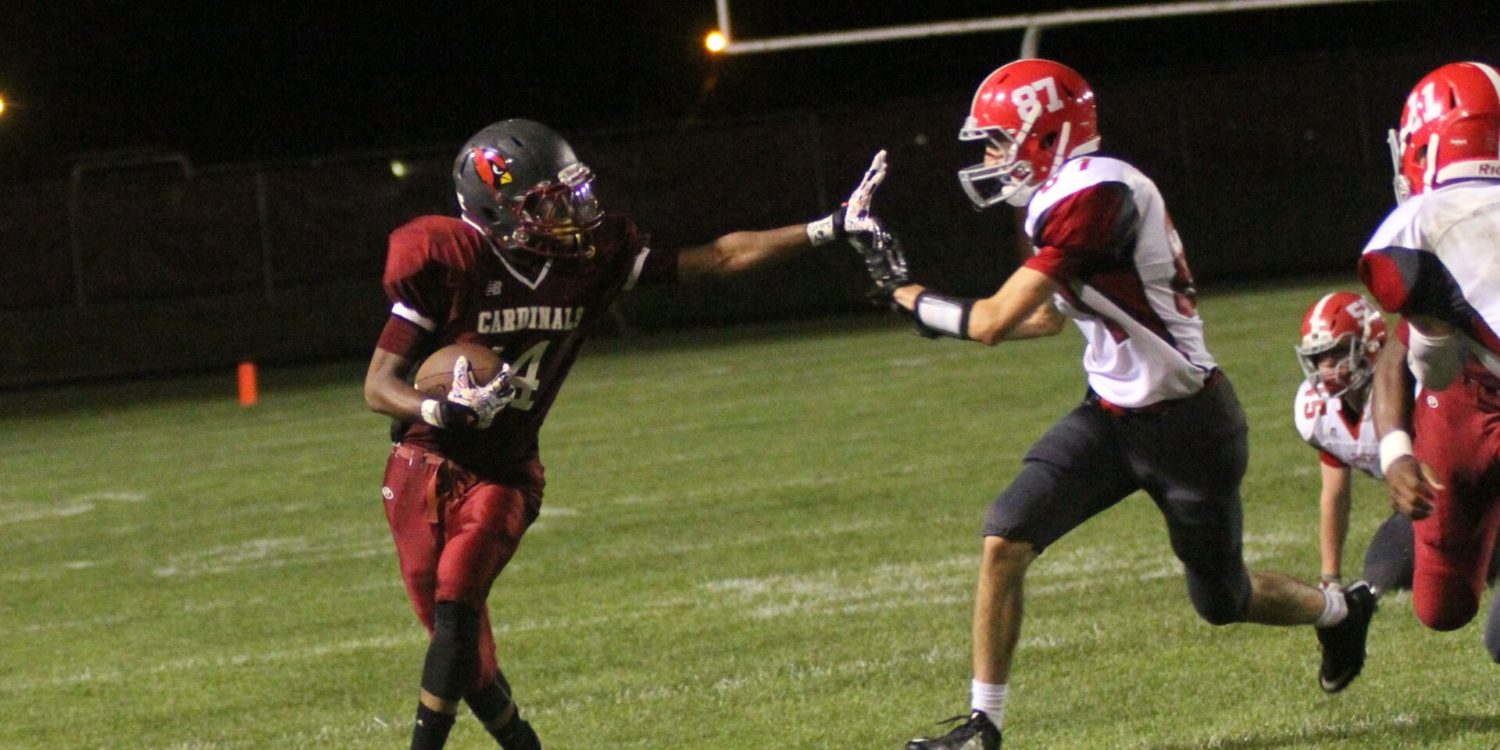 MUSKEGON TOWNSHIP – A young Spring Lake football team got a hard fought win over Orchard View on Friday night, and the Lakers hope the triumph will lead to more of the same this fall.

The Lakers, unable to do much on offense most of the night, found a second half spark that propelled them to a 14-7 comeback victory over the host Cardinals.

Josef Hissom scored the game-winning touchdown for Spring Lake with just under 20 seconds to play in the game.

“Our kids are young and this game will help propel us a little bit and make them believe,” said Coach Jerry Rabideau after the game, “This puts us in a good position for the rest of season.”

Dakota Goosen gave the Cardinals a 7-0 halftime lead when he punched in a one-yard run a minute into the second quarter..

The Cardinals fumbled on their first play from scrimmage in the third quarter, which gave the Lakers the ball at their own 39. 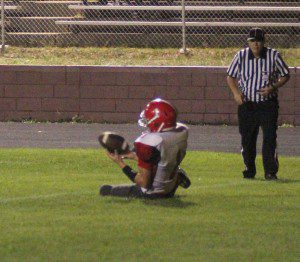 Spring Lake got a first down, then three plays later faced a fourth-and-two from the Orchard View 39.

Laker quarterback Cameron Ball took a short snap from the punt formation and ran four yards to give the Lakers a fresh set of downs.

Orchard View faced a fourth-and-four from the Spring Lake 33 with 5:40 remaining in the game.

Coach Joe Tanis opted to go for it, but O-V ultimately fell short, giving the Lakers the ball.

Spring Lake ran the ball all the way down to the two yard line with 23 seconds remaining before spiking it to stop the clock.

Hissom punched the ball in from two yards out to give the Lakers their margin of victory with only 19.5 seconds remaining.