WHITEHALL – In front of thousands of screaming fans, under clear skies and bright lights, a rivalry game that couldn’t possibly live up to its advance hype somehow did.

The Montague Wildcats (5-0) edged the Whitehall Vikings (3-2) 29-28 in a nail-biter from start to finish on Friday night at Whitehall.

The win kept Montague undefeated in the West Michigan Conference along with Oakridge.

“What a great game,” said Montague head coach Pat Collins. “First of all, Whitehall did a tremendous job and we knew it was going to be like this – and it usually is – with two great teams. It was one of the classic showdowns this area has ever had.

“I’m just very impressed with our guys and the passion they had and the will to win. It’s amazing what will can do and I thought our guys’ will to win was just amazing.”

The game was back-and-forth all night. With under two minutes to go and Montague leading by one point, Whitehall faced a fourth-and-one on the Wildcat 22-yard line. 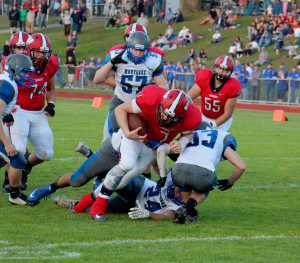 Montague stacked the box, and Whitehall quarterback Zarren Aylor tried a short jump-pass over the line, but never got the ball off.

Aylor was sacked, Montague took over, and one first down later, the Wildcats were able to run the clock out.

“Our defensive coaches did a great job of getting our guys in position,” Collins said about the key play. “We expected that play potentially. The quarterback decided (the pass) wasn’t there so he pulled it down and we had enough guys there to stuff it.”

Senior running back Cameron Brayman was the difference for Montague.

He rushed for 139 yards and three touchdowns on 20 carries, but it was his lone pass that ended up giving the Wildcats their margin of victory.

On the first play from scrimmage, Brayman took a handoff 62 yards for a touchdown. On the point after, Montague faked a kick, and Brayman rolled out to hit Josh Weesies for the two-point conversion and an 8-0 lead. 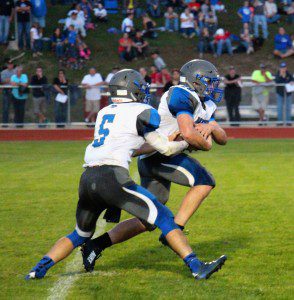 Montague’s Zack VanVleet gets the hand off from quarterback Jacob Buchberger. Photo/Jason Goorman

It was the biggest lead of the game for either team. Whitehall answered on its next possession, as Jwan Britton rushed in from six yards out to pull the score to 8-7.

“The second half we did a pretty good job on him,” said Whitehall head coach Tony Sigmon said about Brayman. “He obviously had a couple of long runs there, so credit their offensive line. They played a heck of a game.”

The game had the look of a shootout for awhile, but both defenses buckled down in the second half.

The Vikings struck first in the half, as Britton scored his second touchdown on an 8-yard rush to surge Whitehall ahead 28-22 midway through the third quarter.

That was all the scoring the Vikings would manage, however, as their drives repeatedly fell short before the game-sealing failed 4th down play.

Montague quarterback Jacob Buchberger only threw seven passes all night, but his legs and defensive ability helped lift  the Wildcats to victory.

With 3:16 to go in the third quarter, Buchberger scrambled 19 yards and sauntered into the end zone to give Montague its final 29-28 lead. He finished with 75 yards on 14 carries.

“They played hard,” Sigmon said. “I think both groups played exceptionally hard. This was a game that both groups really wanted. It was a game both groups should have won and I think our emotions got the best of us a bit.

“We need to find ways to finish.The last two weeks we haven’t been able to finish some drives and some games. That’s what it boils down to.”

Whitehall took a 14-8 lead in the first half after junior Joe Dowdell.scored on a 47-yard touchdown run, burning past the second level of defenders after busting through the defensive line.

Brayman’s four-yard score pulled Montague back ahead 15-14, but Whitehall’s Aylor hit wide receiver Nolan Throne for a 19-yard score on 4th and 7 to put the Vikings up 21-15.

Both offenses were rush heavy. Whitehall ran 43 times, while Montague totaled 40 rushes. Only 24 combined passes were attempted in the game.

Buchberger pulled in two interceptions in the second half – the only turnovers in the game.

Aylor completed 9-17 passes for 148 yards, a touchdown and two interceptions. 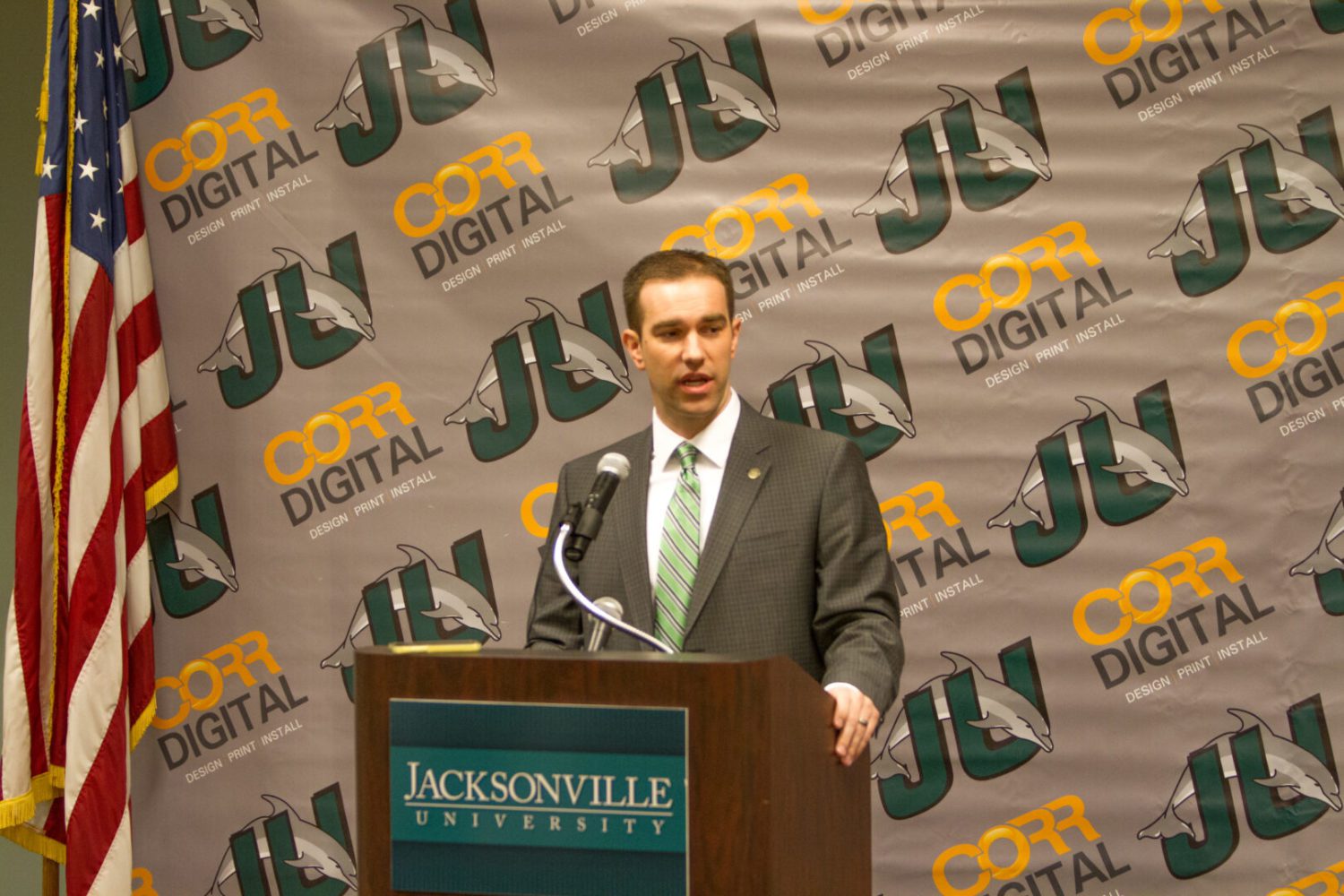