The good news is that the Jayhawks haven’t been losing very much at all this season. 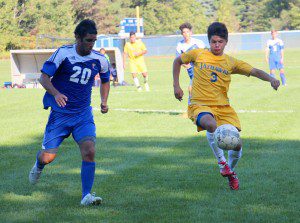 MCC’s No. 3 Miguel Flores looks to control the ball during first half action. Photo/Jason Goorman

After winning a share of a conference championship in 2013, MCC fell onto hard times last fall, finishing with a disappointing 4-14 record.

But the Jayhawks brought back a seasoned group of 14 sophomores this year who seem determined to turn things around, and so far they’ve been successful.

“We have a nice class of returning sophomores and a nice group of incoming freshmen who have come in and played well,” said MCC Coach Ben Ritsema. “I knew the guys coming back and the guys coming in had talent, but we had to find out how well they play together.

“So far I’ve been pleasantly surprised. Now we’ve just got to keep building on it.”

Wednesday’s  game against Ancilla, the 16th ranked Division 2 junior college team in the nation, was the beginning of a challenging week for the Jayhawks.

They will host Schoolcraft and Cincinnati State on Saturday and Sunday, respectively, at 3 p.m. at Mona Shores High School. Both teams are ranked in the top 10 in the nation. 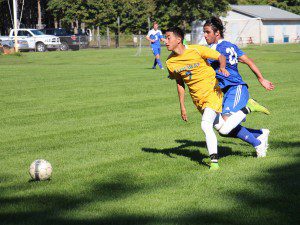 “It’s a great opportunity,” Ritsema said about the chance to play top competition three games in a row.

Wednesday’s game, a physical and fast-paced contest, could have gone either way.

Ancilla opened the scoring about 20 minutes into the first half Lee Nicholson got the ball in front of the MCC goal and scored from close range.

The Jayhawks tied the contest with 3:45 left before halftime when freshman Miguel Flores raced up the right side of the field and got a wobbly shot past the Ancilla goalkeeper.

The goal was the seventh of the season for Flores, who leads the Jayhawks in scoring.

MCC took the lead almost 30 minutes into the second half when Jake Rajewski headed a corner kick into the Ancilla net.

The visitors tied the score at 2-2 with about five minutes left in regulation when MCC goalkeeper Hayden Collins made a diving save on a hard shot, but Ancilla’s Josh Logan popped in the rebound.

Ancilla sealed the victory about five minutes into overtime when Kevin Fortes scored on a penalty shot.

Ancilla outshot the Jayhawks 10-4 in regulation. Collins made several outstanding saves to keep MCC in the contest.

“We always play good games against Ancilla,” Ritsema said. “They’re usually overtime or one-goal games, just like we had tonight.”

Mona Shores softball team wins a game by one run, loses one by the same margin 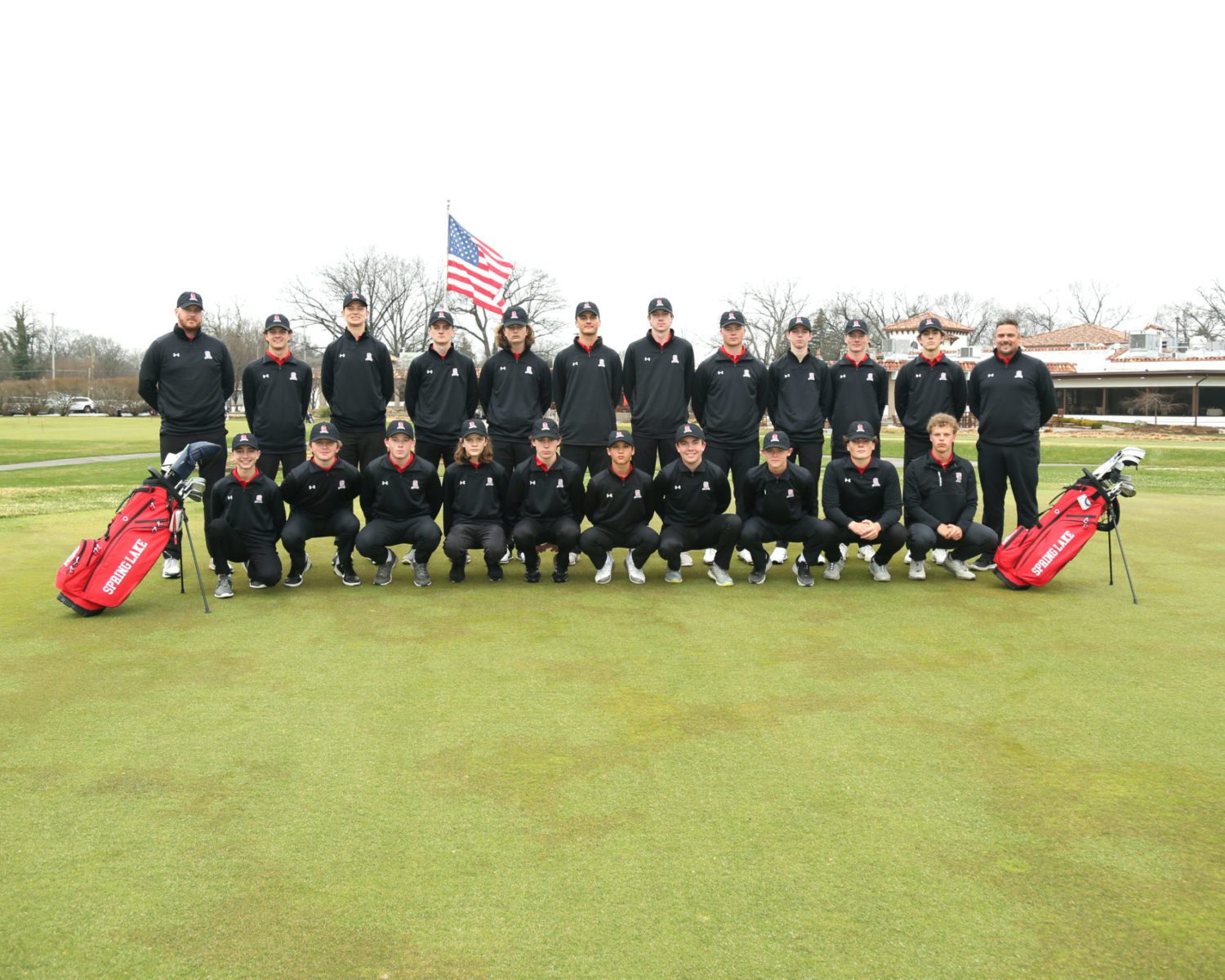