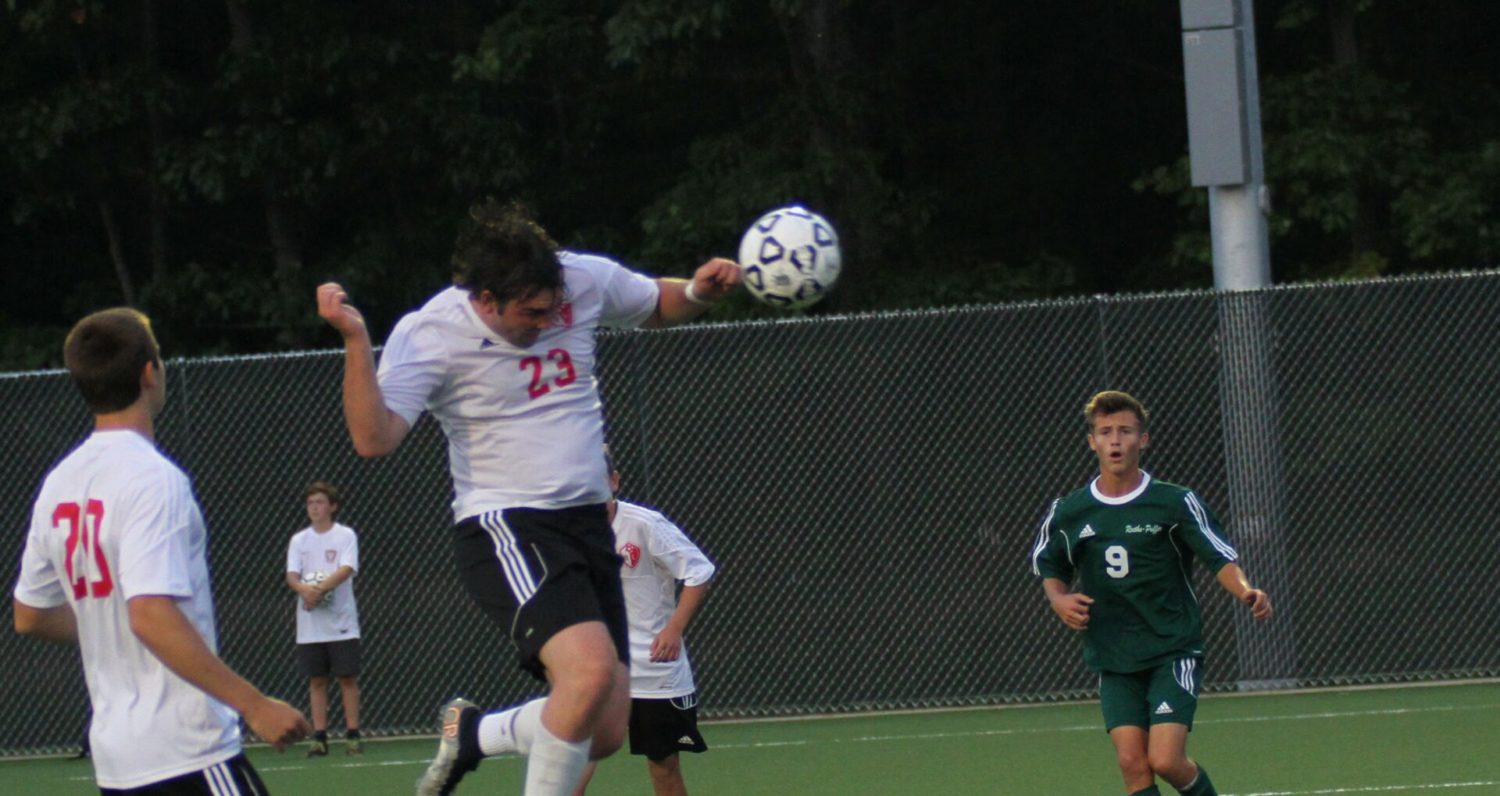 SPRING LAKE – The Spring Lake soccer program closed its long time stadium  – “The Swamp” –  in the spring, and opened its brand new facility on Tuesday with a boys game against Reeths-Puffer.

The grand opening couldn’t have gone better, with the Lakers breaking in their new home with a 3-1 non-league victory in front of a packed house.

The evening began with a ribbon cutting ceremony by the team. 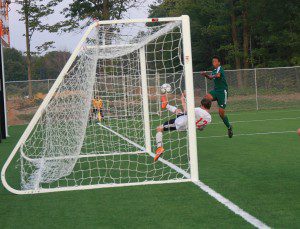 Head coach Jeremy Thelen was excited about the new complex, but also wary of it becoming a distraction for his team.

“It’s great to be out here,” Thelen said after his team improved to 2-0-2 on the season. “We’ve anticipated this for a long time. We’ve watched it built all summer long.

“I was nervous beforehand because there are so many distractions to opening night, but the guys came out and scored an early goal. It’s nice to get that early one because that takes some of the pressure off.”

That early goal came just six and a half minutes into the contest off the foot of junior Ryan Zietlow, who took a centering pass from senior Ben Mast and fired the ball into the Rocket net to give the Lakers a 1-0 lead.

Baruch Kamps extended the lead to 2-0 with 23 ½ minutes remaining in the game, also with an assist from Mast, in what proved to be the game winning goal. 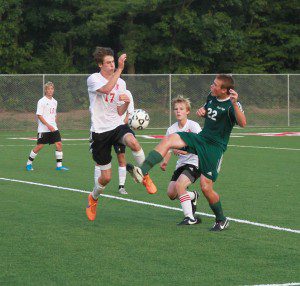 Eight minutes later, Spring Lake’s Dylan Constantine rang a long shot off the crossbar thq5 bounced straight down to a waitiing George, who headed it into to goal to put the Lakers up 3-0.

Reeths-Puffer finally got on the board with 14 minutes to go when senior Scott Beauleaux made a nice centering pass to Brendan Sherwood, who tapped it home to finish the scoring.

Spring Lake outshot the Rockets 14-9, but shots on goal were even at eight apiece.

“Certainly playing on turf, a playing surface that we’re not as accustomed to, we knew was going to be a bit of an obstacle. I thought our guys handled it well.

“This is great practice for us to continue to play against some of the best talent in the state on a playing surface like this.”