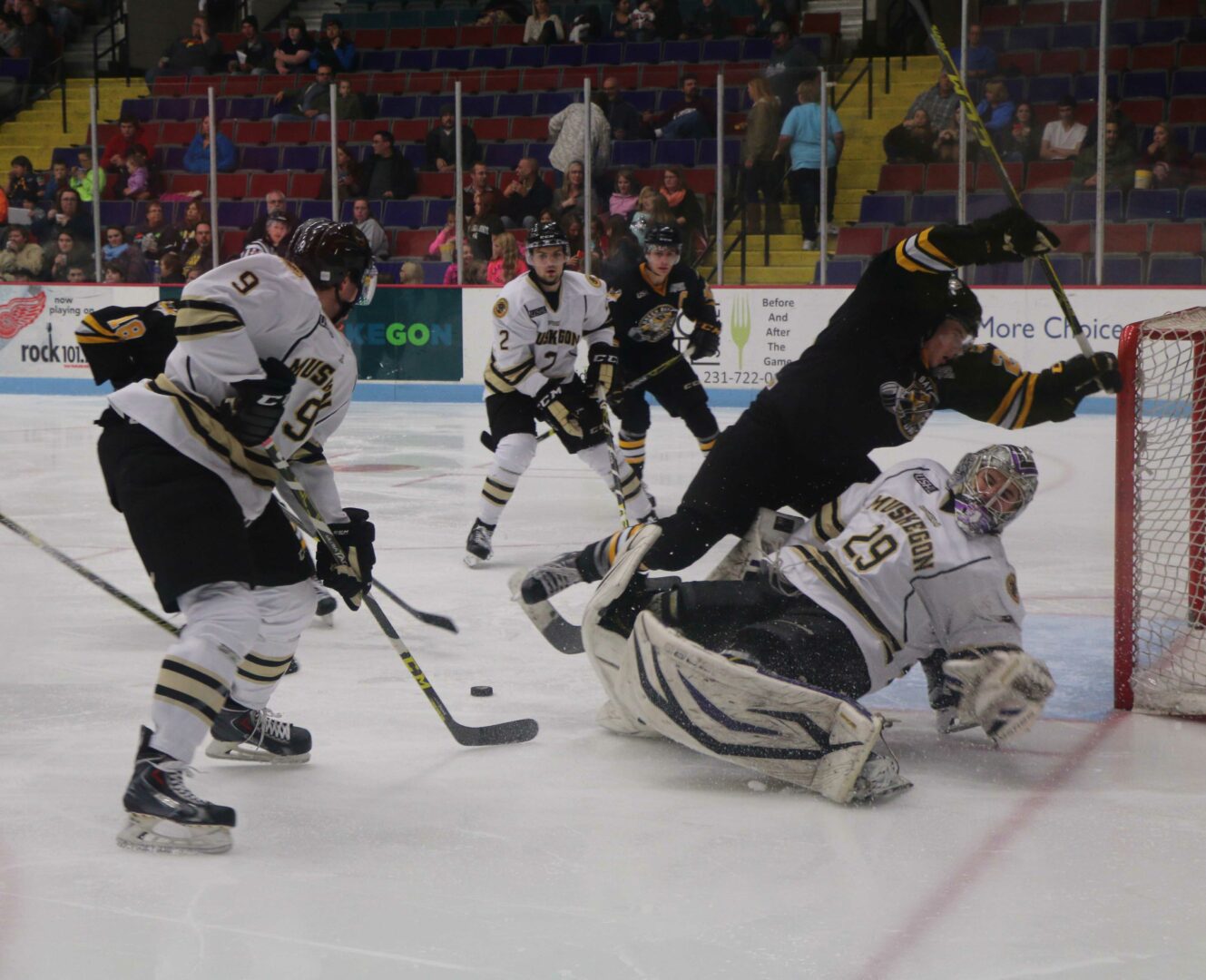 MUSKEGON – It’s clear that the Muskegon Lumberjacks will have to improve their special teams play if they want to get out the cellar of the Eastern Conference.

The Lumberjacks went 1-for-5 on their power play and committed numerous third period penalties, allowing the Green Bay Gamblers to escape with a 4-2 victory over the Jacks in front of 1,458 fans at the L.C. Walker Arena. 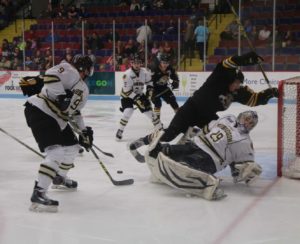 The loss was the fourth in five home games for Muskegon.

“It was an absolutely horrendous job of managing the game,” he said about the flurry of early third period penalties, which led to a damaging Green Bay goal. “We need to keep working, we need to battle, every game is considered a must win.”

The Lumberjacks are now 2-5 on the season, good for four points and last place in the USHL’s Eastern Conference.

The Gamblers opened the scoring at the 8:04 mark of the first period on a goal from Andrew Peeke.

Muskegon’s Will Graber tied the game at 1-1 with a power play goal at 13:29 of the first period. The goal was assisted by Logan Drevitch.

Green Bay’s Brett Gruber gave the Gamblers a 2-1 lead with a power play goal at 7:53 of the second period.

The Lumberjacks committed three straight penalties in the first 2:32 of the third period.  The Gamblers responded with a goal at 3:40 from Sam Saliba to give Green Bay a 3-1 lead.  The puck trickled in the net off the stick of Muskegon’s Graber right in front of an open left side of the net. 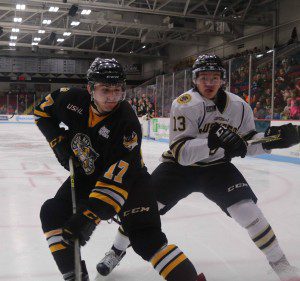 No. 13 Collin Adams approaches the puck along the boards against the Gambler’s Gordi Myer. Photo/Steve Markel

Chris Klack cut the Jacks’ deficit to 3-2 with his first goal of the season at the 10:52 mark of the third period. Max Humitz and Rem Pitlick assisted on the goal.

The Gamblers closed out the scoring with an empty net goal from Connor Murphy with six-tenths of a second left.

Muskegon goaltender Joey Daccord made 28 saves in the loss. 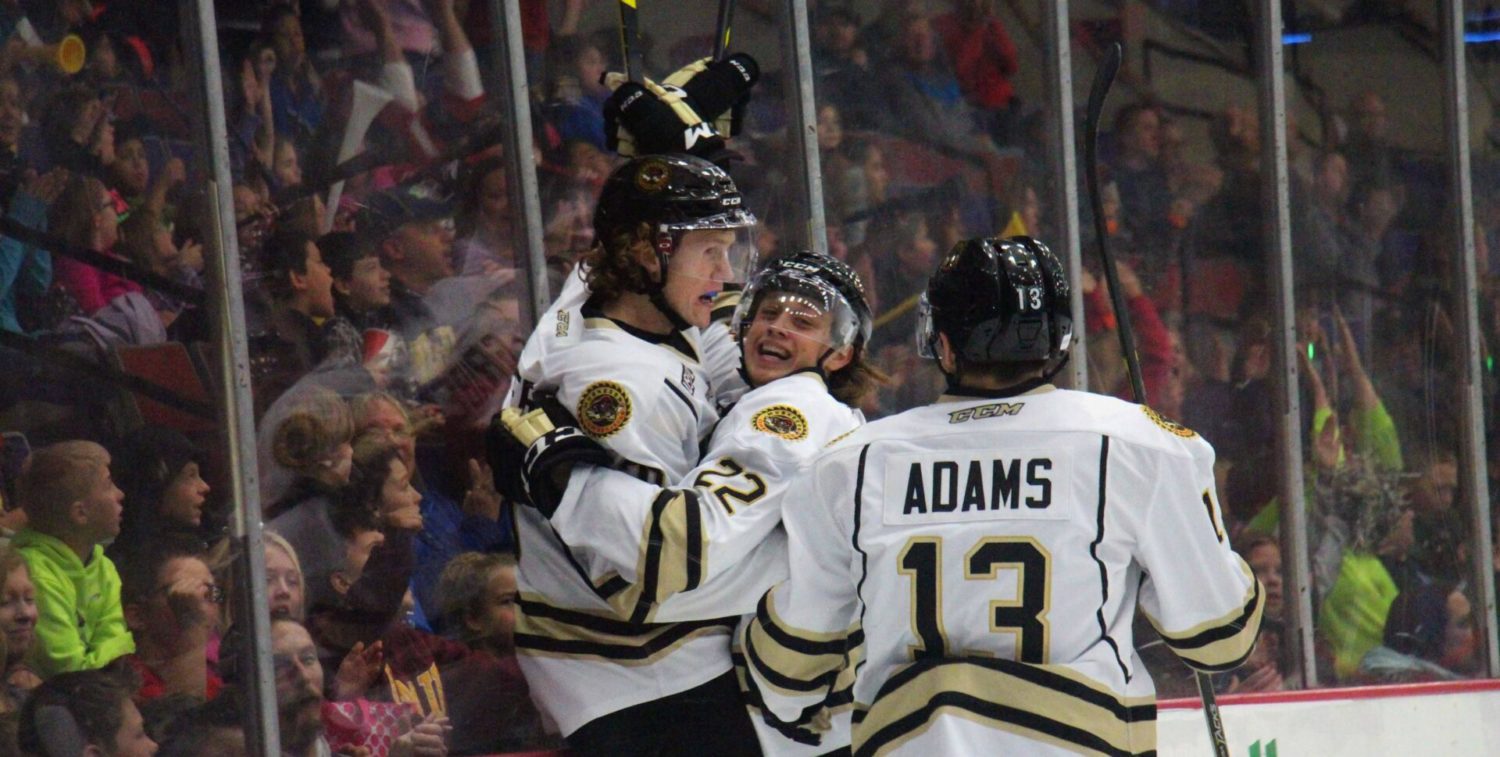