Muskegon Heights gets second win of the season, 56-6 over Detroit Camden Frontier

The Muskegon Heights offensive floodgates opened up on the road against Detroit Camden Frontier on Friday. The Tigers won 56-6 in their second win of the season.

“We went through a rough patch, played some playoff caliber teams but tonight a lot of guys stepped up,” said Muskegon Heights coach Tommie Elliott. “But I keep reminding everyone we only have six seniors on this team and to keep working on continuing to get better. We were able to look like we are finally getting the hang of working this veer offense.”

Anthony Gordon scored first for Muskegon Heights on a 23-yard scoring run. His successful two-point conversion gave the Tigers an 8-6 lead after Camden scored on a 62-yard drive.

“They caught us off guard on their one touchdown but we stuffed them the rest of the game.We came out with some bumps and bruises, and with Orchard View next week, it should be an interesting game,” said Elliott. “It will be our second home game of the season.”

Jackson added a pair of TD runs of two and nine yards late in the second quarter as the Tigers led 44-6 at halftime.

Javonte Griggs led the Tigers defense with six tackles, while Tydrekus Purnell and Dakari Johns both had three apiece. 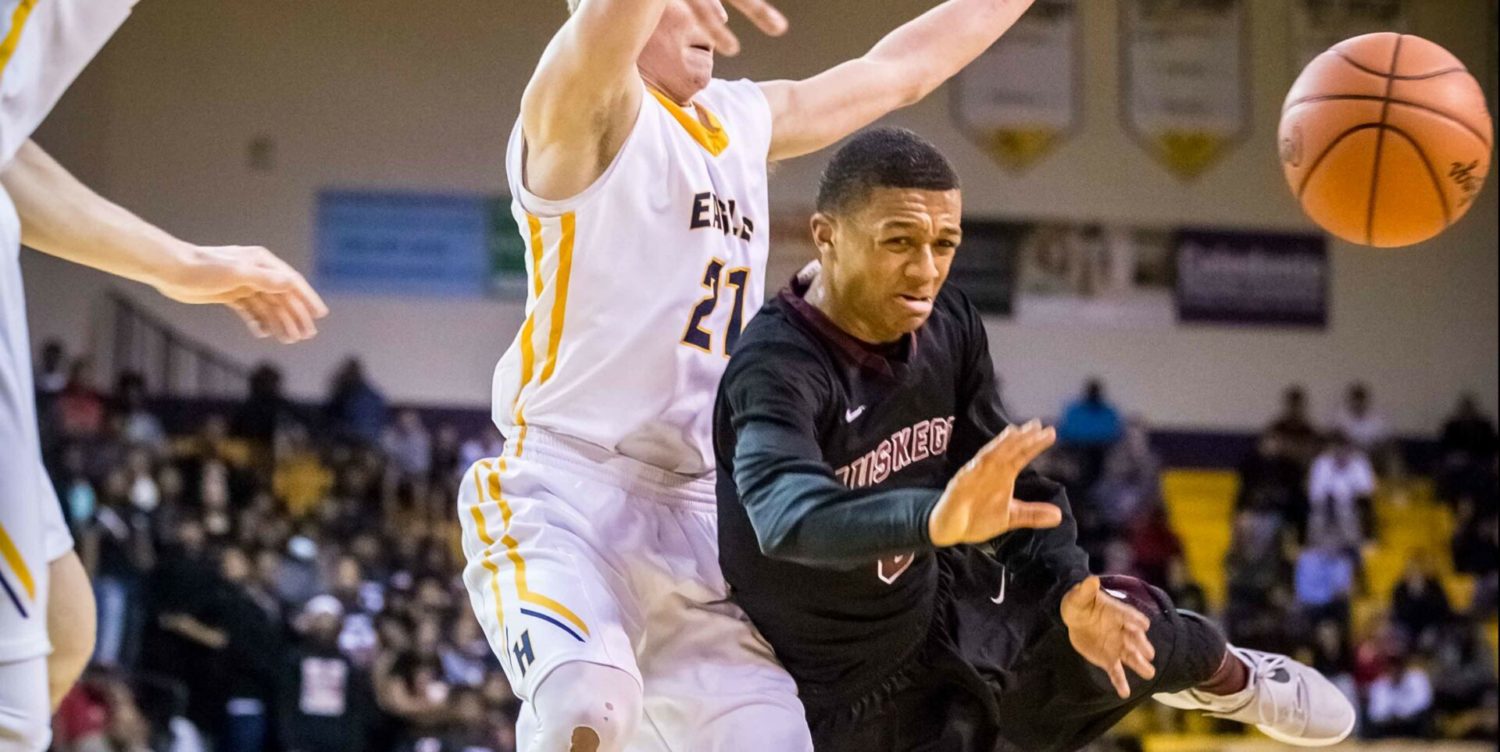 Big Reds lose lead in the final minute, fall to Hudsonville in Class A regional finals