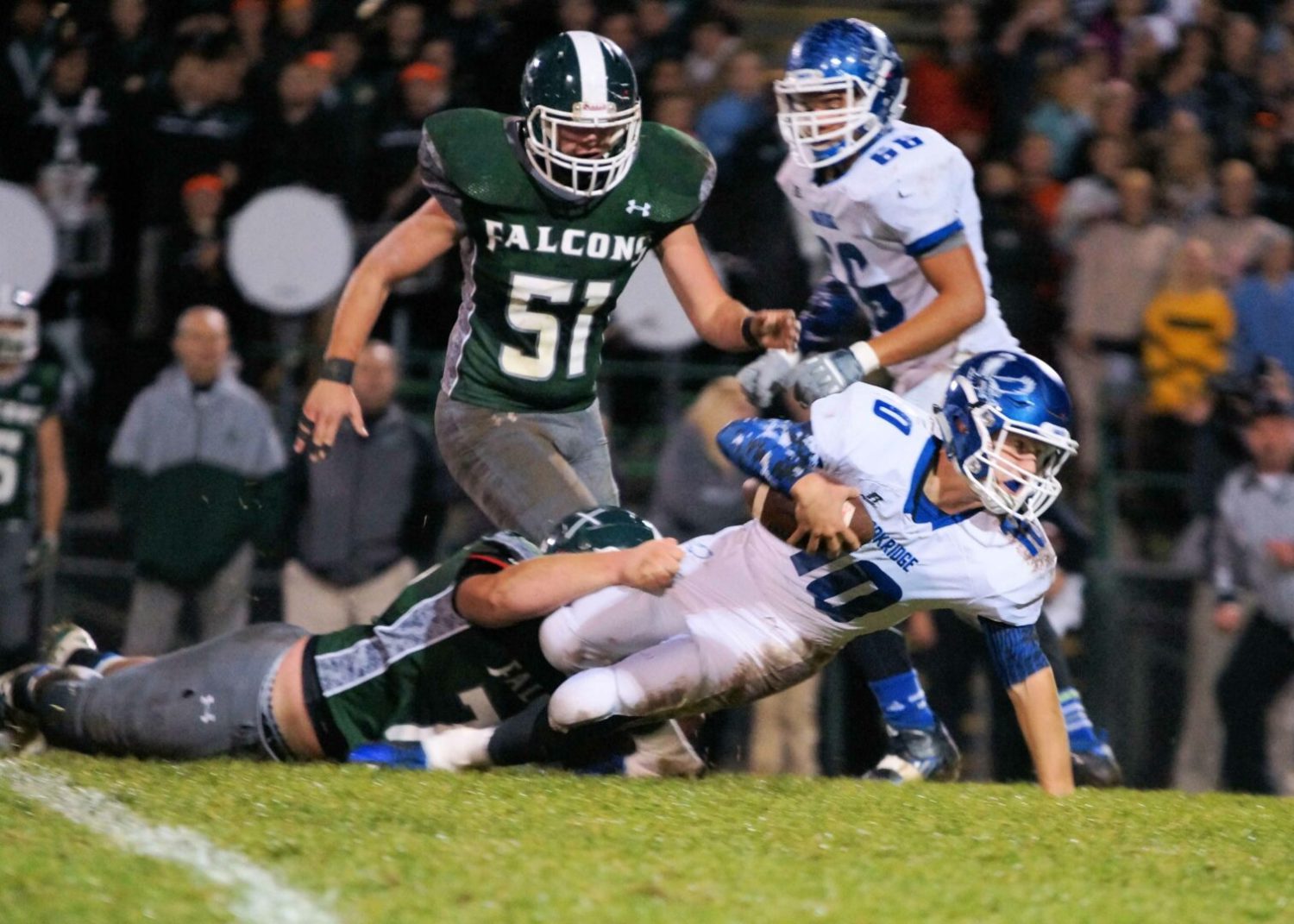 GRAND RAPIDS – The Oakridge football team got a lot of mileage out of its outstanding passing attack this year.

But on Friday it was Grand Rapids West Catholic that did the most damage through the air.

The Falcons used touchdown passes of 84 and 83 yards to beat Oakridge 28-14 in a Division 5 playoff game on their home field.

Oakridge finished its season with a 7-3 record. West Catholic, the two-time defending state champion, moves on to the next round.

“They’re a great group of kids – we’ve had compliments about them all year and I don’t want them to forget that,” said Oakridge head coach Cary Harger. “They fought hard and West Catholic, I don’t think they expected that out of us. They didn’t expect that fight out of us and I’m very, very proud of my guys for fighting the way they did.”

Oakridge took an early 7-0 lead with senior running back Kolin Chahorski taking a 49-yard rush for a touchdown just over a minute into the game.

Sam Neville answered with a 1-yard touchdown rush late in the first quarter for West Catholic. 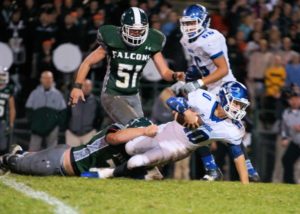 The Falcons took their first lead in the second quarter when Conner Nemmers broke away on an 83-yard touchdown reception from sophomore quarterback Gaetane Vallone to pull ahead 14-7.

Oakridge tied it up midway through the third quarter when quarterback Brady Luttrull raced seven yards for a touchdown.

After that, it was all West Catholic.

Vallone hit Neville on an 84-yard touchdown bomb late in the third quarter.

“On the coverage, (we) allowed them to get inside there a little bit and a couple of missed tackles and away they go,” Harger said. “That’s the thing that kills us the most, it was just the big plays that they took advantage of. Good teams are going to.”

Vallone added another touchdown in the fourth quarter on a 35-yard rush to put West Catholic ahead 28-14 and nail down the victory.

Vallone threw for 301 yards and two touchdowns on 11-of-15 passing.