The football playoff matchups are in, and Mona Shores and Muskegon could have a rematch in district finals

It’s official  –  Mona Shores and Muskegon won’t both be returning to the state football finals at Ford Field this year.

That’s because they’re both in Division 2,  in the same district, and could potentially meet in the second week of the playoffs.

But the Michigan High School Athletic Association revealed on its “Selection Sunday” show that Muskegon has moved back up to Division 2.

Both Mona Shores and Muskegon will be in Region 1, District 1.

Mona Shores, which completed its first perfect 9-0 regular season on Friday, will open its playoff run with a game this
Friday against Grand Rapids Forest Hills Northern (7-2).

Muskegon (7-2) will visit undefeated Traverse City Central in the first round. It was not immediately known whether that game will be played this Friday or Saturday

If they both win, the Sailors and the Big Reds would meet in the district finals Nov. 6th or 7th. Mona Shores beat Muskegon two weeks ago, 21-18, in a game that determined the championship of the O-K Black Conference.

“It’s kind of how we thought it was going to be,” said Mona Shores Coach Matt Koziak. “It’s a great district. Traverse City Central is 9-0, Muskegon is Muskegon and Forest Hills Northern is also very good.

Muskegon Coach Shane Fairfield said his team is excited about the challenge of competing in Division 2.  The Big Reds were state runners-up in Division 2 in 2012 and 2013.

Fairfield knows his team will have to get past a very good Traverse City Central squad before thinking about a possible rematch with Mona Shores.

“They look big on film,” Fairfield said about Traverse City. “They are well coached, disciplined. They’re 9-0. Not much else you need to know.”

The Sailors and Big Reds were two of eight area teams that discovered Sunday night who and where they will be playing in the first round of the playoffs. Most of the games are expected to be Friday night, but dates and times for many won’t be finalized until Monday.

Muskegon Catholic will open its bid for a third straight Division 8 state championship by hosting Mount Pleasant Sacred Heart (6-3). If they win the Crusaders will face the winner of the Vestaburg-Beal City contest.

In Division 4, Whitehall (6-3) will visit Remus Chippewa Hills (7-2). If the Vikings survive they would play the winner of the Big Rapids-Escanaba game.

“Last year the majority of our team were juniors and they were starting their first varsity game against a team like West Catholic,” said Oakridge Coach Cary Harger. “There were some butterflies, but this year we’re becoming pretty familiar foes against West Catholic and we’ll be breaking down film and work on a practice plan for the week.

“The kids are excited and of course they are thinking back to Week 1 of last year and wanting to be able to play them better.”

In Division 6, unbeaten Montague, which is returning to the playoffs following a 2-8 season in 2014, will host Delton Kellogg (5-4) this weekend. The winner will face the survivor of the Grand Rapids NorthPointe Christian-Morley-Stanwood game.

Also in Division 6, Mason County Central (6-3) will host Lake City (5-4), with the winner getting the survivor of the Maple City Glen Lake-Traverse City St. Francis game.

Hesperia will make its first playoff appearance since 2002 on Friday at 7 p.m., hosting unbeaten Saugatuck in a Division 7 matchup. The winner will meet the winner of the Carson City Crystal-Pewamo-Westphalia playoff game.

“It’s going to be a tough matchup,” said Hesperia Coach Aaron Sims. “They have a tough quarterback and we are going to have to play solid defense.”

When asked about the excitement of Hesperia being in the postseason for the first time in 13 years Sims responded by saying, “The players are fired up but they told us coaches that it’s time to go to work.” 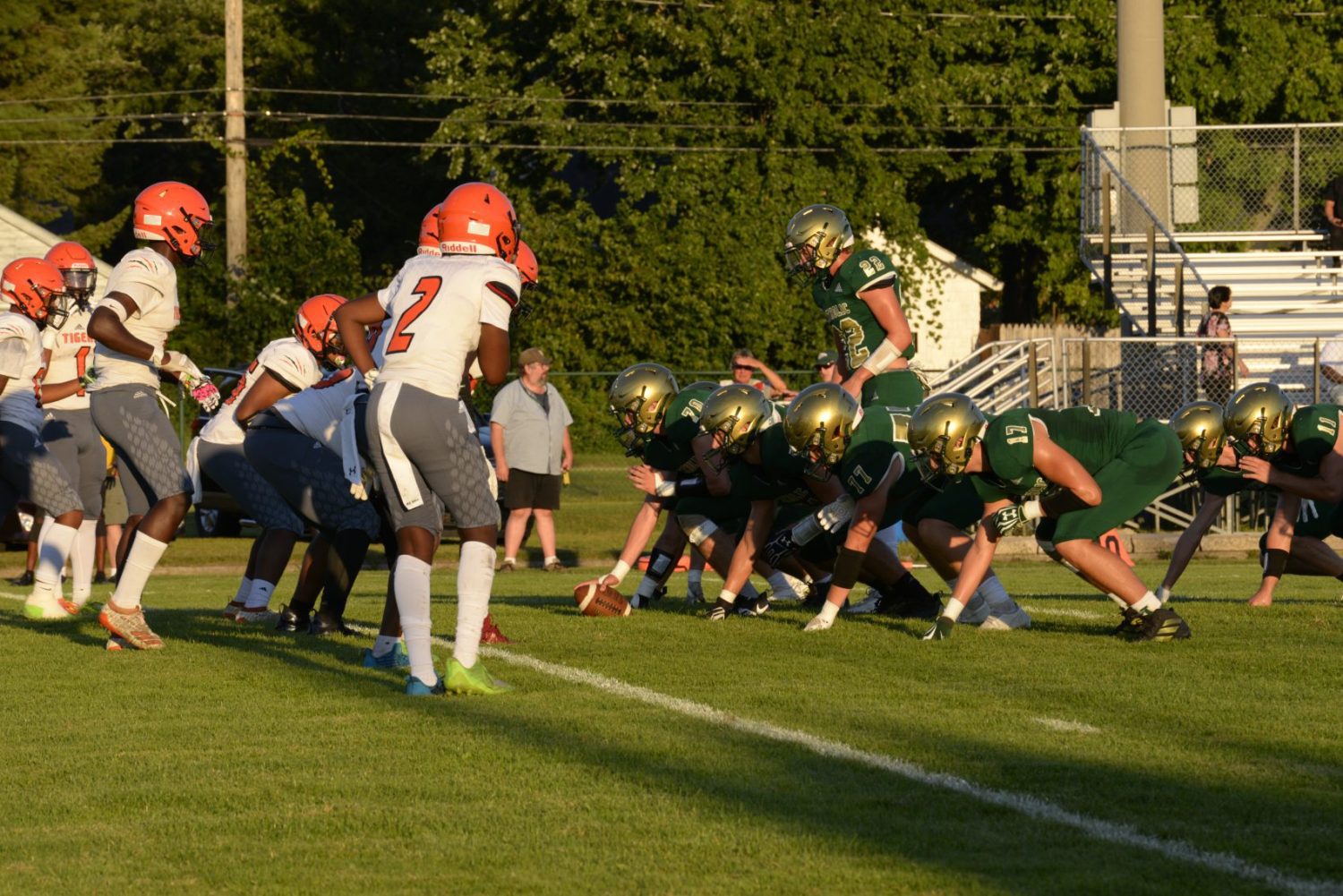