Lumberjacks blow a pair of three-goal leads, lose to the Team USA Under-17 squad 7-4

For the first half of Wednesday’s game, it seemed like the Muskegon Lumberjacks were going to cruise to their second win in two days following their long Christmas break.

But then everything went wrong.

The Lumberjacks ended up squandering a pair of three-goal leads and dropped a 7-4 decision to the Team USA Under-17 squad in Plymouth, Michigan. 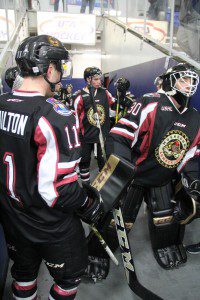 The Lumberjacks get ready to take the ice at the USA Hockey Arena in Plymouth. Photo/Brian Tanis

Quinn Hughes was the hero for Team USA, scoring four goals, including two in the second period and two in the third.

The loss left the Lumberjacks with a 12-10-3 record. They will return home Thursday to play their third game in three days with a 5:15 p.m. faceoff against the Chicago Steel.

The first period couldn’t have gone better for Muskegon, which jumped out to a quick 3-0 lead.

Will Graber, Max Humitz and Collin Adams all scored for the Jacks, with the last two tallies coming on power plays.

Team USA’s Scott Reedy scored the first of his two goals at 3:12 of the second period to cut Muskegon’s lead to 3-1.

Muskegon’s Rem Pitlick answered with a goal at the 4:51 mark to restore the Jacks’ three-goal edge.

Pitlick, who just returned to the lineup after missing four games while playing in an international tournament, has now scored at least one goal in his last seven games with the Jacks. 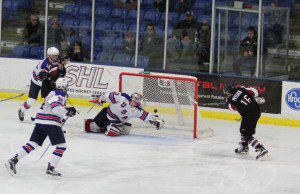 But Team USA stormed back with three straight goals by the end of the second period – two from Hughes and one from Reedy – leaving the game knotted up 4-4 at the intermission.

The hosts continued their domination in the third period, outscoring the Lumberjacks 3-0 to steal the win. Hughes scored the first two goals of the period while Grant Mismash notched the third.

The Lumberjacks wasted several power play opportunities, scoring on only 2 of 5. Team USA was 1-for-3 with a man advantage.

Dylan St. Cyr got the victory in goal for Team USA with 30 saves. Devin Cooley, usually the Lumberjacks’ backup goalie, took the loss. 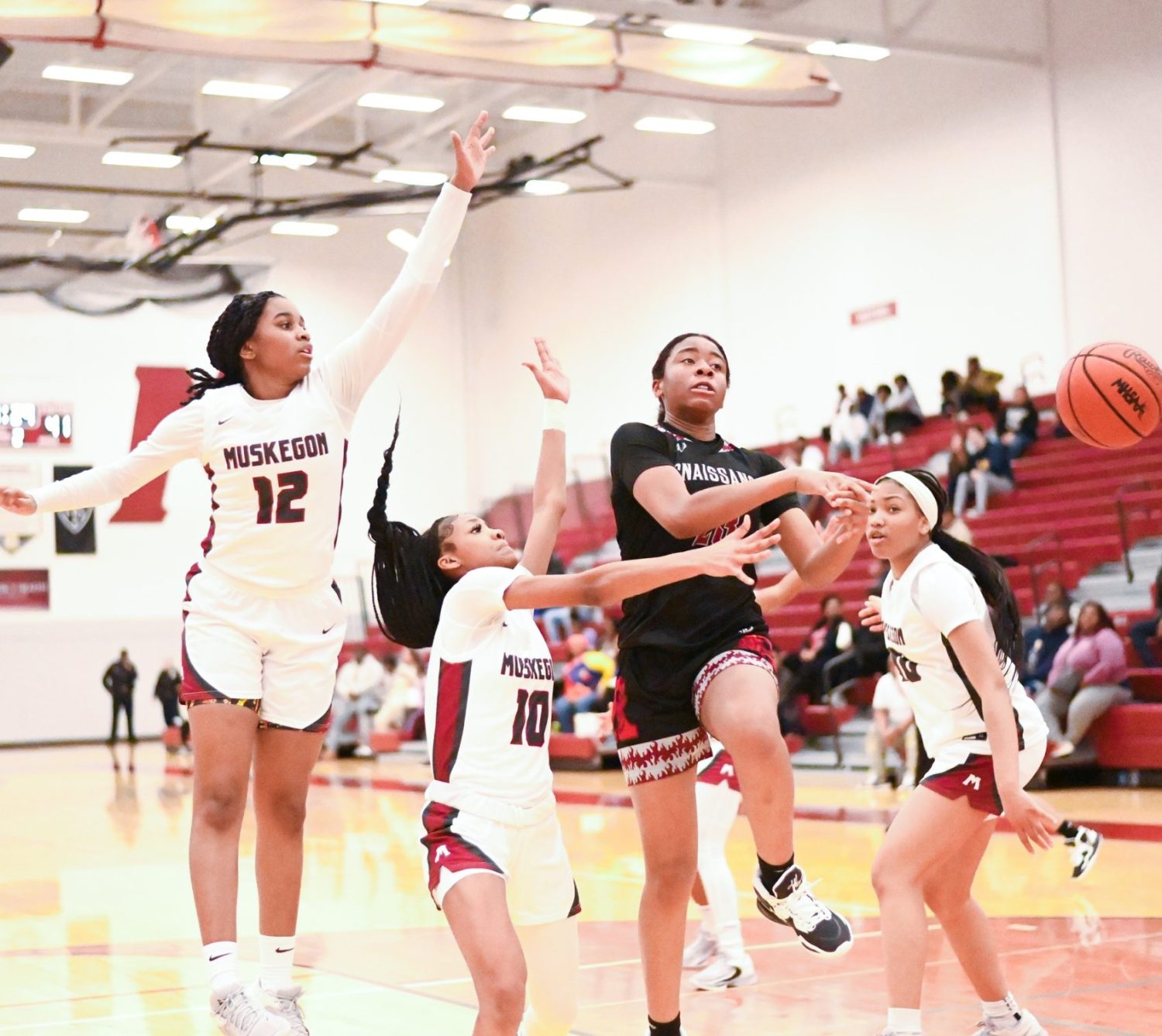 MCC Men get tripped up by Grand Rapids Community College