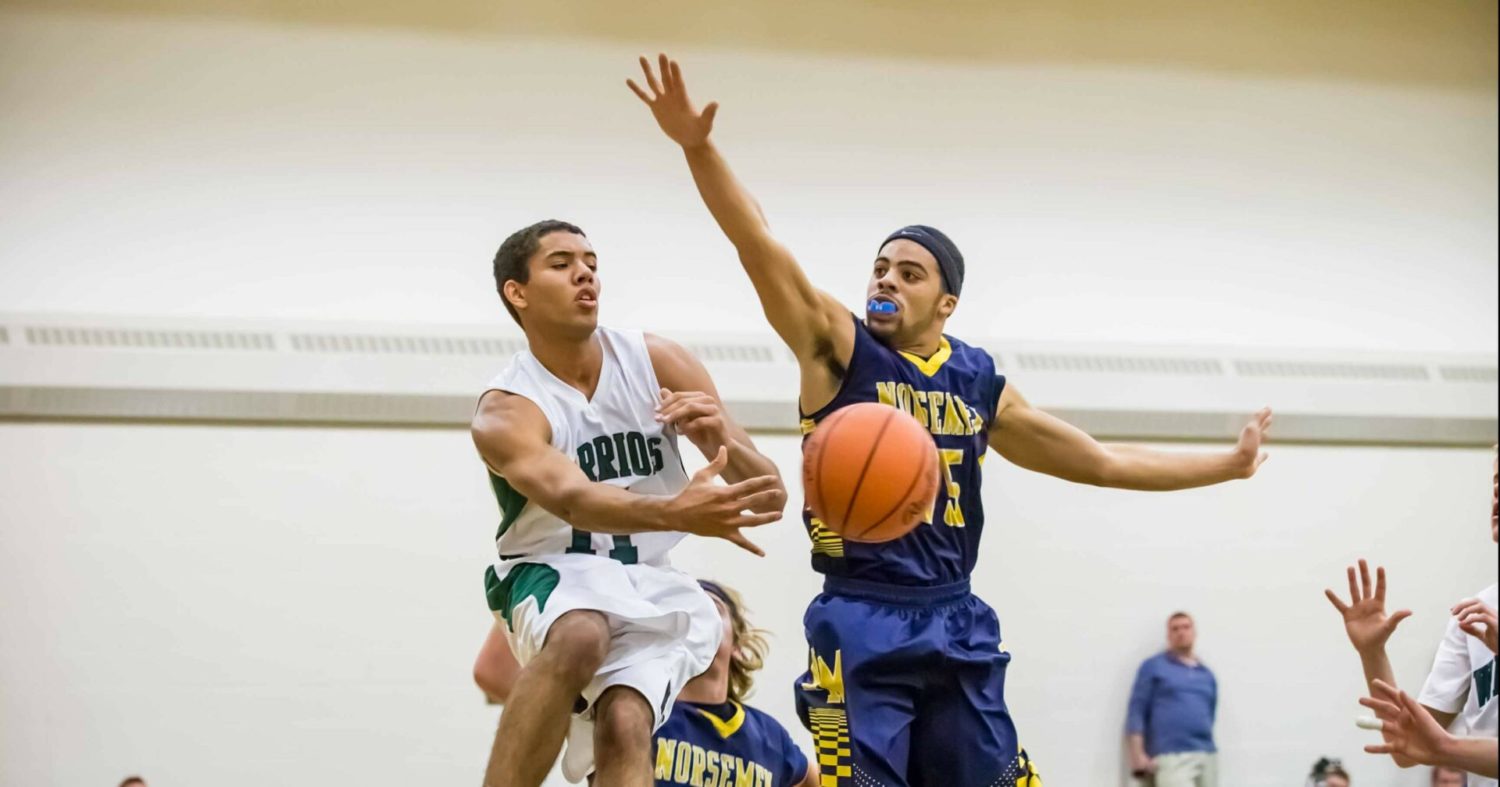 NORTON SHORES – The game is not over until it’s over.

The North Muskegon boys basketball team managed to keep that hopeful mental approach Tuesday, even when they trailed by 11 points with just over five minutes left in the game.

The positive thinking paid off.

The Norsemen erased a double-digit fourth quarter deficit and beat Western Michigan Christian on the road, 48-47, in a non-league game on Tuesday night. 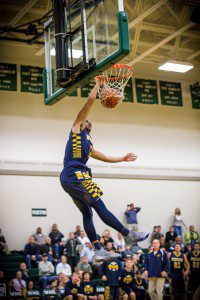 North Muskegon’s Vernonell Smith throws down the jam to begin the come back. Photo/Tim Reilly

“We finally started making a few shots,” said North Muskegon Coach Chuck Rypstra, whose team heads into the holidays with a 3-1 overall record. “I thought we were getting pretty good looks throughout the game, we just started playing better in the end.”

North Muskegon trailed most of the contest until Riley Fairfield made a two-point layup to give his team a 45-44 lead with 2:04 left to play.

The Norse added three free throws from Erick Bleakley down the stretch, while WMC countered with two from DeMonta Bartee and one from Chris Hain. That left North Muskegon with a precarious one-point lead, and WMC had the ball and nine seconds remaining.

The Warriors, who are now 2-2 on the season, failed to convert on a three-point try from the right corner, sealing the North Muskegon victory.

North Muskegon was led by Fairfield with 16 points (nine during the fourth quarter) and seven rebounds while Bleakley added 14 points. Vernonell Smith pulled down nine rebounds.

“We stopped doing the things we did well doing the first half,” said WMC Coach Kyle Mastenbrook. “It’s a disappointing loss but a good tough win for North Muskegon. I give them credit.”

The Warriors jumped out to 16-9 lead late in the first quarter on the strength of a 16-5 run. 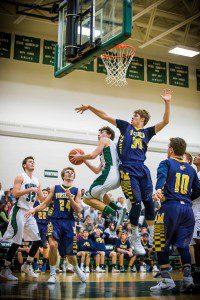 The Norse closed the first quarter with a 5-0 run on a three-point basket from freshman T.J. McKenzie and a pair of free throws from Bleakley to cut their deficit to two points at the buzzer.

WMC led 29-25 at halftime, thanks in large part to 10 points from Hain in the second quarter.

The Warriors outscored the Norse 11-6 in the third quarter and led 40-31 headed into the fourth.

But the Norse exploded for the next 12 points over a three-minute span, with seven points from Fairfield and five from Bleakley. The spurt was punctuated by a thundering dunk by Smith, who got a steal at midcourt and beat a defender to the bucket.

The teams each made three free throws down the stretch, preserving the thin Norse lead, then WMC missed the late 3-pointer that would have won the game.

WMC was led by Hain with 15 points, Bartee with eight and Btkis with six.