The Warriors only led 19-18 at halftime, then broke loose for 20 points in the third quarter to take a commanding 39-25 lead. 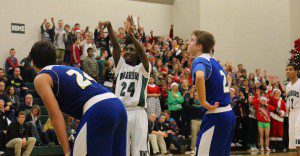 Nate Dugener led the third-quarter charge for WMC, scoring eight of his 14 points with a pair of 3-pointers. The Warriors drained four 3’s in the quarter and nine on the night.  WMC sealed the win at the free throw line in the fourth quarter, making 8 of 10 shots, led by DeMonta Bartee who was 4 of 4. 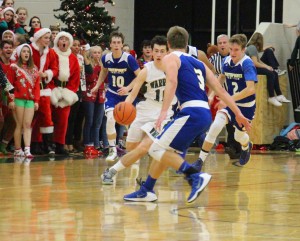 Nate Dubener dribbles the ball up the court at NorthPointe’s No. 3 TJ Swore. Photo/Jason Goorman

The game was a special event at WMC. The fans had their first “Silent Night” game, a concept they learned from basketball fans at Taylor University in Indiana. The crowd remained silent, with no reaction, on WMC’s first two baskets, but went hysterical on the Warriors’ sixth point of the game.

At the end of the third quarter the crowd sang “Silent Night.” Look for the LSJ video of the event later this weekend. 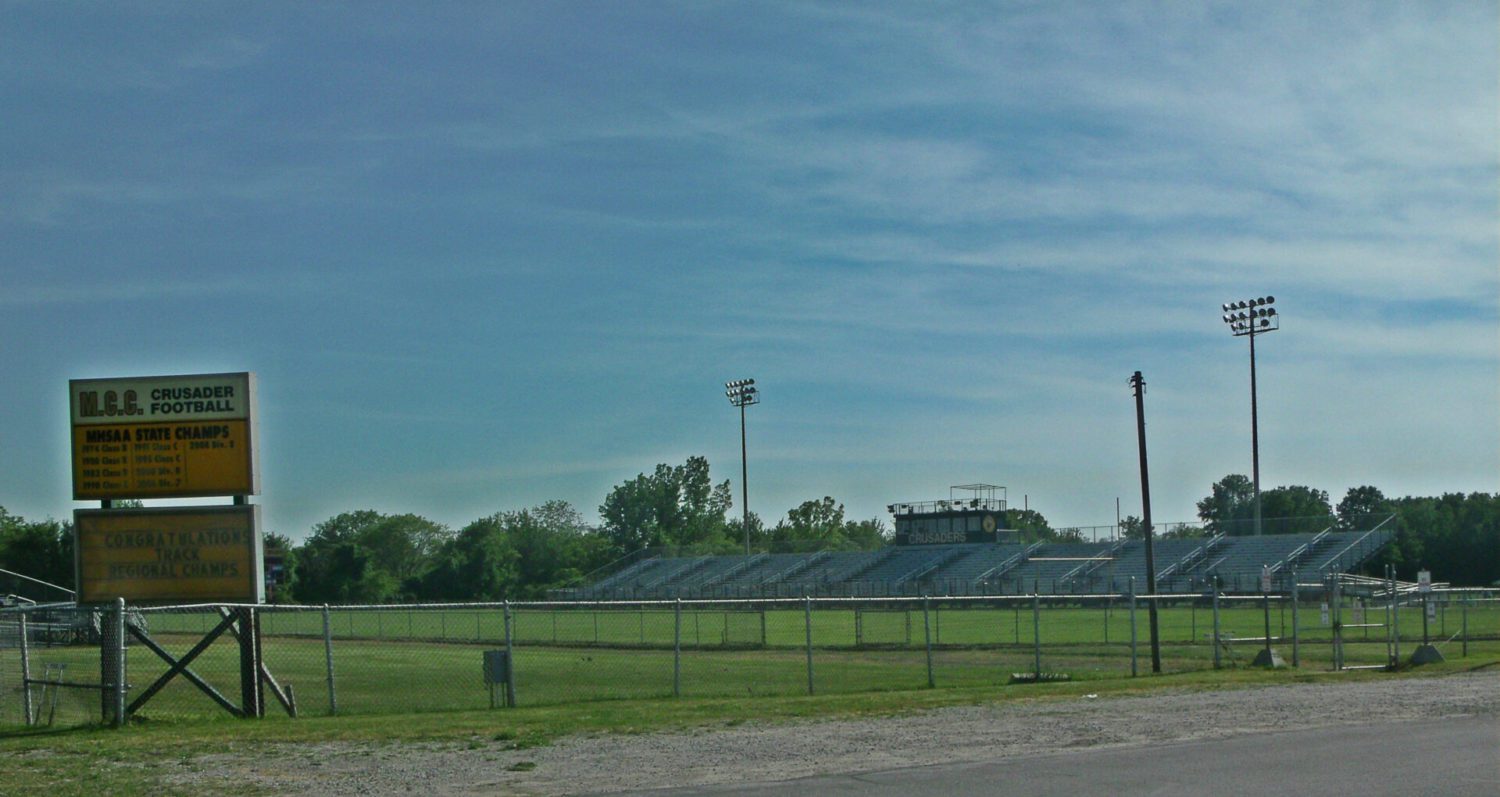