But the Tigers’ focus is even sharper when facing the Warriors on the court, considering WMC is a potential foe in the upcoming Class C district tournament.

Although it was just his team’s sixth game of the season, Heights senior Anthony Gordon played like it was a postseason battle Friday evening, pumping in 20 points in the Tigers’ 75-45 non-conference blowout of the Warriors at Muskegon Heights High School.

“Being a senior leader, he understood the importance of tonight, being that it’s a potential playoff opponent,” Stewart said about Gordon. “And he plays with such confidence. There were times when I was going to switch some things up and he came up to me and said ‘Coach, I think we’re best in this set.’ So I just said, ‘OK, roll with it!’”

The Tigers (5-1 overall) did roll, thanks to their outstanding pressure defense that led to an abundance of transition baskets.

Stewart said it was the Tigers’ best performance as far as powering through contact in transition and drawing fouls. As a result, Muskegon Heights had five old-fashioned three-point play opportunities, including three in the first quarter that helped them grab a 23-14 lead.

“We gave up some outside shots to them, but when they missed, it kind of played to our strength because we were able to rebound, push and start some transition opportunities,” Stewart said.

The Warriors stayed competitive throughout the first half, thanks to a strong shooting game from 6-foot-5 junior forward Daniel Ray. He had 14 points, including a pair of 3-pointers, in what WMC Coach Kyle Mastenbrook said was the best varsity performance of his career.

WMC trailed by 13 points at halftime, 42-29, but could never trim the Tigers’ lead to single digits in the second half.

“We hung in and hung in, but we just couldn’t close the gap,” said Mastenbrook, whose squad fell to 3-4. “The margin for error (against Muskegon Heights) is very small and there were times when we were careless with the ball and floated a lot of passes and they’re just too quick for that.”

The Tigers scored the first 11 points of the fourth quarter to put the game away.

Mastenbrook marveled at the talent coming off the Tigers’ bench, including junior forward Keshawn Gresham, whose step back 3-pointer late in the fourth quarter caused the Tigers’ fans and bench to erupt with applause.

Stewart said there’s a lot to be excited about with his squad through six games.

“We’re playing really good team basketball and that makes me proud,” he said. “We have a lot of kids that have the potential to do some good things. And there’s not 1-2 kids who can be clamped down. We got a lot of different options.” 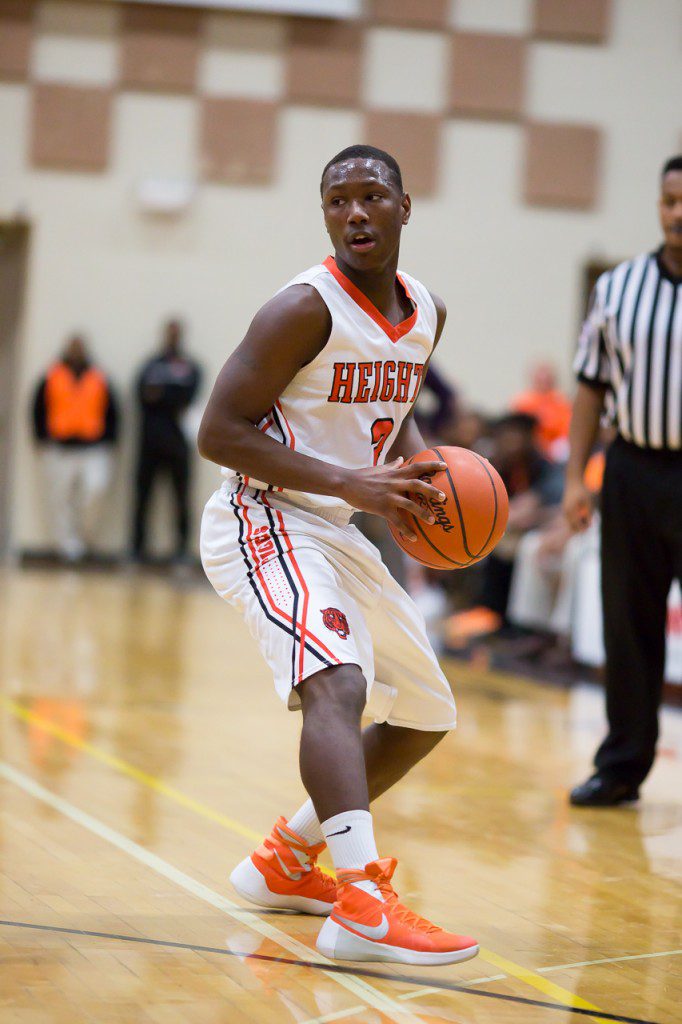 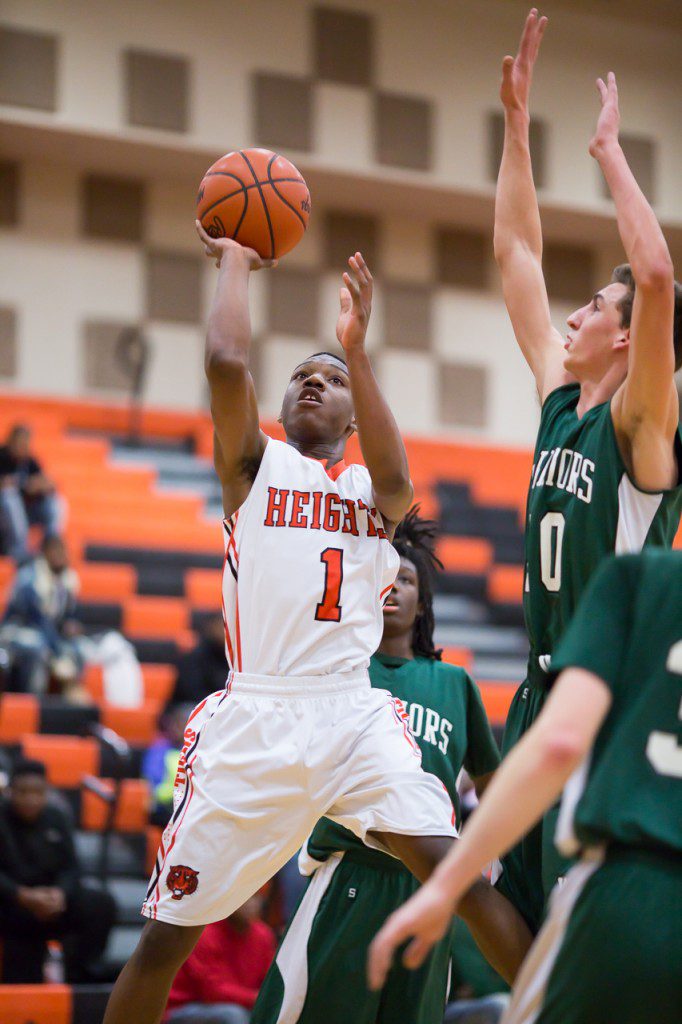 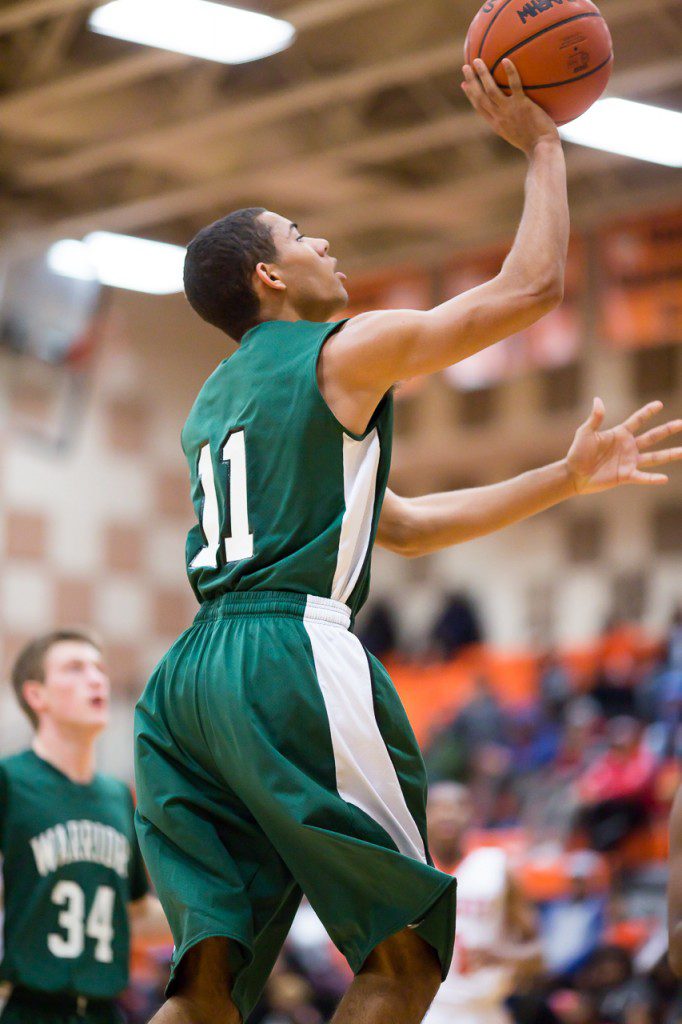 Jarod Varnado gets in for a WMC layup. Photo/Randy Riksen 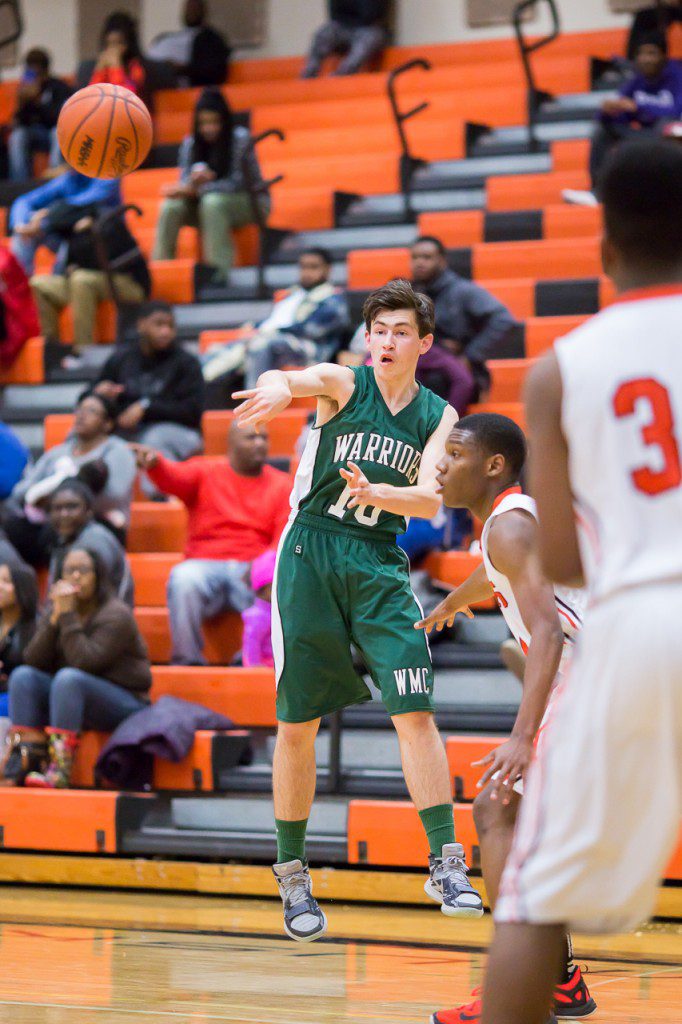 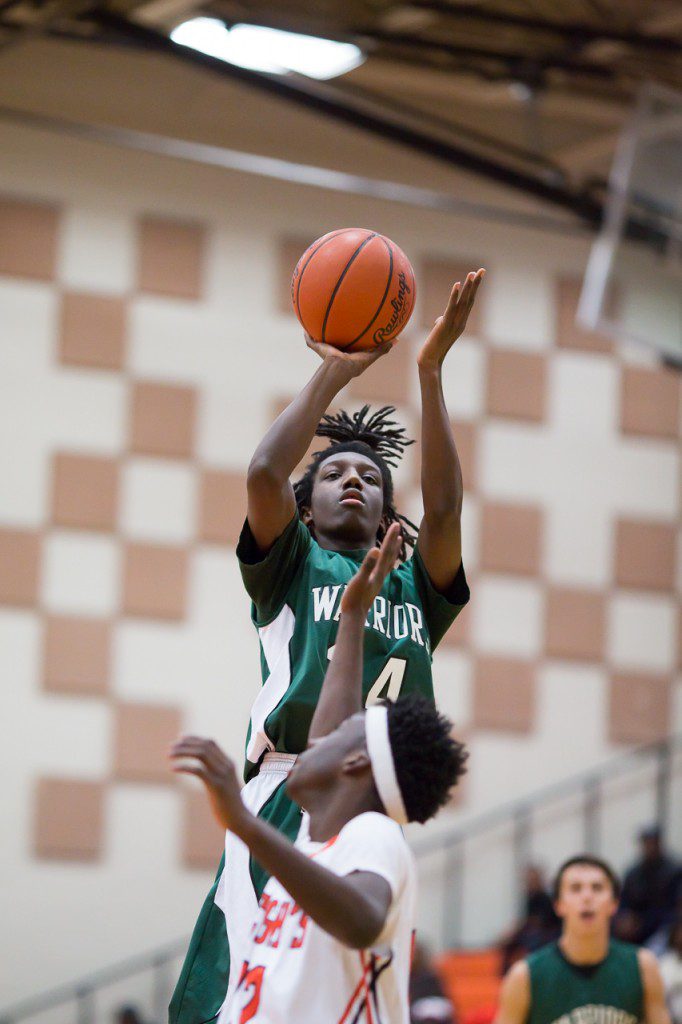