MUSKEGON – Pretty much everyone expected Friday night’s O-K Black Conference showdown to be a scoring contest between Muskegon’s Mardrekia Cook and Mona Shores’ Jordan Walker, two of the top girls basketball players in the state.

But it was two Muskegon role players who made the difference in the contest.

Cook led the Big Reds with 18 points, but juniors Rahmeen Hamilton and Tierra Williams each added 15, pushing Muskegon to a surprisingly easy 69-56 over the Sailors at Redmond-Potter Gymnasium.

Hamilton played a particularly big role, hitting four 3-pointers in the contest, including three in the first half, when the Big Reds took control.

“This was a great breakout game for her,” said Muskegon Coach Rodney Walker, whose team improved to 4-1 overall and 1-0 in the conference. “She did a good job knocking down open shots, which made it difficult for the other team to want double-down low.”

Jordan struggled for Mona Shores (6-2, 0-1), having her least productive game of the season so far with 12 points, including only four in the second half.

Jordan and the Sailors were frustrated by a strong Big Red defensive effort.

“We did a real solid job defensively throughout the night,” said Walker. “We executed really well offensively but we still have a lot of work to do.

“We took advantage of some of things they (Mona Shores) didn’t do well and we did a good job shutting down their three-point shooting.”

Muskegon fired at all cylinders offensively, shooting over 70 percent in the first half and over 50 percent overall.

“We did not stay focused on our defensive strategy,” said Mona Shores Coach Brad Kurth. “When we got down, we didn’t follow our game plan.  I give Muskegon a lot of credit. They had the best shooting game I have ever seen in my career.”

The contest remained close throughout the opening quarter.

The Big Reds erased their only deficit, going on an 11-0 run to turning a two-point disadvantage into an 18-9 lead.

The Sailors responded closing the first quarter with a 7-2 run, leaving Muskegon with a 20-16 edge at the first buzzer.

The Big Reds opened the second quarter strong, going on an 8-0 run with a pair of buckets apiece from Williams and Andrea Pullman, giving their team a 28-16 lead with 5:48 left in the first half.

The Sailors pulled within nine points once, but Muskegon headed into the locker rooms with a 39-27 lead.

Muskegon led by as much as 16 points in the third quarter, and had a 52-41 lead heading into the fourth. Five different Big Reds scored during the quarter.

Cook, who had 11 points through the first three quarters, led Muskegon with seven points during the final stanza.

The Sailors were led by freshmen Alyza Winston with a game-high 20 points. She also chipped in four steals. 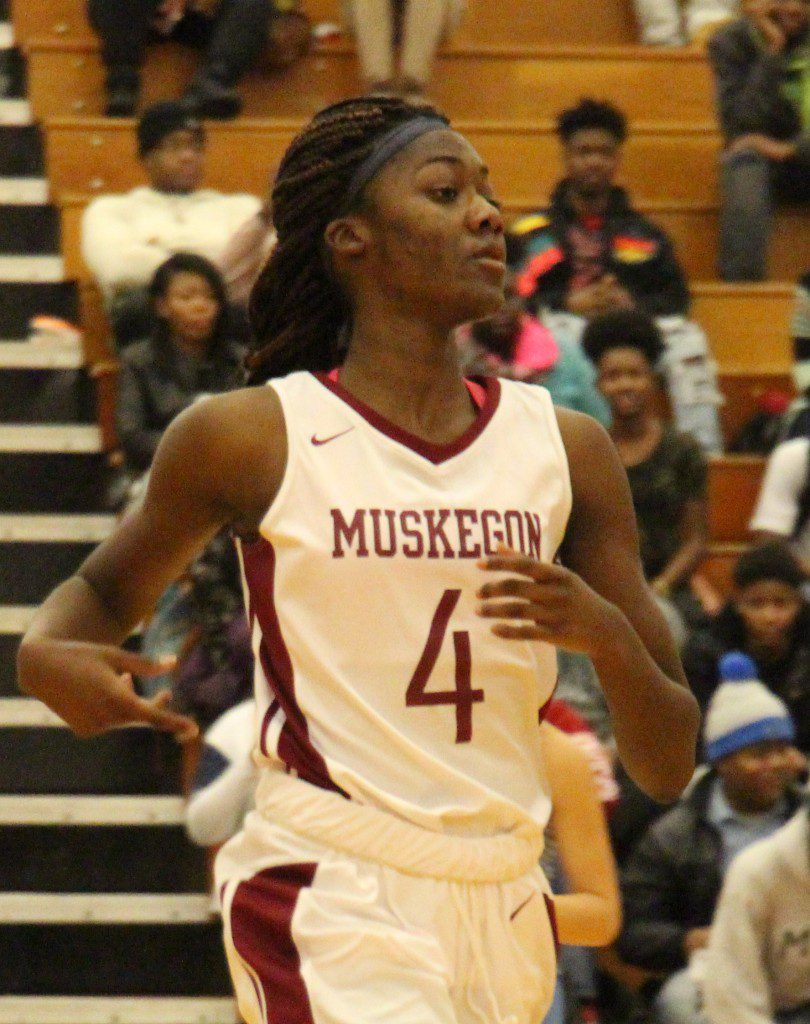 Muskegon’s No. 4 Rahmeen Hamilton cruises to the back court after draining a 3-pointer. Photo/Jason Goorman 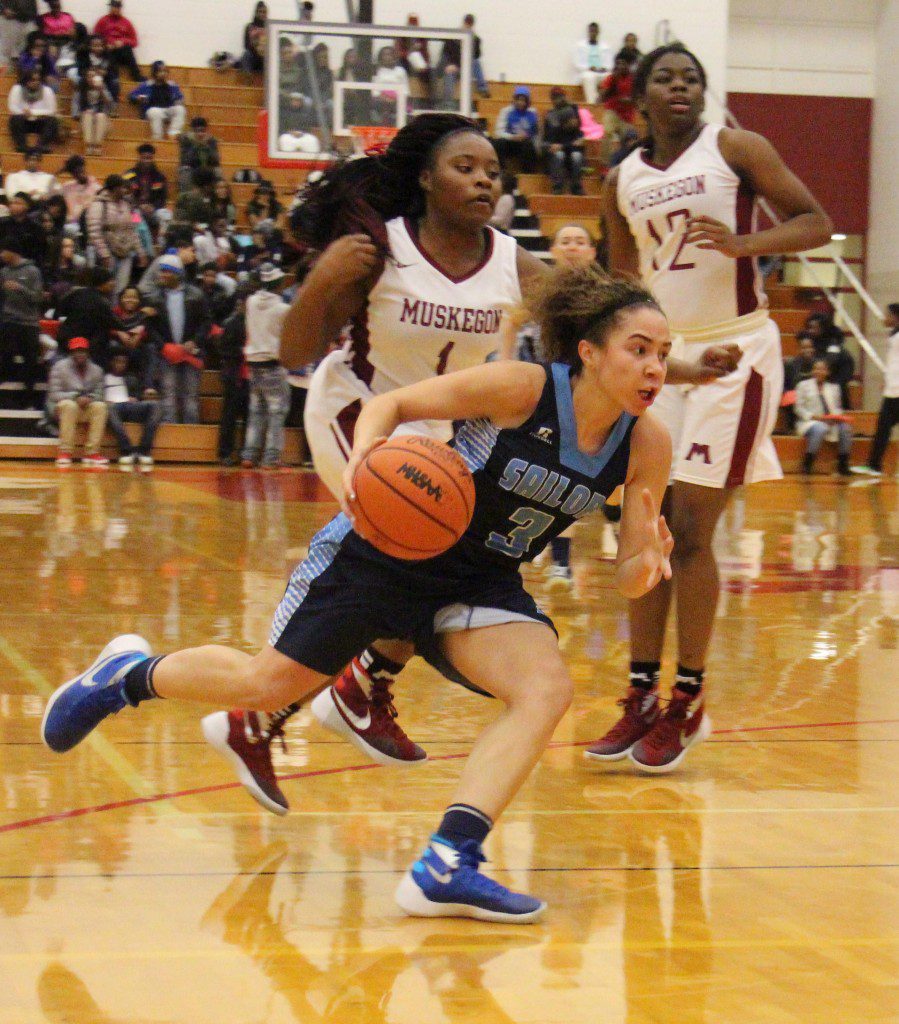