NORTON SHORES – Charles Barkley once said, “Any knucklehead can score, but it takes brains to rebound.”

Maybe that’s why Mona Shores senior Kobe Burse has excelled so well at the craft on the basketball court.

Despite standing just 6-1, Burse recently became Mona Shores’ all-time career leader in rebounding. He surpassed the 500 mark against Kenowa Hills on Jan. 22 and is now over 550. 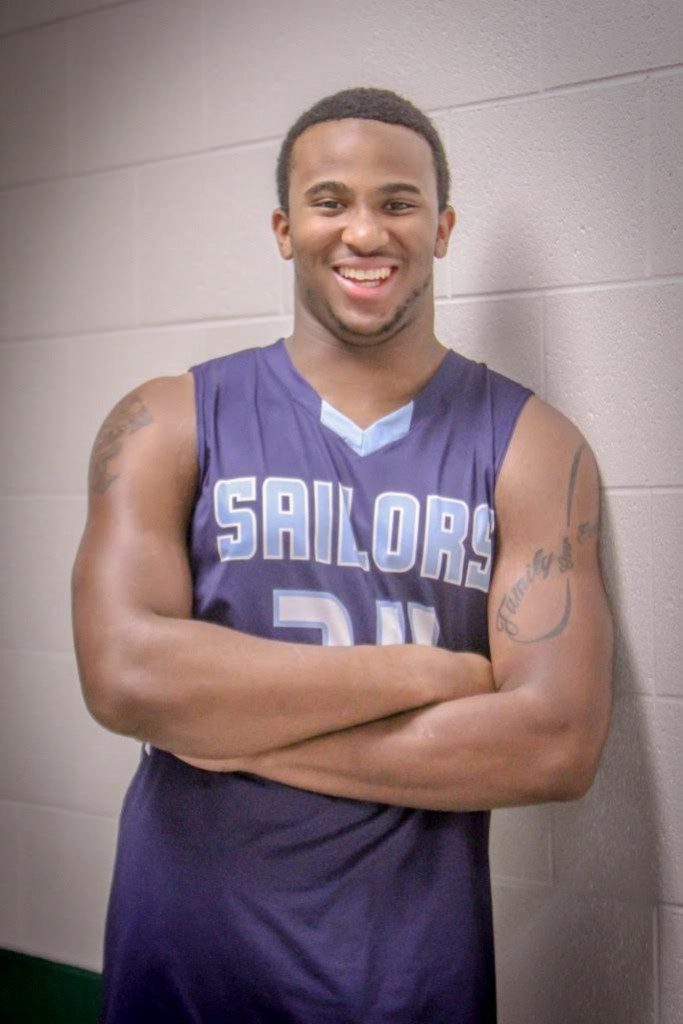 And Burse proves Barkley’s theory, because he certainly has brains. He sports a 3.5 grade point average and was recently named a finalist for the Scholar-Athlete Award presented by the Michigan High School Athletic Association.

Burse said it’s a combination of factors that have helped him become the rebounding king at Mona Shores.

“I think a lot of it is because of the time I’ve spent in the weight room,” said Burse, who is a rock-solid 210 pounds. “When the shot goes up, I just have the mindset that the other player can’t box me out. And I think I’m a lot quicker than most guys that are 6-4 or 6-5.”

Mona Shores Coach Gene Gifford has seen plenty of instances of Burse outworking the opposition for rebounds over the past three seasons.

“It’s a combination of things with Kobe,” he said. “He has very good quickness, and he’s gotten stronger every year. He’s very aggressive going after the ball.

“But a lot of it is that he’s a very competitive person. He plays with an attitude that every rebound is his. He takes pride in that and his defense. He wants to guard the best player every time he’s out there.”

Burse has followed up the double-double production of his junior season with similar stats this season. He’s currently averaging 11.1 points, 10.8 rebounds, 3.7 assists, 3.1 steals and 1.3 blocks per game for the Sailors.

His consistent production has been a bright spot in an otherwise dismal first half of the season for Mona Shores, which have struggled to a 3-8 start.

“We’ve got a good, athletic team, but it’s weird,” Burse said. “Some days things don’t go too good as far as scoring, and then other games, our defense is not where it’s supposed to be at.

“Once we find a way to put everything together, we can get things rolling.”

Basketball was Burse’s first love. He was heavily influenced by his father, a former standout at Muskegon Heights High School.

Doug Burse helped lead the Tigers to state championships in 1978 and 1979. He currently serves as an assistant on Gifford’s coaching staff at Mona Shores, allowing him to be a mentor to his son, both at home and at the gym. 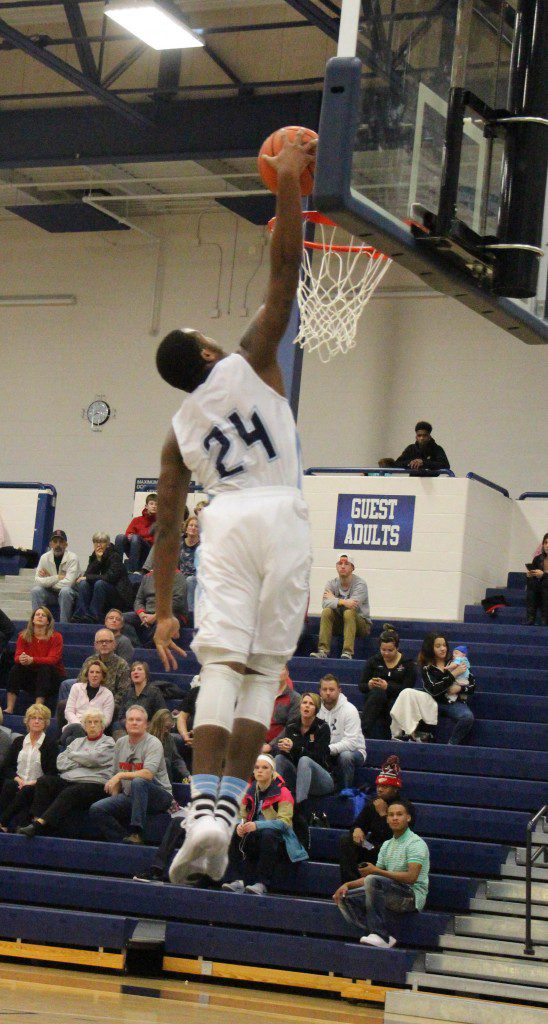 Mona Shores’ Kobe Burse glides in for the dunk against Spring Lake on December 15. Photo/Jason Goorman

But a strange thing happened on the younger Burse’s path to a potential college basketball career: Football became priority No. 1.

“It was between my sophomore and junior year that football became my favorite,” he said. “The success we had as a program had a lot to do with it, but more colleges came along and I was able to get a lot more exposure.”

A school that was highly interested in Burse’s combination of physicality, speed and explosiveness was Miami, Ohio.

Head coach Chuck Martin, who made a name for himself after leading Grand Valley State to a pair of Division 2 national championships, offered Burse a Division 1 scholarship, and he committed to the school last June.

“Coach Martin, he keeps it real with you,” Burse said. “He’ll tell you the truth right to your face, which I respect. And with his past coaching career at Notre Dame and Grand Valley, he’s got an impressive background.

“I just made a really strong bond with him and the first time I met the team, everything just clicked.”

Burse said Martin would like to start him out at strong safety, but wide receiver remains a possibility, as well.

“I just can’t wait to get started,” Burse said, who will leave for the Oxford, Ohio school in late June. “I’m just excited to experience college life and try to be the best I can be in football. It’s like starting a whole new life.”

But with the new chapter, Burse vows he’ll always remember where he came from.

He said he’ll never forget the thrilling Division 2 state semifinal upset of Farmington Hills Harrison in 2014 in football, propelling the Sailors to their first state finals appearance in school history.

He’ll also never forget the influences that helped make him a well-rounded student-athlete. He plans on majoring in sports psychology or sports management at Miami.

“Actually, my grandma (Shirley Riley) always pushed me to do well in school,” he said. “She always wanted to know my grades before I even got them from my teachers. She was really strict, but that helped me. School always comes first and I stuck with that.

“Just the fact that I’m a three-sport student and I’m still able to get good grades, I’m proud of that.” 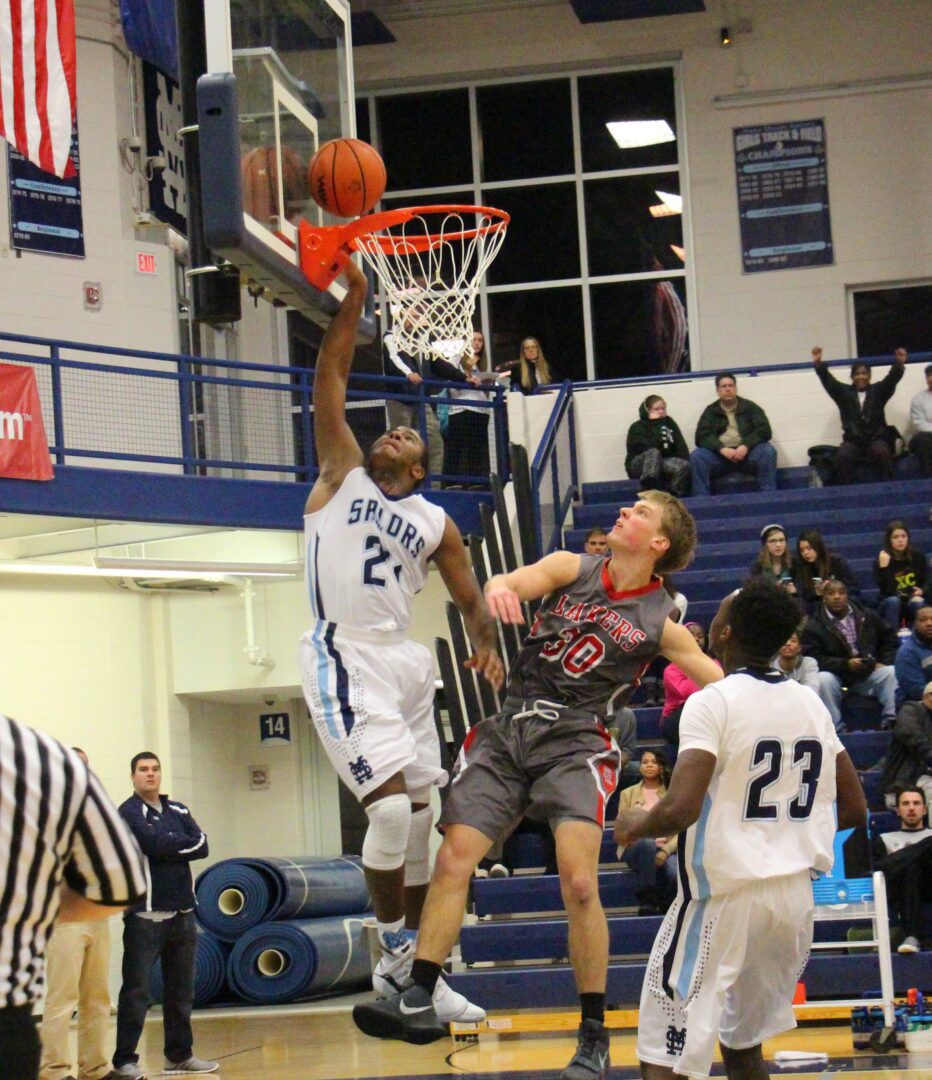 Tuesday soccer roundup: Maggie Evans nets a hat-trick for Whitehall in victory over Montague on Tuesday