The way the Vikings are excelling, who knows when it might end? 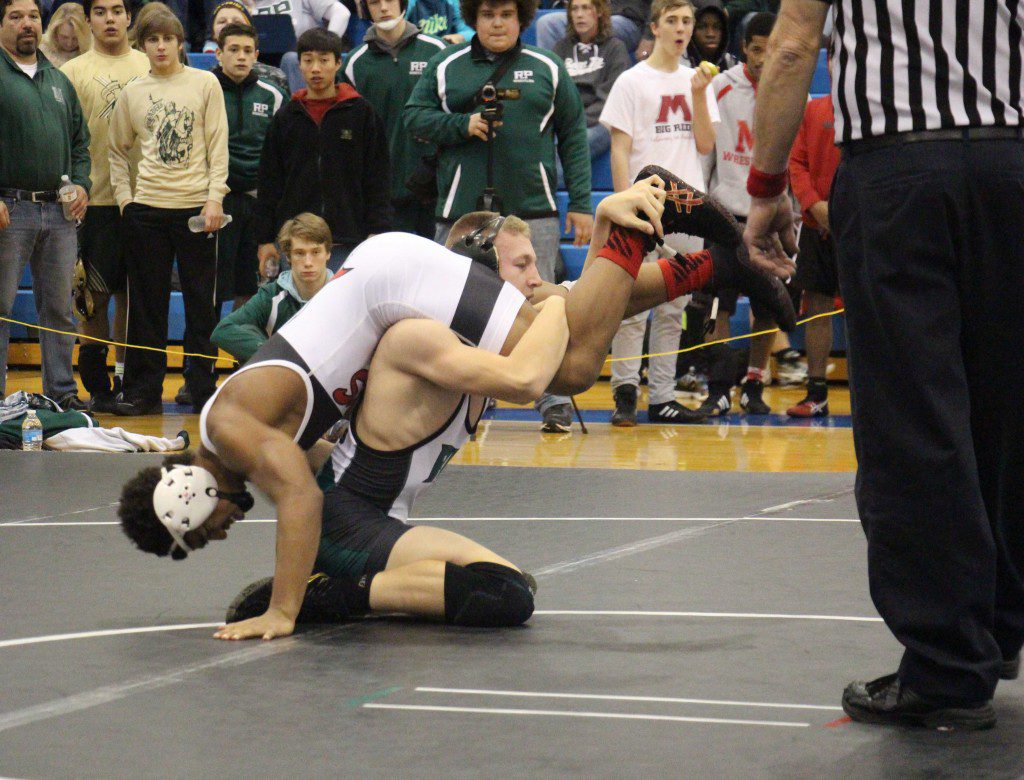 That means the Vikings had finalists in nine of the 14 weight classes, which is quite an accomplishment by any measure.

Whitehall Coach Cliff Sandee said it wasn’t his team’s best performance, but he was happy his athletes kept the winning tradition intact.

“I didn’t like the process today, we didn’t wrestle very well but we got what we thought we would out of our seniors who were good,” Sandee said. “We weren’t the most physical team in every match and that’s something we pride ourselves on because we don’t want people looking forward to facing us.”

Like his team, Whitehall’s Reiley Brown has been a dominant force at the city meet for years.

Brown, a senior who won an individual state title last year, became only the sixth wrestler in tournament history to win a city title four years in a row.

“I’m glad I can set an example for future kids that are coming into the program who are going to do the same thing as me,” Brown said. “It’s more important to me that we won as a team than winning individually.” 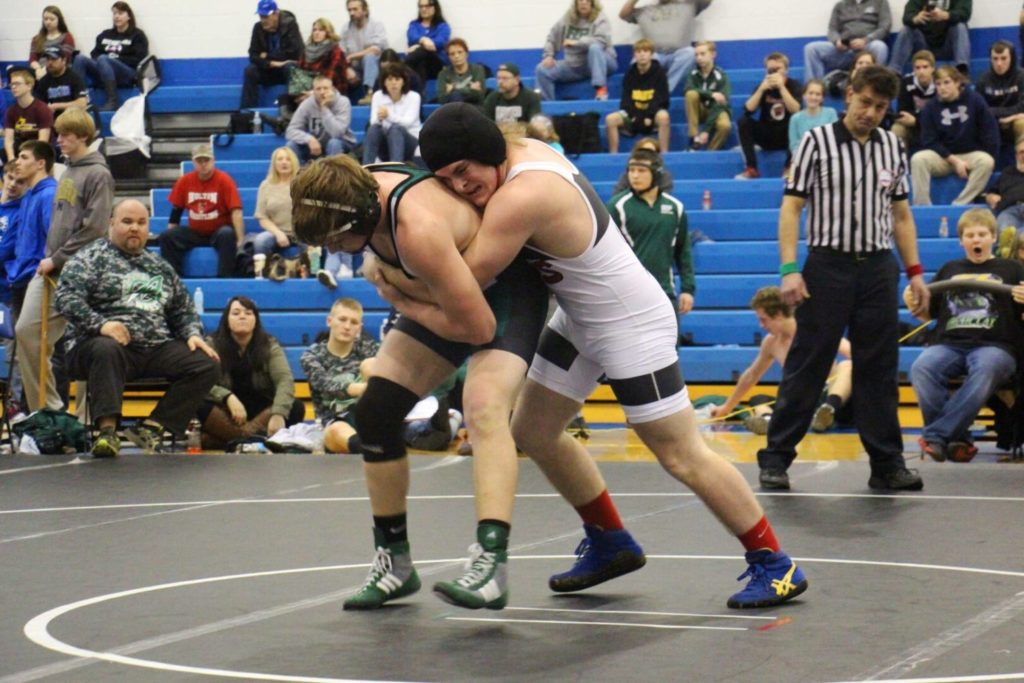 Luke Morningstar for Whitehall wraps up Reeths-Puffer’s Dawson Romanosky in their championship match for the 189 pound title. Photo/Jason Goorman

“He’s pretty good and we’re lucky to have him,” Sandee said. “I think he’s pinned every kid he’s wrestled in the county, not just in the tournament but throughout dual meets and other tournaments.”

Powers fell just short in one of the most competitive matches of the championship round. He lost 14-12 to Matthew Lipka of Montague in a back-and-forth battle that came down to the final seconds.

Balaskoitz scored multiple points in the final minute and seemed to have momentum, but ultimately was unable to overcome Lipka’s early lead.

“He’s a really good wrester and I had to give everything I had to stay ahead,” Lipka said. “They called me for stalling a couple times, he was kind of pushing me out, I was trying to stay in, but I wanted to make sure I stayed ahead and won the match.”

Wilson and Murar became the first individual city champions for Muskegon in more than a decade.

“It feels really good to be a city champion because Muskegon hasn’t had one in a while,” Wilson said. “It shows that Muskegon is on the rise and we’re working hard just like everyone else.”